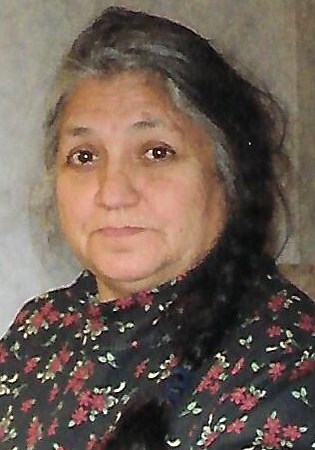 BORN
August 10, 1945
DIED
December 4, 2020
Irene Jane Fischer Irene Jane Fischer, 75, of Hershey, passed away Dec. 4, 2020, at her daughter's home. She was born Aug. 10, 1945, in Pueblo, Colorado, to Roy and Elsie (Wagner) Young. Irene grew up in Colorado, Oregon and Alaska. She graduated from high school in Thorn Bay, Alaska. She worked as a nurse in Boulder and Denver, Colorado. Irene moved to Sutherland and was working at the hospital there when she met Dyall Fischer. They were married Sept. 8, 1967 in North Platte and have lived on their own home place near Hershey ever since. Irene was an animal lover and had a way with them. She fostered many dogs and offered hospice for many through the years. She watched many children and was a second mother to lots of people. Her legacy of love will be how she took care of those around her, humans and animals alike. Irene was preceded in death by her parents; son, Dan; brothers, Edward Young, Glenn Young, Frank Young. Survivors include her husband, Dyall of Hershey; three children, Mark Fischer of Hershey, Stephen Fischer of Omaha, Julia (Mitch) Musser of Maxwell; nine grandchildren, Brett, Avery, William, Hannah, Zach, Matthew, Austin, Gage, Payge; sisters, Betty of San Diego, California, Leona Lindvall of Sun City, Arizona, and Linda Bluebaum. Memorials are suggested in Irene's memory. Online condolences may be shared at adamsswanson.com. Services will be at 2 p.m., Tuesday, Dec. 8, at Hope Baptist Church in Sutherland with Pastor John Sexson officiating. The service will be livestreamed on the Adams & Swanson Facebook page for those not able to attend. Burial will follow at Riverside Cemetery in Hershey. Visitation will be from noon-7 p.m., Monday, Dec. 7, at Adams & Swanson Funeral Home, which is in charge of arrangements.
To plant trees in memory, please visit our Sympathy Store.
Published by North Platte Telegraph on Dec. 6, 2020.
MEMORIAL EVENTS
Dec
7
Visitation
12:00p.m. - 7:00p.m.
Adams & Swanson Funeral Home - North Platte
421 W. 4th St., North Platte, NE 69101
Dec
8
Service
2:00p.m.
Hope Baptist Church
, Sutherland, Nebraska
Funeral services provided by:
Adams & Swanson Funeral Home - North Platte
GUEST BOOK
Sponsored by Adams & Swanson Funeral Home - North Platte.
7 Entries
Praying for comfort for your family. So sorry for your loss.
Susan Schliep
Acquaintance
December 10, 2020
Sorry for your loss, Julia.
Linda Liakos
December 8, 2020
I love you all! Your mom will always be watching over you, and have your back! Prayers for comfort for your entire family!
Tarry Jording
December 8, 2020
She was a wonderful sister/Aunt to grow up with. So Kind and caring to me and will always remember our days in Alaska sharing the same bedroom. It was the first time and a wonderful gift for me to cherish. We had some great times and laughs. She was the first Student to graduate from Thorne Bay High School. She was a joy and I am sure she will be really missed by her family. She was not one to want to be a burden to anyone so, she went on her own terms and may God welcome her with open arms and may she rest in peace. May you the family drawn strength from knowing she is okay now and would not want you to be sad. God Bless you Dyall and your family. With all our love The Blubaum's
Lynda Blubaum
Sister
December 7, 2020
julia & Mitch & all your families;
We were so very sorry to hear of the loss of your Mother.
May God Bless & Comfort you during this sad time.
Our Love & Prayers are with you.
With Loving Sympathy,
Leo & Judy Dailey
LEO & JUDY DAILEY
Friend
December 6, 2020
Condolences to the family (Julia) of this wonderful woman!
Keith Allen
December 6, 2020
My heart goes out to you. Prayers to heaven. May you always keep the memories
Dorothy Stoner
December 6, 2020