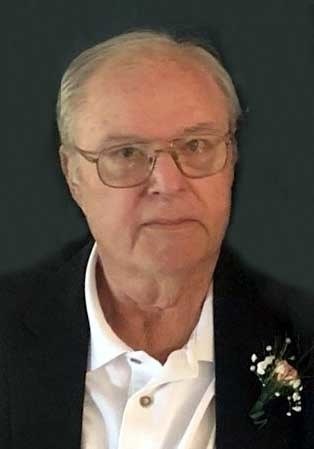 Melvin Dean Kurth Melvin Dean Kurth, 78, of North Platte, died unexpectedly at home on April 14, 2021. Dean was born Aug. 27, 1942, to Melvin and Betty Kurth at Callaway and grew up in Gurley. Following his high school graduation, Dean enlisted in the U.S. Air Force then, after his honorable discharge, returned to Nebraska to attend college. He spent a year at UNL then went on to graduate from the University of Nebraska at Omaha with his B.S. in 1972 and later earned his master's degree in accounting, all while working for Enron. Dean continued his employment with Enron until moving to North Platte in 1987 to work for the University of Nebraska Business Development Center, from which he retired. While going to school in Lincoln, Dean met Cheryl Costello. They marriedon Jan. 31, 1965, in Marysville, Kansas. They raised two children and were the proud grandparents of six grandchildren and four great-grandchildren. Dean was a great husband, father and grandpa who was always there for his family. He was a member of First Presbyterian Church and Gift of Hope. Dean was preceded in death by his parents. He leaves behind his wife, Cheryl; and children, Michael (Ruth) Kurth and Kristin Kurth, all of North Platte; grandchildren, Micah (Shayla) Miller, Joette (Jake) Metcalf, Sierra (Jordan) Gardner, Tori Kurth, Mason Kurth and Rylee Kurth; great-grandchildren, Myles, Jaxon, Kai and Leilani; his brother, Roy Kurth, of Gurley; sister, Mary Ann (Don) Brasher, of Seattle, Washington; and other family. In lieu of flowers, memorials are suggested to the church or Gift of Hope. Cremation was chosen. Memorial service will be at 12:30 p.m. on Friday, April 23, at the First Presbyterian Church and livestreamed through the church at fpcnp.org.The memorial book may be signed online at odeanchapel.com. or from 10 a.m. to 6 p.m. Thursday at Odean Colonial Chapel at C & Sycamore, which is in charge of arrangements.
To plant trees in memory, please visit our Sympathy Store.
Published by North Platte Telegraph on Apr. 18, 2021.
MEMORIAL EVENTS
Apr
23
Memorial service
12:30p.m.
First Presbyterian Church
69101
Funeral services provided by:
Odean Colonial Chapel
GUEST BOOK
Sponsored by Odean Colonial Chapel at C & Sycamore.
0 Entries
Be the first to post a memory or condolences.