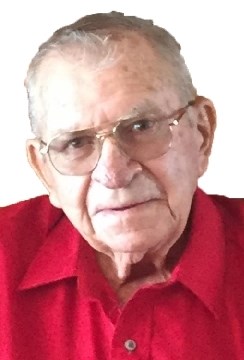 BORN
August 4, 1939
DIED
April 25, 2021
FUNERAL HOME
Adams & Swanson Funeral Home - North Platte
421 W. 4th St.
North Platte, NE 69101
Ronald D. Schleeman, Corporal U.S. Army, 81, of Maxwell, passed away April 25, 2021, at his home in Maxwell. He was born on Aug. 4, 1939, near Stockville, to Richard and Bessie Schleeman. He attended country schools around Curtis and Stockville until the eighth grade and graduated from UNSTA in Curtis in 1957. Ron then entered the U.S. Army in October 1958 and served most of his tour in Germany. He married Regina Cox and to this union, Lori and Rodney were born. Later he married Gerri O'Connell. He was a Nebraska State Brand Inspector, serving North Platte before transferring to Holdrege. He owned and operated the Branding Iron Lounge in Bertrand for a number of years. Ron then moved to Las Vegas in 1985 where he worked at several golf courses and started his own landscaping business. In 2018, Ron moved to Maxwell to be near his family. Ron loved to golf and do yardwork. He was an avid card player, loved to haggle, always looked for a "good deal" and enjoyed going to garage sales. He had numerous dogs that were all named "Buddy," except for one, which was named "Friday." He is preceded in death by his parents; brothers, Marvin and Darwin; sister, Jean; infant son, Richard Daniel; and grandson, Jacob Daniel Meyer. Ron is survived by a daughter, Lori (Casey) Meyer of Maxwell; son, Rodney Schleeman of Maywood; granddaughters, Kylee Meyer and Sarah (Christopher) Borden; grandsons, Jack Meyer and Tyler and Zack Schleeman. Memorials are suggested to Maxwell Fire and Rescue. Online condolences may be shared at adamsswanson.com. Graveside services will be at 9:30 a.m. Monday, May 10, at Fort McPherson National Cemetery, near Maxwell, with Pastor Timothy Lyzenga, First Baptist Church, Maxwell, officiating. The service will be livestreamed via the Adams & Swanson Facebook page for those unable to attend. Services will follow the current COVID-19 health directives and masks are required. Book signing will be from 9 a.m. to 5 p.m., Friday, May 7, at Adams & Swanson Funeral Home, which is in charge of arrangements.
To plant trees in memory, please visit our Sympathy Store.
Published by North Platte Telegraph from Apr. 29 to May 6, 2021.
MEMORIAL EVENTS
May
7
Visitation
9:00a.m. - 5:00p.m.
Adams & Swanson Funeral Home - North Platte
421 W. 4th St., North Platte, NE 69101
May
10
Graveside service
9:30a.m.
Fort McPherson National Cemetery
, Maxwell, Nebraska
Funeral services provided by:
Adams & Swanson Funeral Home - North Platte
MEMORIES & CONDOLENCES
Sponsored by Adams & Swanson Funeral Home - North Platte.
0 Entries
Be the first to post a memory or condolences.