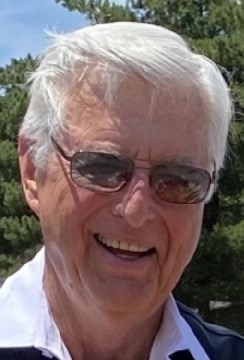 FUNERAL HOME
Bullock-Long Funeral Home
409 Warren Street
Grant, NE
On Nov. 11, 1946, Ted Lecortus Evans was born to Fredrick Smith and Marjorie Jean Evans in Lincoln. When Ted was 3 years old, the Evans family made the move back to Wallace, where Fred's family had ties. Ted's middle name comes from his great-grandfather, Philanderous Lecortus Harper, who was known for his generosity, and so was Ted. Ted developed lifetime friendships in Wallace. David Anderson, and the entire Gire family, were particularly special in Ted's heart. After graduating high school, Ted entered the U.S. Army, where he was trained as a sharpshooter and worked as an ambulance driver, using skills he began developing as a 4 year-old when he started driving a tractor and pulling a trailer. After his discharge from the army, Ted attended college at the University of Nebraska-Lincoln. Ted was particularly adept with his hands, had a sharp, deductive mind and was good at problem-solving. Ted took a job as a warehouseman for Jerrold Electronics in Lincoln. It wasn't long before he was climbing poles. Soon he was in high demand as a lineman and trouble-shooter. This caused Ted to be on the road constantly. In 1967, Ted met Kris at a national church convention for the Congregational Church in Racine, Wisconsin. She couldn't forget him that twinkle in his eye and that winning smile. They corresponded, made phone calls, and eventually, Ted popped up on her doorstep. On June 27, 1969, they were married in Marysville, Kansas, beginning a lifetime adventure. Ted and Kris had two children, Darrin and Laura, five years apart. Their early years together were spent on the road. Homeschool was a great option. Ted graduated Manitou Electronic Trade School in Manitou Springs, Colorado, and took local system positions around the country, working his way up to eastern regional manager for Televents. He took a job as a corporate construction coordinator for a WOMETCO. He finally started his own CATV construction company. Ted and Kris each made a commitment to the Lord, and became convinced it was time for a career change away from cable TV. He had learned building skills from his father-in-law. Ted became a contractor of a different type: home remodeling. He eventually began specializing in high-end kitchen and bath remodels in the Atlanta area. It was here that their niece, Juliet, joined the family, adding another dimension to the family life. Ted remained in the Atlanta area until his father's health began to decline, making a total transition back to Wallace after his father died in 2009. Ted loved Wallace, the view from his windmill on top of the hill, the owls calling at night and the night sky. He didn't know his time there would be so short-lived. With his health declining, Ted and Kris moved to Montrose, Colorado, to be closer to better medical treatment, a milder climate, and fewer acres that still allowed for desired tractor play for Ted. Ted was bigger than life. He loved "fiercely." He was quick to protect his family or another if he felt danger. He never met a stranger. It was his mission to make people smile. He loved meeting people's needs. He lived a life of service. He always had a twinkle in his eye, a big smile and a hearty handshake to greet people. Ted was a very hard worker. But he eagerly embraced the seventh-day Sabbath after he studied it through. Some of the family's best memories were Sabbath activities together out in nature and time spent in worship and rest. Ted was having the time of his life right up until he became ill. He had 13 different construction projects started on the property, and true to form, none of them completed, when he died on May 25, 2021. His death was sudden after 12 days from the first symptom of COVID. Ted is at complete peace, sleeping until the Lord returns. No more pain. No more cancer. No more diabetes. No more heart issues. No more dementia. Just a beautiful, peaceful, rest. The next thing Ted will do will be to look Jesus in His sweet, beautiful face. What a day of rejoicing that will be! He'll be raised incorruptible, vibrant, and still have that smile! Ted is survived by his wife of 52 years, Christine (Kris) Moore Evans; son, Darrin Fredrick (Jennifer) Evans and their children, Caleb and Alaina; daughter, Laura Jean Evans-Kidd and her children, Jonathan and Josephine; and his niece, Juliet Moore Griffiths. Memorials are suggested to the North Platte SDA Church Sidewalk Fund, PO Box 1441, North Platte, NE 69101. Graveside services will be at 10:30 a.m. Thursday, June 24, at Morning View Cemetery, Wallace, with Pastor George Goddard presiding. A picnic meal in the park will be provided by the Wallace UMW following the service. Bullock-Long Funeral Home, Grant, is in charge of arrangements.
To plant trees in memory, please visit our Sympathy Store.
Published by North Platte Telegraph on Jun. 23, 2021.
MEMORIAL EVENTS
Jun
24
Funeral service
10:30a.m.
Morning View Cemetery
Morning View Road, Wallace, NE
Funeral services provided by:
Bullock-Long Funeral Home
MAKE A DONATION
MEMORIES & CONDOLENCES
Sponsored by Bullock-Long Funeral Home.
0 Entries
Be the first to post a memory or condolences.