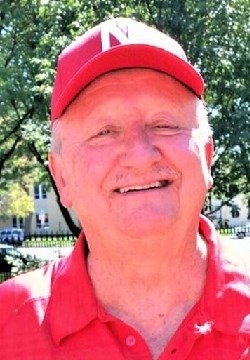 It is with sadness that we announce the passing of Terry Alan Discoe in Sun Lakes, Arizona, on Dec. 23, 2021, at the age of 79. He was born in North Platte on Nov. 6, 1942, to O.L. "Barney" Discoe, Sheriff of Lincoln County, and Hazel (Baskins). Terry attended elementary school in North Platte where he met his lifelong friend, Larry Andrews. In high school, Terry enjoyed football, basketball, pole vaulting and dating. He completed his bachelor's degree at Doane University in Crete, where he proudly played quarterback for his alma mater. He then moved to Santa Fe, New Mexico, to start his career in teaching and coaching and to begin his lifelong hobby of cooking hot and spicy foods. Terry then moved to Colorado where he earned his master's degree and went on to teach high school students math and coach football in Greeley, Colorado, right through to his retirement when he moved to Sun Lakes in 1997. Terry will be remembered for his love for his wife, family, friends, students and football teams. His passions also included gardeningespecially his tomato plants for his hot and spicy salsacooking, tennis, golf and always football. Previously married, his "first Diane" is the mother of his children, Lisa and Alan. He later married, and was widowed, with his "second Diane." In 2015, he met Roberta Sandra LaBute and they married on Feb. 1, 2017, at the Little White Chapel in Las Vegas. From there, they enjoyed their time together seeing friends and family while living in Sun Lakes and traveling to Show Low, Arizona, Halfmoon Bay, British Columbia, and other places around the world. Beloved husband of Roberta Sandra LaBute; beloved father of a daughter, Lisa (Reuben) Jensen and beloved grandfather of their children, Casey, Justin, Vanessa, Hope and Michaela; beloved father of a son, Alan (Alyssa) and beloved grandfather of their children, Madeline, Julene and Andrew. In lieu of flowers, donations are suggested to the American Cancer Society.
Published by North Platte Telegraph on Jan. 15, 2022.
To plant trees in memory, please visit the Sympathy Store.
MEMORIAL EVENTS
To offer your sympathy during this difficult time, you can now have memorial trees planted in a National Forest in memory of your loved one.
MAKE A DONATION
Please consider a donation as requested by the family.
MEMORIES & CONDOLENCES
0 Entries
Be the first to post a memory or condolences.