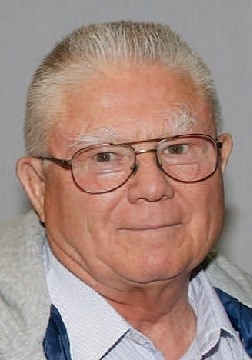 Our heavenly Father called Wayne K. Weston, M.D., home on May 22, 2021. Wayne passed while at Bergan Mercy Hospital, Omaha, after a brief illness. Wayne graduated from Alliance High School, where he lettered in high school football. He also graduated from Chadron State Teachers College, where his activities included boxing as a Golden Glover and running five miles each morning before classes. While attending the University of Nebraska Medical School, Wayne was honorably discharged from the Army National Reserve. He interned at Bishop Clarkson Hospital in Omaha. Upon completion of his medical training, Wayne joined the medical practice of Drs. Bryant P. Olsson and Jerry Haskin in 1968. Dr. Elfeldt joined the practice, which evolved into Plum Creek Medical Group. In addition to his medical practice, Wayne was a coach for the Lexington Jaycees Boxing Team that had several fighters enter Omaha Golden Glove tournaments. He also ran an Omaha Riverfront Marathon as well as baking sourdough bread and melt-in-your-mouth pies. Wayne was a founder of the Lexington Community Foundation, a member of the Jaycees, the "Bent and Spent" and Rotary Clubs. When the Tri-County Hospital was being planned, Wayne and his wife visited several Nebraska hospitals to evaluate design features. The new emergency room, the lab and the X-ray department incorporated the ideas they brought back. Wayne was the first doctor to be a member of the hospital board and was elected to serve several terms. He and Norma Abboud, RN, started the area HOSPICE program. In recognition of his contributions, the Nebraska Jaycees named Wayne one of three Outstanding Young Men in 1973. Wayne was a Board Certified Family Practice Specialist and a life-long member of the National and Nebraska American Academy of Family Practice. Wayne retired from the Plum Creek Medical Group in 1995 as the oldest doctor in Lexington. He joined the staff of the Great Plains Regional Medical Center as an emergency room physician, working seven 24-hour shifts each month. In 2005, he was named the Center's "Caring Kind Award Winner". To the Center's staff, he was "Our Teddy Bear Doctor." Wayne continued his medical career by joining the North Platte Twin Rivers Urgent Care medical team in 2008. He also covered clinics in Grand Island and Hastings on holidays and other times of staff shortages. He retired from Twin Rivers on August 1, 2019, at age 82. Wayne and his wife then moved to LaVista to reside with their single-parent son and his children. An avid reader of the Bible, Wayne instilled trust and love of God in his sons as first and foremost in their lives, followed by love of family and country. Wayne believed in the best of people and didn't judge anyone by their station. The words he bestowed were often, "God bless you. I am proud of you. I believe in you." His genuine smile, pats on the back, and hugs portrayed his sincerity. He attended the Lexington Church of Christ and, in the latter part of his life, he took Bible study correspondence courses to become a qualified evangelist. Wayne leaves behind his wife of 60 years, Loretta "Lorie"; his two precious sons, Benjamin and Samuel Weston; a sister, Anna Smith; a brother, Gary Weston and his wife, Sharol; brother-in-law, Gene (Mary) Pinsky; sisters-in-law, Faye (Charles) Weston, Carol (David) Card and Irene Pinsky Murray; 10 grandchildren; and nephews, nieces, and cousins. Remembrances may be sent to the Weston Memorial Fund, c/o Loretta Weston, 9902 Melissa Circle, LaVista, NE 68128. His family honored Wayne's wish to rest beside his mother, Clara, whom he lost when he was only three. Both are now interred in the Pringle, South Dakota, Cemetery, one of God's Yards.
Published by North Platte Telegraph on Sep. 15, 2021.
To plant trees in memory, please visit our Sympathy Store.
MEMORIAL EVENTS
To offer your sympathy during this difficult time, you can now have memorial trees planted in a National Forest in memory of your loved one.
MAKE A DONATION
MEMORIES & CONDOLENCES
4 Entries
Dr Weston was the first physician I met when arriving in North Platte. He was the kindest soul. He cared for everyone he met. RIP Dr Weston you will be missed so much.
Sally
September 16, 2021
Such a sweet, kind and caring soul! He will be missed by many. Prayers!
Megan Lampe
September 15, 2021
I cherish many happy memories of working with Dr Weston. We had many laughs that got all of us through tough times. He gave the best hugs and pats on the back. Always words of kindness. He was truly a blessing as a friend and doctor.
Marguerite Grandberry
September 15, 2021
I knew Dr Weston from the hospital.. I worked in radiology.. He was always very kind and nice to work with!! Always helpful had a kind word and a smile for everyone!!! Taught me that not all doctors yelled!!!
Tracy Shearer
Work
September 15, 2021
Showing 1 - 4 of 4 results