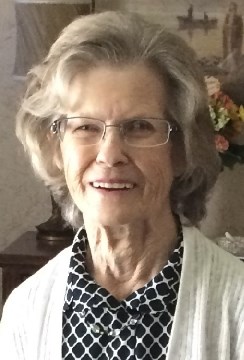 BORN
October 8, 1934
DIED
April 29, 2021
FUNERAL HOME
Adams & Swanson Funeral Home - North Platte
421 W. 4th St.
North Platte, NE 69101
Wilma Lee Dunham, 86, of Holladay, Utah, formerly of Maxwell, passed away April 29, 2021, in Utah. Wilma Lee was born in Pocahontas, Arkansas, to Cleo Howard and Ollie Jane Keel on Oct. 8, 1934. She had three brothers and one sister. Her family moved to El Mirage, Arizona, and that is where she grew up. Her first marriage was short, giving her a daughter. A few years later, she met and married Ralph Dunham, who preceded her in death in 2015. They had two sons and one daughter together. Since Ralph worked road construction in the early years, they moved all over Colorado. She was always a hard worker and held various jobs over the years. They retired to the small community of Maxwell and were active in their church. Wilma was loved by her church family and they looked forward to church family dinners because Wilma always brought her famous homemade pecan pie that everyone loved! Wilma was loved by everyone who met her. She was very nurturing and liked to joke with everyone. She was always quick with a clever comeback and enjoyed laughing with those she was around. Wilma is preceded in death by her husband, Ralph Dunham; parents, Cleo H. and Ollie Jane Keel. She is survived by brothers, Earl Keel of Glendale, Arizona, and Howard (Lolita) Keel of Sun City, Arizona; children, Linda (Brent) Bodily of Murray, Utah, Scott (Vickie) Dunham of Pahrump, Nevada, Pam (Jeff) Lebsock of North Platte and Matt Dunham of Sebago, Maine; nine grandchildren; and 22 great-grandchildren. Memorials are suggested to the donor's choice. Online condolences may be shared at adamsswanson.com. Funeral service will be at 10 a.m. Monday, May 17, at Adams & Swanson Funeral Home with George Cheek of Maranatha Bible Camp officiating. Burial will follow at Fort McPherson National Cemetery, near Maxwell. The service will be livestreamed via the Adams and Swanson Facebook page. Services will follow the current COVID-19 health directives and masks are required at Fort McPherson. Visitation will be noon to 6 p.m. Sunday, May 16, at Adams & Swanson Funeral Home, which is in charge of arrangements.
To plant trees in memory, please visit our Sympathy Store.
Published by North Platte Telegraph from May 1 to May 12, 2021.
MEMORIAL EVENTS
May
17
Memorial service
10:00a.m.
Adams & Swanson Funeral Home - North Platte
421 W. 4th St., North Platte, NE 69101
Funeral services provided by:
Adams & Swanson Funeral Home - North Platte
MEMORIES & CONDOLENCES
Sponsored by Adams & Swanson Funeral Home - North Platte.
1 Entry
Sending thoughts and prayers. Rose Fletcher
Karolyn fletcher
May 14, 2021