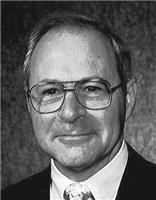 Twyman was born and raised in Rockbridge County. His parents built and operated South River Market for many years. Twyman grew up in the store environment where he served the public, learned work ethics and laid the foundation for his life's work of serving others.

After high school, he graduated from the Cincinnati College of Mortuary Science: his career began at Amole Funeral Home in Buena Vista. He was also associated with other funeral homes in the valley. He moved to Edinburg and opened his own funeral business in September 1991, purchasing an abandoned church building at Bowmans Crossing, which he remodeled, established and operated as Valley Funeral Chapel for 25 years until his retirement. During this time, he served the community in civic clubs and served his church, and a member of the Hamburg Ruritan Club holding numerous offices.

He loved serving people and was always ready to help those in need. He had a reputation for kindness and thoughtfulness and had many caring friends.

Much thanks and gratitude to our special friends of Johnson Funeral Service, Bridgewater VA for serving us.

Revelation 21:4: GOD will wipe away every tear from their eyes. Death will be no more; Neither will there be mourning, nor crying, nor pain, any more.
Published by Northern Virginia Daily on Oct. 21, 2021.
To plant trees in memory, please visit the Sympathy Store.
MEMORIAL EVENTS
To offer your sympathy during this difficult time, you can now have memorial trees planted in a National Forest in memory of your loved one.
Funeral services provided by:
Johnson Funeral Service - Bridgewater
MAKE A DONATION
MEMORIES & CONDOLENCES
1 Entry
We knew Twyman first as our neighbor and then as our friend for more than 50 years. We sure do miss him.
Rosemary Clower and son Zack
October 22, 2021
Showing 1 - 1 of 1 results