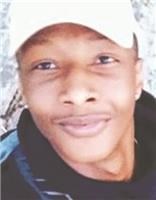 Jarrett accepted Jesus Christ as his Savior at an early age and was a member of Berean Baptist Church. Jarrett could be seen at a young age singing in the church choir with his mother as the choir director or helping his grandmother with various tasks around the church.

He attended Mecklenburg County Schools and graduated from Central High School in Woodstock, Virginia in 2019. True to his helping nature, Jarrett worked as a cellphone technician in Woodstock, Virginia. Jarrett never met a stranger and was always ready to lend a helping hand. He volunteered for Habitat for Humanity, Child Abuse Prevention Month Activities, and National Night Out in Front Royal, Virginia.

A lively, outgoing individual, Jarrett was known by his friends and family to be articulate, helpful, and ready for anything. Jarret embodied Gandhi's vision "Be the change you want to see in the world." Jarrett was creative and had a vivid imagination. So often he was characterized by his mother as a person who thought "outside of the box." Jarrett loved trucks; and would often be found riding and working on the big trucks with his grandfather. He enjoyed cooking, hiking, skateboarding, kayaking, woodworking, and anything that involved being outdoors, but most of all, he served as a good listener and was committed to making others happy.

Jarrett was loved by all whom he met and will be remembered for his big, beautiful smile and contagious laugh that was guaranteed to brighten your day.

Jarrett was preceded in death by his grandfather: Alphonso Carter.

Funeral services for Mr. Jarrett Marcus Cheatham will be conducted 1:00 P.M. Friday, October 22, 2021 on the campus of Berean Baptist Church, Chase City, VA with Rev. Marvin Harris officiating. Burial will follow in the church cemetery. Public viewing will be held on Thursday from 2:00 P.M. until 6:00 P.M. A mask is required for all viewings and services.

Arrangements are by Giles-Harris Funeral Home and Cremation Service, Chase City, VA. Online condolences may be expressed at www.harrisfhc.com
Published by Northern Virginia Daily on Oct. 20, 2021.
To plant trees in memory, please visit the Sympathy Store.
MEMORIAL EVENTS
Oct
21
Viewing
2:00p.m. - 6:00p.m.
VA
Oct
22
Funeral service
1:00p.m.
Berean Baptist Church
Chase City, VA
Funeral services provided by:
Giles-Harris Funeral Home and Cremation Service
MAKE A DONATION
MEMORIES & CONDOLENCES
2 Entries
May the love of friends and family carry you through your grief.
Carolyn Alexander
October 20, 2021
As the days and weeks pass, and as you return to life's routine, may you continue to feel comforted by the love and support of family and friends.
Crystal Harris Johnson
October 19, 2021
Showing 1 - 2 of 2 results