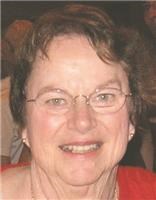 BORN
1944
DIED
2021
FUNERAL HOME
Maddox Funeral Home
105 West Main Street
Front Royal, VA
Ruth Anne (MacNeil) Troxell passed away on October 1, 2021, at the Winchester Medical Center, with her husband Wilson at her side. Ruth Anne was born on February 8, 1944, in Norfolk, Virginia, to Edgar LeRoy MacNeil and Madeline (Reed) MacNeil. Ruth Anne grew up in Richmond, Virginia, where she graduated from Douglas Freeman High School. She earned BS and Master Degrees in Education, with honors, from Longwood University.

Ruth Anne proudly taught lower elementary classes at A. S. Rhodes School in Front Royal, Virginia for 44 years. She also served as Head Teacher for approximately 15 years and chaired the Rhodes 50th Anniversary celebration. She was honored as the 2008 Rotarian Elementary School Teacher of the Year and the Warren County Teacher of the Year for the 1991/92 academic year.

Ruth Anne joined Calvary Episcopal Church in 1979. She served on the vestry, served as lay Eucharist minister and lay reader, worked with the catering committee, and was a founding member of the Wednesday morning Eucharist. She was a member of the adult choir, directed the children's choirs, and established a hand bell choir, which she directed for 20 years. At her death Ruth Anne was a member of St. Andrew's Episcopal Church in Mt. Jackson where she served as a lay reader, the chair of the St. Andrew's Card Ministry, and greeted everyone on Sunday mornings with a warm smile. At the time of her death she was the Secretary of the Southern Shenandoah Region of the Diocese of Virginia.

Ruth Anne joined the Alpha Delta Kappa International organization of women educators in 1990. She served as Necrology Chair of the state chapter from 1992-1994 and as President of the Winchester Alpha Rho chapter from 1996-1998.

She was a former member of the Front Royal Oratorio, singing under the direction of Dr. William Averitt, performing Haydn's "The Creation," Handel's "Messiah," Brahms "A German Requiem" and "Faure Requiem," and Britten's "A Ceremony of Carols."

She loved to travel, sing, read, and do needle work. She was a baker extraordinaire, winning many awards in the county fairs especially for chocolate chip cookies, blueberry muffins, and lemon pound cake.

Surviving with her loving husband of 34 years, Wilson, are many special nieces, nephews and dear friends.

Ruth Anne had a strong faith and loved unconditionally. She taught confidently with a soft voice. She suffered many challenges without complaint. She often shared hope, joy, and sorrow with a special note, card, or call. Her kind gentle spirit and warm smile made all feel special. Love you Ruthie - Wilson

Condolences may be sent to the family at www.maddoxfuneralhome.com
Published by Northern Virginia Daily on Oct. 23, 2021.
To plant trees in memory, please visit the Sympathy Store.
MEMORIAL EVENTS
Oct
30
Funeral service
11:00a.m.
Calvary Episcopal Church
132 N. Royal Avenue, Front Royal, VA
Funeral services provided by:
Maddox Funeral Home
MAKE A DONATION
Please consider a donation as requested by the family.
MEMORIES & CONDOLENCES
5 Entries
I enjoyed knowing Ruth Anne and sharing memories about her at Calvary Church. She was an amazing lady, so talented, yet so humble and kind. She will be missed. Wilson, I do send my sympathy for your loss.
David Wilson
Friend
October 29, 2021
Wilson, my heartfelt condolences for this wonderful educator, community leader, and friend. Growing up, I always enjoyed the times when she came to the house to visit my mom, who also happened to work at A. S. Rhodes Elementary school. We had great times at picnics with her, and I do remember her great baking as well. God bless you Ruth Ann as you enjoy your new heavenly home!
Leisa Good
October 26, 2021
I loved her. She was a wonderful teacher and an amazing person. I will forever miss her. I am truly thankful I was able to call her my friend.
Faith Baldwin
October 23, 2021
To the family of Ruth Anne: Wilson my heart goes out to you in your time of sorrow. I'm sorry to hear of the passing of Ruth Anne. You are in my thoughts and prayers that you will find peace and comfort in your memories of your short time with Ruth Annie. God bless you.
Linda Weaver McClanahan
Other
October 23, 2021
Wilson, my deepest condolences for the passing of your dear wife, Ruth Anne. May God wrap His loving arms around you in the days and weeks ahead.
Vicki Rudacille Davison
Friend
October 22, 2021
Showing 1 - 5 of 5 results