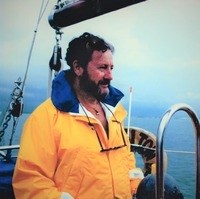 Al passed away at his home on 3 August 2021. He had been fighting multi myeloma, myelodysplastic syndromes (MDS) and aplastic anemia for nine years. He wrote his obituary, as follows, several years ago:

Alphee Adam Babineau was born at home in New Bedford, Massachusetts, on 15 December 35, to his proud parents, Katherine Praisnar Babineau and Alphee Joseph Babineau. He was fortunate in attending St. Peters Grammar School in Hartford, Connecticut, directed by the Sisters of Mercy to whom he owes many thanks for their educational inspirations and discipline. Upon this base he developed an interest in aviation through the Civil Air Patrol, and was a foreign exchange cadet, while earning an undergraduate degree with honors at the University of Connecticut. Upon graduation, as a Distinguished Military Graduate, he was commissioned as a Second Lieutenant in the United States Air Force, being the first student to transfer from Army ROTC, where he had been awarded the Outstanding Sophomore Award. At UCONN he participated in student government as a Senior Senator and in Sigma Phi Epsilon. Upon entry into active duty as a regular officer, he attended the usual navigation and Electronic Warfare Schools, and spent his flying career as a crew leader, instructor and Stan/Eval examiner. He graduated from the University of Southern California with a Masters of Business Administration, with highest honors and was accepted into the honor society of Beta Gamma Sigma. His Vietnam tour resulted in 150 combat missions, one Distinguish Flying Cross, and 19 Air Medals while flying in the RB-66C, RB-66B and EB-66E. He returned to Eglin AFB as a Test Engineer until his assignment to the University of Texas at Austin, where he was awarded a PhD in R&D management and invited to join Sigma Iota Epsilon and Phi Kappa Phi. After a tour at Air University as an AFROTC Management Course Director and Chief of Evaluations, he returned to Eglin as the Deputy Director for Acquisition Management. His last thoughts were to thank all the individuals who made his life interesting and enjoyable. Among them were Dr. Jon Reynolds, Tom Daigneault, Dan Smiley, Wayne Sloan, Terry Preiss, Dr. Raymond Farrer, Bob Burns, Stan Huffaker, Watt Costello, Jim Edge, Bob Powell, Al Sharpero, Carl Bell, Graeme Jones, and last but not least the three Guarino girls, Tourey, Katharine, and Denise. Alphee was predeceased by his parents and brother, Alfred, and leaves behind his companion of 35 years, Tourey; brother Alton and his wife, Mary Babineau, as well as numerous nephews and nieces. In Al's remembrance please donate to the American Cancer Society. [A Celebration of Life will be held at a later date.]