BORN
1953
DIED
2013
Maj. David K. Livingston, U.S. Air Force (Ret.)
"Doctor Livingston I presume..." Doc, a name given to him upon his first assignment by his squadron commander. No silver wings needed now; he has his own.
Originally from Dayton, Ohio, David entered the Air Force Academy and graduated in 1975. Doc became a fighter pilot, proudly serving his country for 20 years. After military retirement, Doc began working for the Fort Walton Beach Golf Club until his early earthly departure 18 years later.
David left behind his loving wife Cherie; his goober, Kelsey; doting mother, LaDona; and brothers, Bob and Steve; along with many family and friends too numerous to count. Arrangements are being made for a fall military send-off at Barrancas National Cemetery in Pensacola, Fla.
A celebration of life will be held at Two Trees Restaurant and the Fort Walton Beach Golf Club on Sunday, Dec. 29, from 3 to 5 p.m. We invite all who knew Doc or Cherie to join us.
Published by Northwest Florida Daily News from Dec. 26 to Dec. 27, 2013.
To plant trees in memory, please visit the Sympathy Store.
MEMORIAL EVENTS
To offer your sympathy during this difficult time, you can now have memorial trees planted in a National Forest in memory of your loved one.
MAKE A DONATION
MEMORIES & CONDOLENCES
13 Entries
I remember you from Langley. With my father being an Aggressor and stationed at Langley as well as retiring from Eglin AFB, we crossed paths many times. God bless you and your family and friends. With so much respect, Nancy Nabors.
April 23, 2017
When I die, and hopefully, go to Heaven and Heaven is flying Eagles with Doc, and BJ and Cowboy and Ric and Twit and Ajax, and all the other jocks…That would be OK. You got the lead, Doc; we are all watching for that wing rock.
Slick Aguirre
December 30, 2013
Thank you Dave, for your friendship and the memories at USAFA! Dave was a saber-bearer at my wedding, and Kathie and I still have fond memories of him at the "house" too. You will be missed!
Gene DeRamus
December 30, 2013 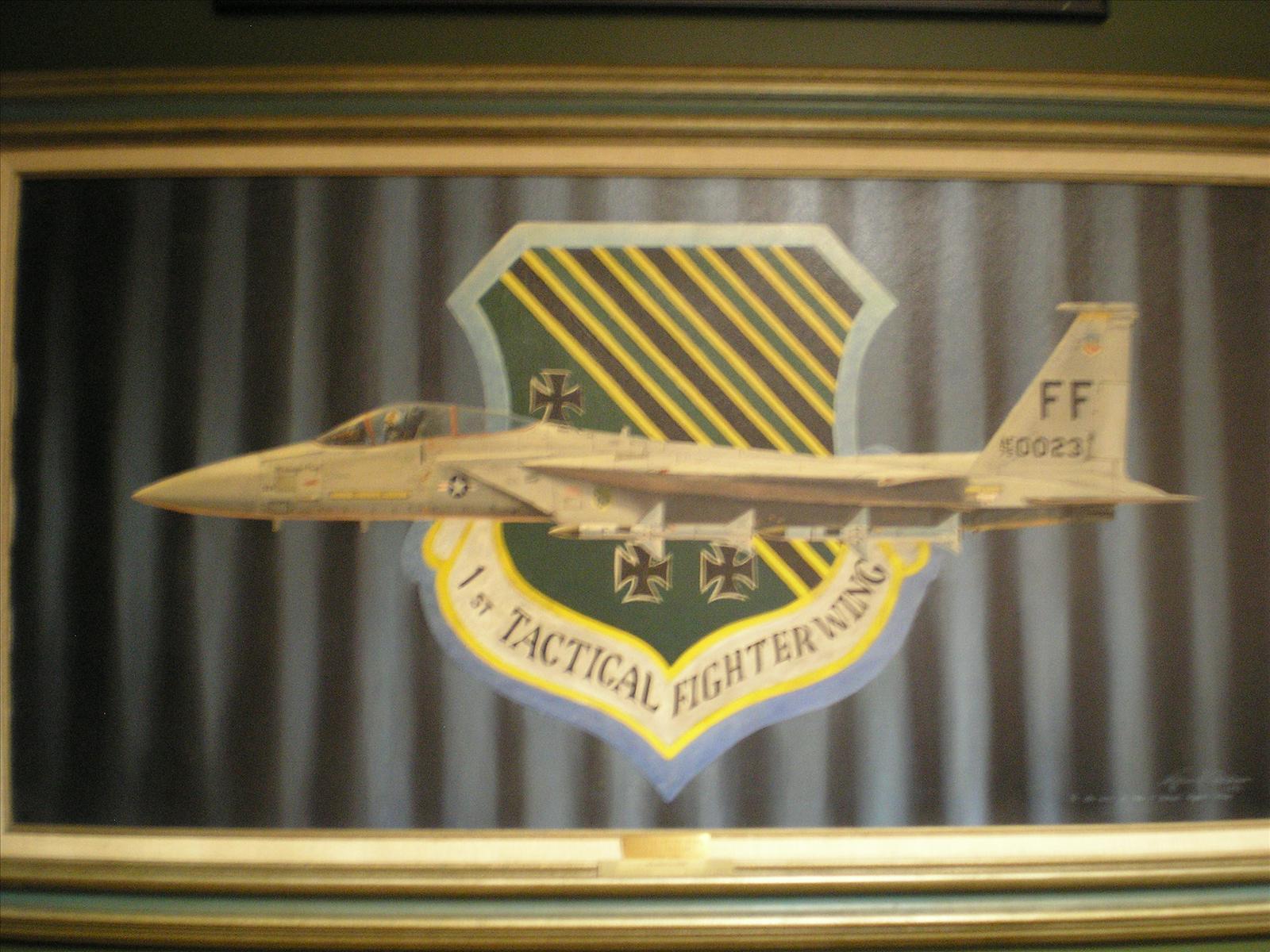 Doc and family, we had the greatest of times at Langley in the F-15. All those Red Flags together and Michael Army Airfield in Utah was the greatest. Doc was one of the best pilots I had the pleasure and honor to fly with. Fly with the angels now my friend! ". . .A fighter pilot is a man in love with flying. A fighter pilot sees not a cloud but beauty. Not the ground, but something remote from him, something that he doesn't belong to as long as he is airborne. He's a man who wants to be second-best,
to no one.

--Brigadier General Robin Olds, USAF
Ric Hunter
December 30, 2013
You are one of the best highlights in my years in Las Vegas. So many great times, so many parties, most of all, your wonderful smile & personality. A super Agressor pilot at Nellis. You are missed.
Deborah Doherty
December 30, 2013
Doc and I became great friends and apartment mates starting our lives in the AF at Langley AFB as hot shot fighter pilots beginning the era of the Eagle. He left an indelible mark on my life! He was a bright spot in many lives. I wish I were only able to share, reminisce, and relive some of those early years with him now. A great friend, groomsman, and a key part of my early life and always will be part of it. Jani and I will love you always. Wish we could have spent more time with you in the more recent years.
Cowboy Awtrey
December 29, 2013 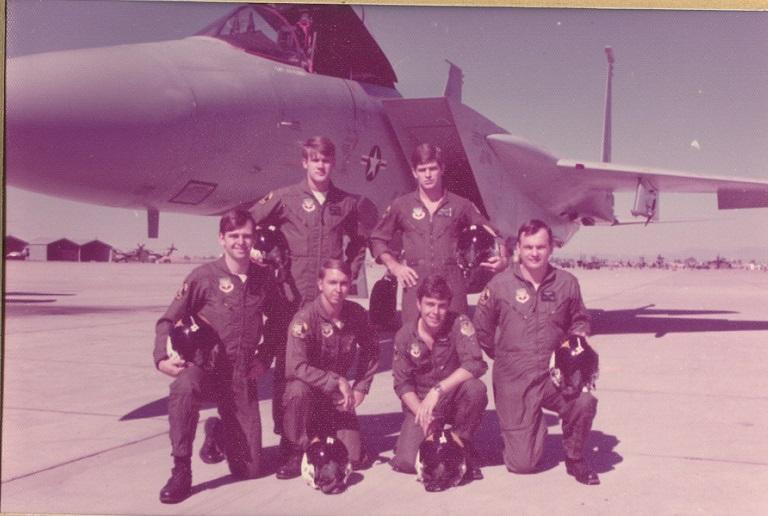 Yoo Doc
Hope you can read this even now and can still smile at all the memories we/you had at Langely AFB, VA flying the top of the line, hottest, newest F-15 fighter in the Air Force inventory. Three years of great times.. at the Club on Friday nights...and some Wednesdays, multiple deployments all over the world, especially Red Flags. Fun was had by all and these are the things I remember about the great, happy and exciting times we shared together. You were ALWAYS happy and it was contagious. Hope you have "reached out and touched the hand of God". A toast to you.
Check Six....BJ
BJ Johnson
December 29, 2013
I knew Doc from USAFA and from our time together as Eagle drivers at Langley in the 70's. He roomed with our mutual friend Bob Awtrey and could always be counted on to lighten up any gathering. For years I meant to look him up when passing through the Panhandle, but never did.

Heaven to Doc will be a combination of his family and the movies 'Top Gun' and 'Caddy Shack'. We should all be so lucky. Check Six pal.

Bob Knauff
December 28, 2013
Dave was my best friend at USAFA. We roomed together for 2 yrs and then shared an apartment at pilot training. He was one of a kind. No amount of stress could mess up one strand of his perfect hair. He was the ultimate natural in pilot training, never studying and bagging an Eagle out of UPT. Cried my eyes out when I heard the news. He was special and I feel lucky to have known him.
December 27, 2013 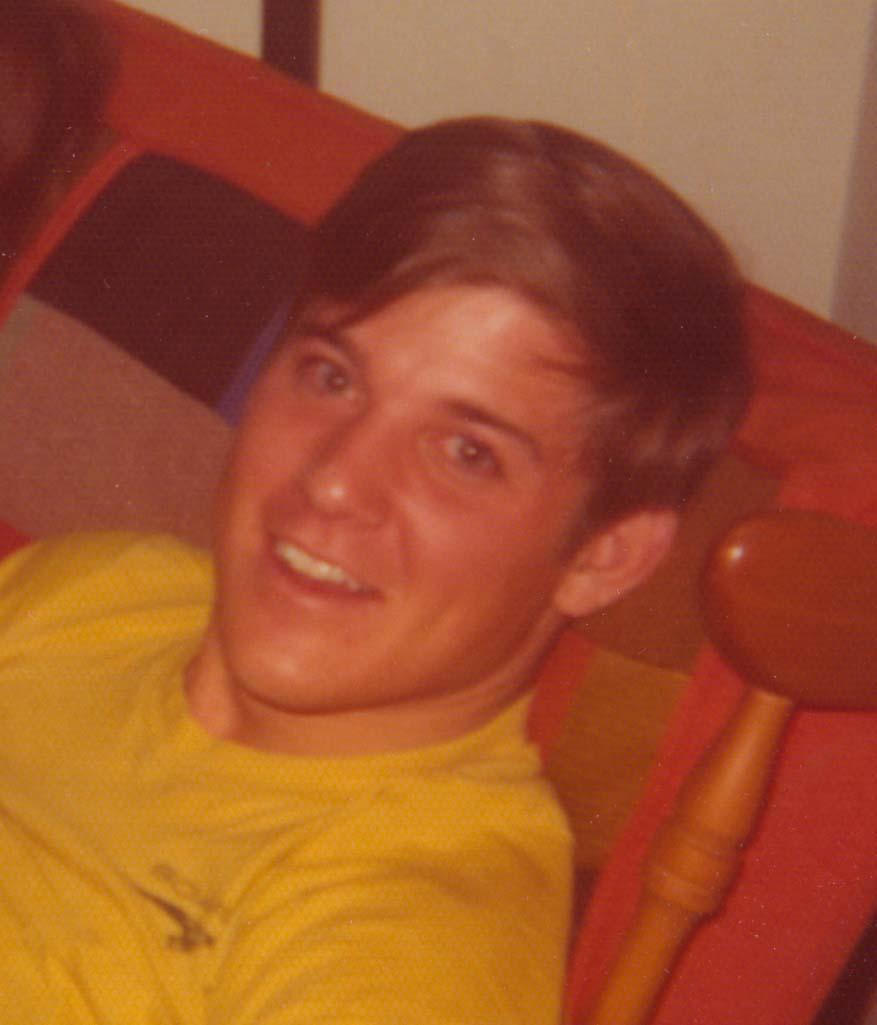 Smart Dave - with that twinkle in your eyes' and the dimples in your cheeks you lived a great life... So here's a Toast to Doc, my Friend, my Squadron-mate, and a True Fighter Pilot!!!

Cheers,
Buck Rogers
December 27, 2013
You were my best friend for more than 25 years. I'm going to miss you, Doc. You will always have a spot on our Sat morning foursome and all the mulligans you want. Dan Turney
December 27, 2013
Doc was my best friend during my air force days. We grew up together as Lts. He was a great guy. This is incredibly sad news for me.
Jaws Waldrop, Lt Col Ret.
December 26, 2013
enjoyed working with doc at the golf course--carl holt
December 26, 2013
Showing 1 - 13 of 13 results