Destin - David Marshall Strong was born July 6th, 1955 on Kadena AFB, Okinawa. He died at his home in Destin on July 20th, 2021. He was with friends when he passed away.

David was a master wall paper hanger and a professional painter. He painted and helped design a dozen restaurants in the past 25 years. But school and work often got in the way of David's preferred avocation - which was fishing. It was understood that neither the restaurants, or school for that matter, would receive much of his attention during the spring Cobia run.

He fished the FWB and Crystal Beach piers as a youngster - often with his mother, who was a renowned pompano fisherwoman.

David was a fixture in the Destin area for the past 40 years. He worked at Sexton's Seafood and later on many area boats. He spent the last 30 years fishing on the Hey Baby and the Papi.

He was a skilled angler and famous for his vision and laconic style.

"Thar's one over thar," he'd mumble, barely above a whisper, when he'd spot a Cobia.

Often, since he was the only one in the tower who could see the fish, he'd be asked: "Well where is it?"

"It's way over thar," he'd drawl, while pointing a long, bony finger in the distance.

The only time that his approach changed was when the boat would run up too close to a Cobia.

"Whoa, whoa, whoa," he'd say. Before anyone could react, David would have an eel in front of the fish.

According to most accounts, he never misidentified a fish. He also never incorrectly identified a military plane flying over the gulf. David was an expert at anything involving military aviation.

David's family and friends are grateful for the devotion and care he received from his longtime friend Lisa Kattine. She was with him until the end.

There will be a memorial for David at Harbor Docks in Destin on Wednesday, August 4th at 5 pm. 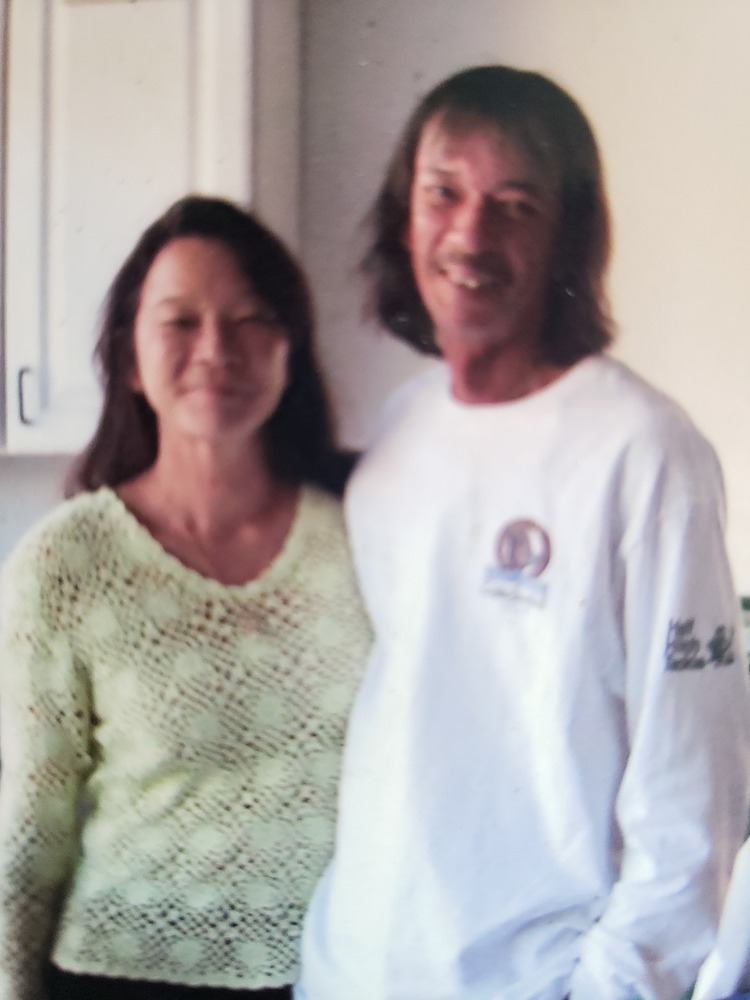 Don´t think of him as gone away his journey´s just begun, life holds so many facets this earth is only one. Just think of him as resting from the sorrows and the tears in a place of warmth and comfort where there are no days and years. Think how he must be wishing that we could know today how nothing but our sadness can really pass away. And think of him as living in the hearts of those he touched... for nothing loved is ever lost and he was loved so much.
Susan
Family
July 31, 2021
David was a character & kind. When I was in my teen yrs I spent a lot of time sharing food, card games, watching Mana, David, & siblings making jigs, worked on rigs. Busy group. Loved fishing/hunting/eating. David & Jr. always put a smile on my face. Suan/my oldest bf & I spent time with David/Jr rolling (who knows what)!! Not good, but that's how we rolled! Learned fishing/hunting from the best....Mana. Good times! RIP DAVID. God be with you. You sure were loved.
Libby Clary
Friend
July 23, 2021
David was a character, exceptional man of the sea. Always with a witty comment. Spent my teenage yrs @ the family house eating, playing cards, watching them work on their fishing rigs. Amazing ! His sister Susan is my oldest bf & loved how the family enjoyed fishing/hunting. His Mom was an amazing coheart/ mentor in their specialties. Great times. RIP DAVID. God bless you. God bless your loved ones.
Libby Clary
Friend
July 23, 2021
RIP David and thanks for the memories of old, Navarre pier days and many others, you we´re a "Legend" my friend! Our deepest sympathy for your family and Lisa, may God bless you all during this time.
Chuck Houghton
Friend
July 23, 2021
Showing 1 - 4 of 4 results