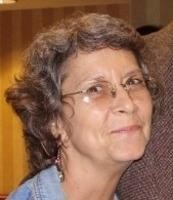 BORN
1953
DIED
2021
FUNERAL HOME
WILLIAMSON-AIRSMAN-HIRES FUNERAL HOME
1405 Lincoln Avenue
Jacksonville, IL
Amy Kathleen Leighty Clark
Born: December 26, 1953
Died: December 2, 2021
Amy Kathleen Leighty Clark, 67, of Jacksonville, died Thursday evening, December 2, 2021, at Jacksonville Memorial Hospital in Jacksonville. Amy was born December 26, 1953, in Pana, the daughter of John and Nora Eloise Stattner Leighty. Amy married Robert Berndt in August of 1976 and they were later divorced. She married David Anthony "Tony" Clark on June 2, 2008, and he survives.
Amy is also survived by her children, Sarah (Tom) Anderson of Orange County, California and Adam (Jennifer) Berndt of De Pere, Wisconsin; four grandchildren, Nolan and Presley Anderson and Addison and Isaac Berndt; her mother, Eloise Leighty of McHenry, four step-children, Jennifer Clark of Binghamton, New York, Lauren Clark of Washington, D.C., Robert (Kristie) Clark of Owego, New York, and Sara Clark of Normal; and one sister, Carol (Stephen) Bischoff of Tirschenreuth, Germany. She was preceded in death by her father.
Amy was a gifted musician and educator. She attended Carroll College in Waukesha, Wisconsin, and MacMurray College in Jacksonville. She was an arranger of music and was well-known for her Christmas Cantatas. In addition, Amy worked at the Alvin Eades Women's Center for 14 years.
Amy was a colorful character, full of life, and known for her whimsical ways. She gave of herself exhaustively to others and openly embraced new acquaintances. At the same time, she was known for her stubbornness and ability to bluntly state exactly what was on her mind. She touched countless lives with her infectious joy, her gift of music, and her offbeat way of looking at life. Her life was impacted by her inability to see the world like most people, and that was, perhaps, her greatest gift to others.
Today Amy hears a perfect song, with no bad notes, and no one ruining the perfection by talking into an open mic.
A special thank you to the Jacksonville Memorial Hospital ICCU Staff especially Zach Trainer and Patsy Kelly.
A Celebration of Life will be held at 1:30 p.m. on Sunday, December 5, 2021, at Williamson Funeral Home in Jacksonville. The family will meet friends one hour prior to the service at the funeral home. Memorials are suggested to the Jacksonville Area Center for Independent Living, to benefit services for deaf individuals. Condolences may be left online at www.airsman-hires.com
Published by Northwest Herald from Dec. 3 to Dec. 4, 2021.
To plant trees in memory, please visit the Sympathy Store.
MEMORIAL EVENTS
Dec
5
Visitation
12:30p.m. - 1:30p.m.
WILLIAMSON-AIRSMAN-HIRES FUNERAL HOME
1405 Lincoln Avenue, Jacksonville, IL
Dec
5
Celebration of Life
1:30p.m.
WILLIAMSON-AIRSMAN-HIRES FUNERAL HOME
1405 Lincoln Avenue, Jacksonville, IL
Funeral services provided by:
WILLIAMSON-AIRSMAN-HIRES FUNERAL HOME
MAKE A DONATION
MEMORIES & CONDOLENCES
Sponsored by WILLIAMSON-AIRSMAN-HIRES FUNERAL HOME.
3 Entries
As Amy's past supervisor/Administrator at the Eades Center...Amy and her great wit and undeniable love for the residents stand out most in my memories. We shared many laughs and had many discussions through the years. Her obituary says it well. Respected her greatly as I know she did me...My condolences to Tony and her family...I had a chance meeting with Amy recently while out grocery shopping. So glad we were able to share and hug that one last time.
Brad Barnes
December 8, 2021
Mrs Leighty and Carole, I am sorry for your loss. Just seeing the notice brought back so many good memories for me and the music department that we had at MCHS. She will always be remembered.
Kelly Low
December 5, 2021
I was glad to call Amy my friend. She always had a smile when we would run into each other. I worked with Amy at Walgreens in Jacksonville, ILL. She had a smile that would light up any room. I loved to hear her laugh. She was a joy to be around. She will be missed by so many people. Amy was a hippy soul and a crazy world. I loved to see her bright colors she would wear. Amy you sing on in Heaven and dance your dance only you can do. I will miss running in to that beautiful smile of yours. Love, Hugs and prayers to her family and her husband Tony.
Cammy Burton
Friend
December 4, 2021
Showing 1 - 3 of 3 results