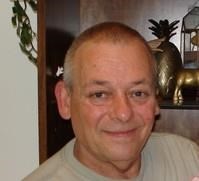 BORN
1943
DIED
2021
ABOUT
Steinmetz High School
FUNERAL HOME
Justen Funeral Home & Crematory
3700 W. Charles J. Miller Road
McHenry, IL
Gerald C. Hansel
Born: August 3, 1943 in Chicago, IL
Died: June 6, 2021 in McHenry IL
Gerald C Hansel, 77, of McHenry, IL, passed away on June 6, 2021. He was a caring husband, father, Pa-Pa and friend, and was loved by many. Born in Chicago, Illinois to Florence and Chester Hansel and raised by Vivian and Chester Hansel. After graduating from Steinmetz High School, he went into the United States Army for two years, 1965-1967, where he was stationed in Germany. After returning home he met his loving wife, Linda. Together they raised two children in Chicago. They moved to McHenry, IL in 1979. Jerry owned a pet store in Chicago and then went to being a truck driver. Later in life he was an autobody appraiser. After retiring he became the full-time caretaker to his two grandchildren. A job he loved and developed such a special bond with them. Jerry was an avid Chicago Bears fan. He enjoyed computers, small electronics, and photography. He was the best listener and gave great advice. He had such a fun-loving side, always smiling and goofing around. Jerry is survived by his wife Linda; two children – Pamela (Brian) Hoffman and Jason Hansel; his two grandchildren, Andrew & Madilyn. A Visitation will be held at The Church of Holy Apostles, located at 5211 W. Bull Valley Rd, McHenry IL, from 10:00 Am- 11:00 am with Mass to follow. Arrangements have been entrusted to Justen Funeral Home & Crematory, in McHenry IL. For information, Please call the funeral home at 815.385.2400, or visit www.justenfh.com, where friends and loved ones may share memories of Gerald on his tribute wall.