Phyllis K. Walters (nee Kobel), 81, of Algonquin, was born April 14, 1939, in Elgin, IL to Christian H. and Margueritte (Bradley) Kobel. She passed peacefully after a long struggle with cardiac conditions, Saturday, November 21, 2020 at Northwestern Hospital in Huntley. Phyllis enjoyed a wonderful childhood growing up in Elgin, where she recalled her father sitting on the front steps reading her the newspaper. She graduated from Elgin High in 1957. From there she met and married her first husband, Duane Walters in 1960, divorced in 1982. They moved to Algonquin to raise their three children: Ansley, Andrea, and Anthony and to build and remodel homes. One home they remodeled was meant to be temporary, but Phyllis ended up living there for 54 years. She remarried the love of her life, James R. Rakow, in January 1988. Being at home - entertaining with friends and family, traveling and going on her beloved houseboat were some of her greatest joys.

Another great love was politics. From an early age, Phyllis had been interested in politics, a strong love of her country. She was so proud to be an American. She was driven to look for ways to find common ground and sought to begin a career in politics. She loved campaigning - getting out shaking hands, talking to the people in her community about their triumphs and concerns. She was the Vice President of the Algonquin Township Republican Woman's Club from 1965-66 then as President 1967-68. She was elected as a McHenry County Republican Committeeman in 1968, a position she held for over 25 years with one of the largest Republican precincts in the county. She served as Illinois State Central committee woman for the 12th, 14th, and 16th congressional districts over the years. Phyllis then worked as an aide for Congressman McClory from 1972-74. Then was elected as one of the first women to serve on the McHenry County Board where she served from 1972-84. She helped coordinate many campaigns for those in local and state government. She served on campaigns for presidential campaigns for Richard Nixon 1972, whose inauguration she attended, and Ronald Regan 1980. With the experience she gained, Phyllis was able to mentor many people through out her long career. She was inducted into the McHenry Country Republicans Hall of Fame in 1999. In 2000, she was elected as a delegate to the National Republican Convention.

In 1984, she was elected to office of the McHenry County Recorder, an office she was reelected to until her retirement in 2015. During her time as recorder, she maintained an efficiently run office and completed alengthy backfile conversion to modernize the office. She served on the legislative committee for the Clerk-Recorder's Association and as President for Zone IV. She was the co-founder of the United States Association of Recorders, an organization that helped bring technology and best practices to those in her field. Her fundraisers at Port Edward in Algonquin for Citizens to Elect Phyllis K. Walters were some of the best attended in the county and always brought an exciting, happy crowd. Phyllis was a spitfire personality. Energetic, funny, and generous. She loved to laugh and was quick with a joke. She was adored by many and will be deeply missed.

She is predeceased by her husband, James R. Rakow, her parents, Christian and Margueritte Kobel, her sister, Marie Holtz, her grandson, Alex Grossman and her niece, Constance Kobel.

Funeral Services will be private with burial at Algonquin Cemetery. Visitation will be on Tuesday November 24, 2020 from 9:30 to 11:30A.M. at wait Ross Allanson Funeral Chapel, Algonquin.

Funeral services will be streamed live on the Laird Family Funeral Service Face book page. In lieu of flowers and due to Phyllis's love of the natural beauty of McHenry County, please donate to the McHenry County Conservation District. www.mchenryconservation.org/get_involved/donate/give_a_gift.php

For information call 847-658-4232 or www.lairdfamilyfuneralservices.com 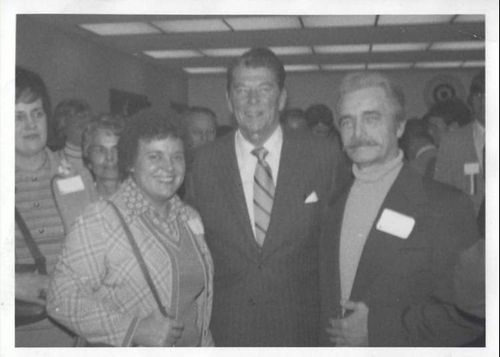 Phyllis was a great friend to my father, Larry Lee. This was a proud day for them. They worked to give voting rights to 18 year olds, many of whom were being sent to Vietnam.
Cynthia Lee
Acquaintance
November 25, 2020 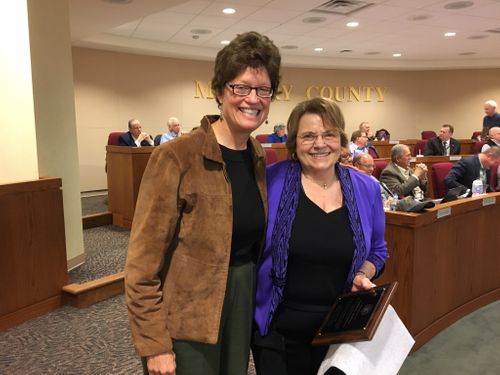 Phyllis was a dynamo. She was such a persuasive, yet thoughtful and insightful person. She was a great mentor to me as a County Board member, and my mom, former statoe representative Rosemary Kurtz. Mom and I liked to kid Phyllis about how she was the most popular politician in the county. But we really weren’t kidding, because we knew she WAS the most popular politician in McHenry County! She had a big heart, was a consummate professional, and deeply cared about her employees and the people of McHenry County. Phyllis was a pioneering woman elected official in Illinois and she set the path for many of who have since followed her. We are very lucky to have known Phyllis and to have benefited from her sage advice and loyal support. We will always treasure our friendship and the time we spent with Phyllis.
Donna Kurtz
Coworker
November 24, 2020
We have lost an extraordinary woman: a game-changing public servant, a staunch advocate for local history and an innovator who transformed the county recorder's office. She will be missed but her legacy will live on. Rest in peace.
Kurt Begalka
Friend
November 24, 2020
What an inspirational woman! A true matriarch. We know how very much she will be missed. Our hearts are with your family at this sad time.
Lisa Lindahl
November 24, 2020
Offering our deepest condolences during this difficult time.
The Staff of Wait-Ross-Allanson Funeral Service, Inc.
November 24, 2020