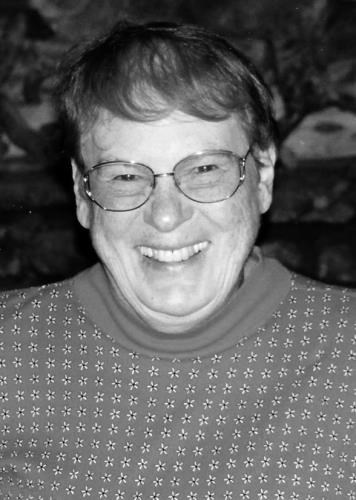 Friends are invited to meet with the family at BOCKEN FUNERAL HOME, 7042 Kennedy Ave. Hammond, (Hessville) on Sunday, September 13, 2020 from 3:00 p.m. until 7:00 p.m. for visitation. Funeral service will be held on Monday September 14, 2020 at 12:00 noon DIRECTLY at Concordia Lutheran Church 7441 Grand Avenue, Hammond, IN 46323 with Pastor Ronald Saatkamp officiating. Astrid will lie in state from 11:30 a.m. until the service. Due to COVID-19 guidelines face mask are required at both. Burial at Concordia Lutheran Cemetery in Hammond will follow.Astrid attended public school in Stettin until 1945, when she and her family were forced to abandon their home in flight from the advancing Red Army. They settled in Lübeck in the British zone of occupation, where Astrid finished her schooling and graduated from the Oberschule am Falkenplatz in 1952. She commuted to Hamburg from Lübeck to attend classes at the University of Hamburg, and received a degree in chemistry in 1956. She emigrated first to Great Britain, then Canada where she met her husband John in Ottowa. After marrying in 1967 they moved to Hammond, IN where she resided until her passing on September 6, 2020. She became a naturalized US citizen in 1970. She was a loyal member of Concordia Lutheran Church in Hammond for over 50 years. She worked as a chemist in four countries: Britain, Germany, Canada and the United States. In Hammond, she worked at Keil Chemical division of Ferro Corporation from 1976 to 1990. At Keil she participated in research resulting in a U.S. patent on which she was named. As a hobby, Astrid loved to knit and sew, making garments for her loved ones. In the 1980s she purchased a small boat and taught herself to sail, competing in races at the Illiana Yacht Club where she was a member. A life-long musician, Astrid sang and played piano and church organ. She sang in the church choir at Concordia, and toured Europe with a multi-denominational choral group under the musical direction of Thomas Clark. As a retiree she served as a part time church organist at several churches around the Calumet area. She was a part-time guest lecturer in the Department of Chemistry and Physics at Purdue University Calumet for 20 years, where she conducted classes and laboratories in organic chemistry, general chemistry and analytical chemistry. In 2006 she authored the book "Mischief: The Antics of Children" published by Blurb.com. The book is also available in German translation as "Unfug: Kinderstreiche". "Mischief" was written under the penname Isabel Ackerman. She also wrote a memoir concerning her life in Germany in the 1940s. It was circulated privately among her friends and family. A summary was published in the Purdue University Retiree (PURA) Bulletin.

Astrid will be remembered as a loving wife and mother and faithful friend. For additional information please contact BOCKEN FUNERAL HOME 219-844-1600 or visit www.bockenfunerals.com.