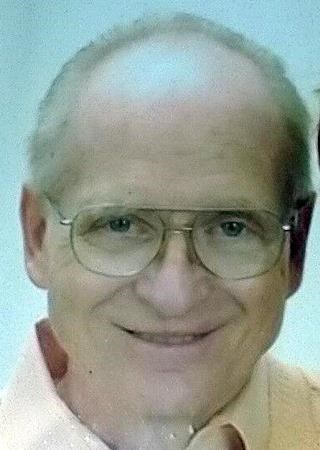 FRANKFORT, IL - George Leon Landsly, 85, of Frankfort, IL passed away November 6, 2020. He was a longtime resident of Luther Oaks in Bloomington, IL.

George was born April 18, 1935 to George and Adeline (Rehm) Landsly in Chicago, IL. He graduated from East Chicago Washington H.S. in 1953 and Purdue University in 1957 with a degree in Civil Engineering. George married Floria R. Zavarella, October 7, 1961 and they celebrated 54 years of marriage before her death in 2015. His twin brother, Gerry also preceded him in death.

He is survived by his daughter, Karyn R. Landsly of Cleveland, OH; his son, Mark G. (Patty) Landsly of Normal, IL; two beloved grandchildren: George and Alexandra, and many cherished nieces and nephews.

George spent his career at Inland Steel in East Chicago, IN starting in 1957 through his retirement in 1995. He spent his career leading teams in facilities development including building the largest blast furnace ever made. He was also instrumental in developing the first ever continuous cold rolling mill in New Carlisle, IN.

George was a longtime resident of Calumet City, IL and Munster, IN where he raised his family. He was a member of Good Shepherd Lutheran Church in Frankfort, IL.

In lieu of flowers, memorial contributions may be made to St. Jude Children's Research Hospital www.stjude.org or the Alzheimer's Foundation www.alz.fdn.

The family greatly appreciates the wonderful care he received at Luther Oaks and the kindness and professionalism of the staff.

To plant trees in memory, please visit our Sympathy Store.
Published by The Times on Nov. 21, 2020.
MEMORIAL EVENTS
No memorial events are currently scheduled.
To offer your sympathy during this difficult time, you can now have memorial trees planted in a National Forest in memory of your loved one.
GUEST BOOK
7 Entries
I was so sad to see this in the paper. Our deepest sympathy to your entire family. Fond memories of George and Floria on Tulip Ln. with all of the many neighborhood get-to-gethers
Jim & Mary DeBoer
November 29, 2020
Uncle George was a wonderful person. I will always be grateful to him for driving Auntie Floria & her sisters Ann, Osie, Nina & Dena down to Matoon & Bloomington/Normal, IL to see their brother, Victor, when Osie was visiting from CA. Those visits meant THE WORLD to my father, Victor Zavarella. The capital G in George stands for a GIANT of a man. I will miss bringing you hot fudge ice cream sundaes! I LOVE YOU UNCLE G! Mary
Mary Zavarella Walker
November 25, 2020
Another East Chicago Washington High School "Senator" of 1953 joins basketball coaching great, Johnny Baratto in heaven. Our organization of 85 members, graduates of ECW from various years, extends our sympathy to the Landsly family. May your memories soothe you, your friends comfort you, and your family's strength help your hearts begin to heal. May the love you shared sustain you through this difficult time. May our former classmate rest in peace. Please accept our deepest sympathy. Good Friends From Indiana Harbor Ray Reyna, President Andy Callas, Secretary
Andy Callas
November 22, 2020
I am deeply sorry for your loss. During his long career at our mutually respected Inland Steel Co., I had numerous opportunities to interact with George, and I truly appreciated his ability to leaven even the most serious discussion of mighty building projects with excellent expressions of humor. He was always forthcoming and always helpful in disseminating both facts and the explanations behind them.
Ron Pyke
November 21, 2020
Our prayers and sympathy are with you all. My cousin, George, was a very gentle and caring person. Sending love, and may you feel God's love and comfort during this time.
Craig and Patty Fies Orcutt
November 21, 2020
Our deepest sympathy, George is in a good place with Jerry and Floria. The Dinosaurs.
Lou and Mary-Jo Harding
November 21, 2020
Deepest sympathies to Mark and Karyn on the loss of their father. George was a dear friend and respected mentor who will be greatly missed.
Patrick Gorman
November 21, 2020