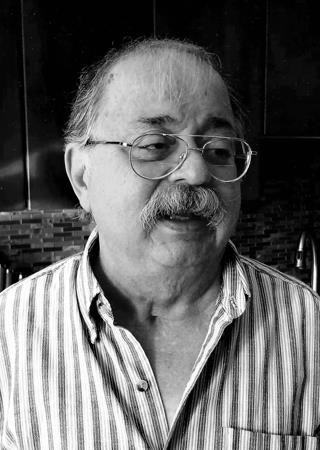 Nick was born in East Chicago and raised in Merrillville, a 1969 graduate of Merrillville High School, a veteran of the Air Force, a Millwright at Bethlehem Steel and ending his work-life experience as a commercial refrigeration, heating and air conditioning tech.

Most important about Nick's life was he was loving, caring and extremely talented in taking discarded material and making unique art work. That all ended in 2003 when Nick fell 25' off a roof while finishing up his workday.

Nick had a traumatic brain injury. His personality was affected as well as his talent. After a hospitalization of four months, he came home to a loving wife who accepted his changed personality.

There were a lot of hard times since 2003, but they stayed together because the love was there.

Friends may visit with the family on Friday May 14, 2021, between 4:00 p.m. and 8:00 p.m. at the SOLAN-PRUZIN FUNERAL HOME, 14 Kennedy Avenue Schererville, IN. In lieu of flowers, donations may be made to Camp Quality of Illinois or the Munster Humane Society.

Published by The Times on May 12, 2021.
To plant trees in memory, please visit the Sympathy Store.
MEMORIAL EVENTS
May
14
Visitation
4:00p.m. - 8:00p.m.
Solan Pruzin Funeral Home Hammond - Hammond
7109 Calumet Avenue, Hammond, IN
Funeral services provided by:
Solan Pruzin Funeral Home Hammond - Hammond
MAKE A DONATION
MEMORIES & CONDOLENCES
Sponsored by The Times.
4 Entries
Travis & Lorene Campbell
Friend
May 14, 2021
With our heartfelt sympathy to all of Nick’s family
Linda and Dick Mitchell
Friend
May 12, 2021
Susan,
So sorry for your loss. Thinking of you. Kelli Mitchell
Kelli Mitchell
May 12, 2021
Nick & I were good friends in high school. I remember Nick being one of the nicest people I have known. So very sorry for your loss
Pamela Murrow
May 12, 2021
Showing 1 - 4 of 4 results