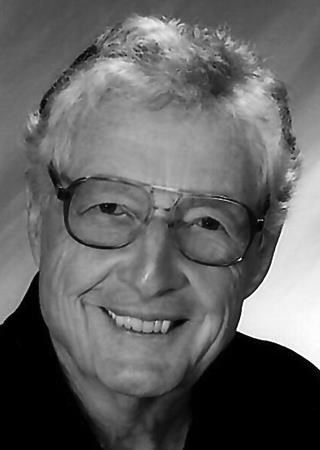 Richard graduated from Battle Creek High School in 1943. He attended Michigan State University and graduated from Trine University in 1950 with a degree in Civil Engineering. Richard was a registered Professional Civil Engineer in Ohio and Indiana and a Registered Surveyor in Indiana. He spent his career in road and bridge construction with the Ohio and Indiana Toll Roads and Highway Departments. Richard developed real estate in Porter and La Porte Counties. He served in World War II in the 7th and 3rd Armies, Rhineland and Central Europe campaigns, 14th Armed Division, 62nd Arm. Inf. Battalion. Richard received a Bronze Star Medal for action in the Battle of the Bulge on New Year's Day in 1945. He enjoyed his family, travel and golf.

In 1950, he married Gloria Anderson, who preceded him in death. Together they had four children. In 1987, he married Mary Morris and gained three stepdaughters.

Preceding in death were his parents; two brothers, twin George and Howard; wife, Gloria Anderson; and one son, Gary.

A private service for his family will be held. Sunset Funeral Home is caring for the arrangements.

Please send condolences to the family at www.LakeviewFHC.com.

To plant trees in memory, please visit our Sympathy Store.
Published by The Times on May 15, 2019.
MEMORIAL EVENTS
No memorial events are currently scheduled.
To offer your sympathy during this difficult time, you can now have memorial trees planted in a National Forest in memory of your loved one.
MEMORIES & CONDOLENCES
3 Entries
We are so sorry to hear of Dick's passing. He was one of the first people we met when we moved into Valley View. He was such a kind man.
Wally and Maureen Kolodziej
May 16, 2019
What a beautiful and meaningful life he enjoyed and shared. Hoping you find comfort not only in the quality of life he lived, but in the love and memories created and shared. It's a beautiful legacy he leaves behind. Thinking of you all.
Linda Brady
May 15, 2019
So sorry for your loss and the passing of a wonderful man. Dick was always a thoughtful and kind neighbor and we are lucky to have had him in our lives. God bless you and you and your family are in our thoughts and prayers.
Cherrise & Joe Scida
May 14, 2019