Published by The Times on Oct. 26, 2011.
To plant trees in memory, please visit the Sympathy Store.
MEMORIAL EVENTS
To offer your sympathy during this difficult time, you can now have memorial trees planted in a National Forest in memory of your loved one.
MAKE A DONATION
Please consider a donation as requested by the family.
MEMORIES & CONDOLENCES
3 Entries
Hi John;
Just saw your fathers notice and I wanted to express my condolences.
Earl Vander Wall
Earl Vander Wall
November 4, 2011
Offering our deepest condolences during this difficult time.
From the Staff of Tews Funeral Home
October 27, 2011 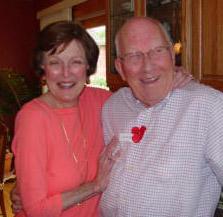 In loving memory of a wonderful person. We will miss your smile and laughter always.
Rest in peace.
Love from all of us,
The Matjasich Family
October 26, 2011
Showing 1 - 3 of 3 results