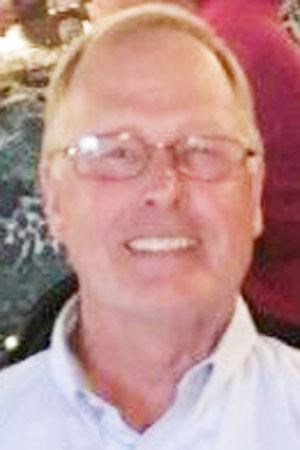 Born in Gary, Indiana to Jim & Ellajean Thomas, Robert was a sweet and loving boy. Robert was fiercely passionate about running from a young age, and dedicated his life to his pursuit of coaching, teaching and his family.

After graduating from Portage High School in 1970, Bob took his gifted running talents and continued his education at Indiana State University (ISU), where he met his wife Roberta DuCharme in 1973. While attending Indiana State University, Robert set two ISU track and field records in the steeplechase event that was held respectively for five and seven years. After college, Robert married the love of his life Roberta in December of 1974. Robert landed his first job as an industrial art teacher the same year at Lowell Senior High School and went on to coach boys/girls cross country, boys/girls track and field and boy's golf.

Robert and Roberta went on to have two boys, Ryan and Nathan, who still reside in Indiana today. Ryan followed his passion of mechanics and became a heavy equipment operator for the Local 150 Operators Union, while Nathan followed in his father's footsteps and became an educator as a Jr. High social studies teacher in Beecher, IL. Robert always put family first and was a dedicated father and husband.

Robert was a strong, kind, loving, and supportive father. His knowledge and guidance were the foundation of his family and community.

Robert was also a passionate woodworker, golfer, and wood carving enthusiast. He spent most of his retirement working in his yard with Roberta, wood carving, completing various projects, and actively participating in his local Catholic church as a 3rd. degree member of the Knights of Columbus. Robert also volunteered a lot of his time at the Queen of Peace Monastery as well as serving as an usher at Immaculate Conception Catholic Church.

The Mass of Christian Burial be held at 11 o'clock Saturday, July 31, 2021, at Immaculate Conception Catholic Church, 1024 W. Main St, Forest City, North Carolina, celebrated by the Reverend Father Herbert Burke and Deacon Andy Cilone. The family requests, in lieu of flowers, donations can be made to Hospice of the Carolina Foothills, 374 Hudlow Rd, Forest City, NC 28043.

The Padgett & King Mortuary & Crematory is serving the Thomas family. Online condolences may be made at www.padgettking.com

To plant trees in memory, please visit our Sympathy Store.
Published by The Times on Jul. 20, 2021.
MEMORIAL EVENTS
Jul
31
Mass of Christian Burial
11:00a.m.
Immaculate Conception Catholic Church
1024 W. Main St, Forest City, NC
Funeral services provided by:
The Padgett & King Mortuary
MAKE A DONATION
MEMORIES & CONDOLENCES
Sponsored by The Times.
7 Entries
Bob you were honestly the best teacher I ever had. You were always so patient with all of us kids. And I can honestly say that you will missed by every student who came through your class room. Rest in peace my friend.
Anthony Molden
School
July 24, 2021
So sorry for your loss. I had the pleasure to run with Bob my freshman year in cross country and track at Indiana State. Bob was also my roommate that year. Bob was the nicest humble person I knew at ISU. My thoughts and prayers are with the Thomas family. I will be thinking of Bob during my run this morning. God Bless. Rest In Peace BJ.
Javier De Luna
Friend
July 21, 2021
Jerry and I send our deepest sympathy to Berta, Ryan and Nathan and their families. Bob was one of the nicest people I have ever known. So talented with his hobbies. He will be terribly missed by all who had the pleasure of knowing him. Godspeed Bob
Lynn Vasko
Friend
July 21, 2021
I have fond memories of Mr. Thomas from my years at LHS. He was also a neighbor for a time. He was always friendly and kind. Prayers for his family.
Kelli Thiele Koszut
School
July 20, 2021
Mr Thomas, You and Mr Kalbac and Mr Kussy all guided us through our years at Lowell HIGH SCHOOL. Your friendship, mentoring, and guidance has been a great comfort and source of support throughout our lives. You will be missed.
Don Childress
School
July 20, 2021
The Sycamore Track & Field/Cross Country family would like to send our thoughts and prayers to the family. My he rest in peace.
Jeff Martin - Indiana State Track & Field
Other
July 20, 2021
I ran track with Bob at ISU. He was always kind and had a smile to share . I am sure he was loved by everyone he touched. God Bless and peace.
Kevin Vana
Other
July 20, 2021
Showing 1 - 7 of 7 results