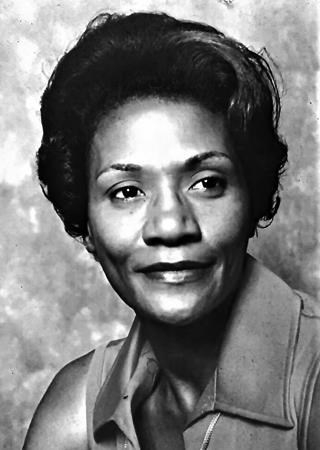 Our queen has ascended to her heavenly throne into the arms of Jesus. The family of Rosa T. Thornton regretfully announce her passing.

Rosa Thelma Thornton passed away Wednesday, August 12, 2020 at the age of 89 in St. Margaret's Hospital holding the hand of her daughter. She was the first born to John Wesley Perkins and Carolina (Williams) Perkins on March 2, 1931. She was born in Macon County in Canton, Mississippi. She attended Macon County schools until she came to live with her Uncle Scott (Brown) and Aunt Marcella (Coon) Clark in East Chicago, Indiana at the age of 11, where she attended Franklin Elementary and Washington High School.

She married the love of her life, Robert Thornton on July 26, 1971. They had eighteen joyous years together until his death. He was a caring and loving stepfather to her children.

She was known for her quick wit, good looks, tall stature, and great sense of humor.

To plant trees in memory, please visit our Sympathy Store.
Published by The Times on Aug. 19, 2020.
MEMORIAL EVENTS
Aug
20
Visitation
9:00a.m. - 11:00a.m.
Aug
20
Funeral service
11:00a.m.
Antioch M.B. Church
3902-06 Alexander Street, East Chicago, Indiana
GUEST BOOK
Sponsored by The Times.
3 Entries
May God bless you and your family in this time of sorrow. So sorry to hear of Mrs Rosie passing. My deepest sympathy to the family and friends of Mrs Rosie.
Jeanette Elliott
Family
August 19, 2020
To the family of Rosa Thornton. My prayers are with the family. Mrs. Thornton was Very stylish woman and a woman of class. I missed her coming to church. She would always come to church and she spoke to everyone and she was very polite. Live with your memories of herl
Alice Jones
Friend
August 19, 2020
My prayers, condolences and love are with you all. RIH Aunt Rosie, the name I always called you. Love you all.
MiMi
Mi Mi
Family
August 18, 2020