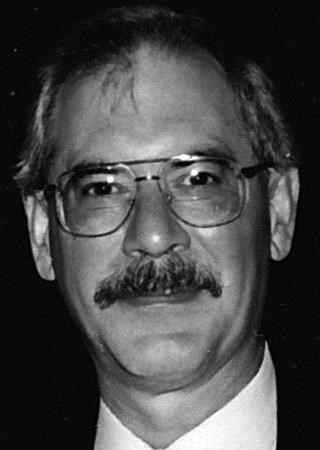 Val graduated from Highland High School in 1970 and served his country in the U.S. Army from 1972-1974. He graduated from Indiana University in 1977 after which he attended Princeton University in 1978 on a full scholarship. He joined the State Department in 1980 while teaching at Princeton. Val served in the Foreign Service for 20 years and received numerous awards including the State Department Superior Honor Award. He served in Central America, Belfast, Northern Ireland, the White House, Mexico City and Bosnia. After he left the Foreign Service, he returned to Highland, IN to take on the task of educating the next generation. He taught at Richard J. Daley College for a short time until a position at Purdue University Northwest became available. His 13 years at Purdue were rewarded with the successes of his students and a scholarship named in his honor. In 2014, he and Nancy moved to Arizona and Val again chose to impart his expansive knowledge of history, government and law to the students at Grand Canyon University where he worked for 7 years. Val's passion for the subjects he taught was only surpassed by the many accolades from his students and colleagues throughout the years.

Val's interests ran the gamut from reading everything he could regarding history to music to games. His love of music was evident to all who knew him, and the blues really hit home for him. He loved playing guitar either by himself or with his friends. He even played in a band with former high school friends when he returned to Highland. His musical knowledge was legendary and constantly challenged by family and friends in the form of trivia contests. He also enjoyed a good game of chess and played whenever he could. His love of games was rooted in his family from early on. There were card games, poker included, and of course, the weekly Scrabble game. He laughed at how he cheated his mom at Scrabble for date money with his girlfriend, Nancy.

To all who knew Val, he will be sorely missed. He was a kind, generous, and inspiring man. He was always willing to listen and could explain something so that anyone could understand. He led a very interesting and diverse life but was as down to earth as they come.

A memorial will be scheduled for a future date and notification will be posted.

To plant trees in memory, please visit our Sympathy Store.
Published by The Times on Mar. 3, 2021.
MEMORIAL EVENTS
No memorial events are currently scheduled.
To offer your sympathy during this difficult time, you can now have memorial trees planted in a National Forest in memory of your loved one.
MAKE A DONATION
Please consider a donation as requested by the family.
GUEST BOOK
Sponsored by The Times.
7 Entries
Val was very close friend since we met in 1976 in Bloomington, IN. Fortunately, our lives intersected many times after that. He was one of the smartest and most grounded people I have had the pleasure to know, a rare combination. I attribute that to his close-knit family and what he referred to as "no nonsense Midwestern upbringing." Growing up in nearby Goshen, I knew exactly what he meant. He never stopped reading, learning, or listening to great music. It didn´t surprise me that after seeing a lot of the world he went back to teaching so he could share his knowledge and insights, touching many lives. Rest In Peace my brother, your legacy will not be forgotten.
Phil Herr
March 6, 2021
Val and I joined the Foreign Service together forty years ago. He was one of the smartest and most original diplomats of our generation. He was also my best friend and best man. His loss leaves the world a little darker without the light he brought to it. It was the honor of a lifetime to know Val and to call him a brother officer. Que te vaya bien, mi amigo. Hasta siempre.
Chris Dell
March 5, 2021
I had the pleasure of serving with, and doing life with Val in Mexico City. We informally sang together as "Little Elvis and the Teardrops." I wish I had stayed in touch. Val had a great impact on my life in the way he led, and the integrity with which he approached all aspects of his life. Rest in peace, my friend. God is enjoying a tune with Val in heaven today ... likely Carlos Santana.
Michael Pérez
March 3, 2021
All of our love to you Nancy and your family in this time of sorrow. We love and will miss Val forever.
Cora Martinez
March 3, 2021
Deeply saddened to hear of Professor Martinez's passing. I am originally from Ireland and an alumni of Purdue Calumet. I was a student in all of his classes offered and enjoyed our talks outside in the courtyard after. I was amazed of his stories and first hand accounts of his involvement with the Good Friday Agreement and ultimate end of "The Troubles" in Northern Ireland. To his family my humble sympathies and it was an honor to have known him. I pray you find peace.
Marcus May
March 3, 2021
Vince, Diane, Vince, Mike, Eric and Mariyah and extended family... my deepest condolences . Val was an awesome man. He was filled with knowledge. Just knowing he was on jeopardy is impressive. He will greatly be missed. Love you all.
Linda Dabrowski Balthis
March 3, 2021
My condolences to the family. Professor Martinez (Val) will always have a special place in my heart. I'll miss you dearly my friend, or as I called him "Professor Tio". He was a special man that touched and shaped the lives of many. Love always, Cip.
Cipriano Rodriguez III
March 3, 2021