VALPARAISO, IN - Winfred "Buzz" Bowen, 80 of Valparaiso, passed away peacefully on Monday, February 4, 2019. He was born November 21, 1938 in Prairie View, TX to Lucius Augustus Bowen, Sr., MD and Carrie (Mosby) Bowen. Buzz proudly served in the Army Reserves and later obtained his MBA from Northwestern University. He made his career as a Marketing Executive for several companies throughout his career, including Green Giant, Pillsbury, and General Foods. Before retiring, Buzz taught as an Adjunct Professor of Business at Wesleyan University and Ivy Tech. He was a member of First United Methodist Church in Valparaiso and actively participated in many church organizations. Buzz passionately served on the Board of the American Heart Association – Midwest Region, and enjoyed snow skiing, playing tennis, and watching sports, especially the Chicago Bears and Cubs. Buzz will be remembered as a very stoic and intelligent man, who was a perfectionist at heart. He will be deeply missed.

On March 28, 1970 Buzz married Leota Wilson, who survives, along with their son, Ian (Michelle) Bowen of Valparaiso; grandchildren: Kyla and Jace; brother, Lucius (Marva) Bowen, Jr; sisters-in-law: Shirley Gunn-Hunt, Helen Dunham, Gwendolyn Wiggins, Beverly Riley; many nieces and nephews, and other family members. He was preceded in death by his parents, and Aunt Essie and Uncle David Bowen.

A memorial service will be held on Friday, February 15, 2019 at 1:00 PM at First United Methodist Church, 103 Franklin St., Valparaiso, with visitation from 11:00 AM until the time of service. Memorial donations may be made to the American Heart Association.

Published by The Times on Feb. 13, 2019.
To plant trees in memory, please visit the Sympathy Store.
MEMORIAL EVENTS
Feb
15
Visitation
11:00a.m.
First United Methodist Church,
IN
Feb
15
Memorial service
1:00p.m.
First United Methodist Church,
103 Franklin S, Valparaiso, IN
MAKE A DONATION
Please consider a donation as requested by the family.
MEMORIES & CONDOLENCES
7 Entries
I am an old friend and ex colleague of Leota when we both worked at a bank in Chicago.
I attended their wedding in 1970.
If there is any thing I can help,please contact me in Richmond,TX
JANET LAW
June 15, 2019
I am sincerely sorry for your loss and my warmest condolences are extended to Mr. Bowen family. May you be reassured that God keeps those who pass on in his memory because they are precious to him. (Psalms 116: 15)
T L
February 18, 2019
We have good memories of a good friendship. A donation was made to American Heart Association in Buzz's honor.
Nancy/ Guillermo De Paz
February 15, 2019
God's thoughts are with your family. Pray to him and He will give you confort and hope for the future. Jeremiah 29:11,12 my sincere condolences are with your family. May this bring you confort in your time of sorrow.
Louise Moore
February 15, 2019 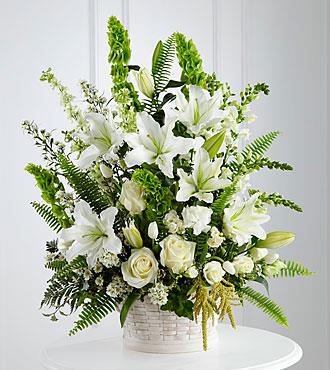