1936 - 2014
Aishah Rahman was born in Harlem on November 4, 1936 and died December 29, 2014 in San Miguel de Allende, Mexico. She had moved there in December 2013 after retiring as a Professor at Brown University. An accomplished playwright and author, Aishah was a Professor of Literary Arts and taught at Brown from 1992-2011. A graduate of Howard University and Goddard College, Rahman, along with Amiri Baraka, Larry Neal, Sonia Sanchez and others was active in the 1960's Black Arts Movement. She described her writing as adhering to a "jazz aesthetic," and was the author of numerous plays, including the dramas "Unfinished Women Cry In No Man's Land While a Bird Dies in Gilded Cage, " "The Mojo And The Sayso," "Only in America," "Chiaroscuro" and 3 plays with music, "Lady Day A Musical Tragedy," "The Tale of Madame Zora" and "Has Anybody Seen Marie Laveau?" Her plays were produced at the Public Theatre, Ensemble Theatre, BAM and theaters and universities across the United States. She served as director of playwriting at the New Federal Theater in New York. Among her numerous fellowships, grants and awards are a special citation from the Rockefeller Foundation of the Arts for dedication to playwriting in the American Theater. Her plays are distributed by Broadway Play Publishing. Chewed Water: A Memoir, the story of growing up in Harlem in the 1940's and 50s, was published in 2001 by University of New England Press. A dedicated mother, a beloved friend, great raconteur, and passionate mentor, she is deeply missed. Rahman is survived by a daughter, Yoruba Richen, a son, Kevin Brown, grandchildren Thalia Zephyrine and Ishyah Yisrael and great grandchildren; Thelonious Gatling, Amir Yisrael-Mosby, Eliyahkim Yisrael, Jelani-YechiYAH, Neriyah Yisrael. A memorial will be held at the Schomburg Library at 515 Malcolm X Boulevard on Feb. 15 at 2pm.
Published by New York Times from Jan. 14 to Jan. 15, 2015.
To plant trees in memory, please visit the Sympathy Store.
MEMORIAL EVENTS
To offer your sympathy during this difficult time, you can now have memorial trees planted in a National Forest in memory of your loved one.
MAKE A DONATION
MEMORIES & CONDOLENCES
Sponsored by Yoruba RIchen.
28 Entries 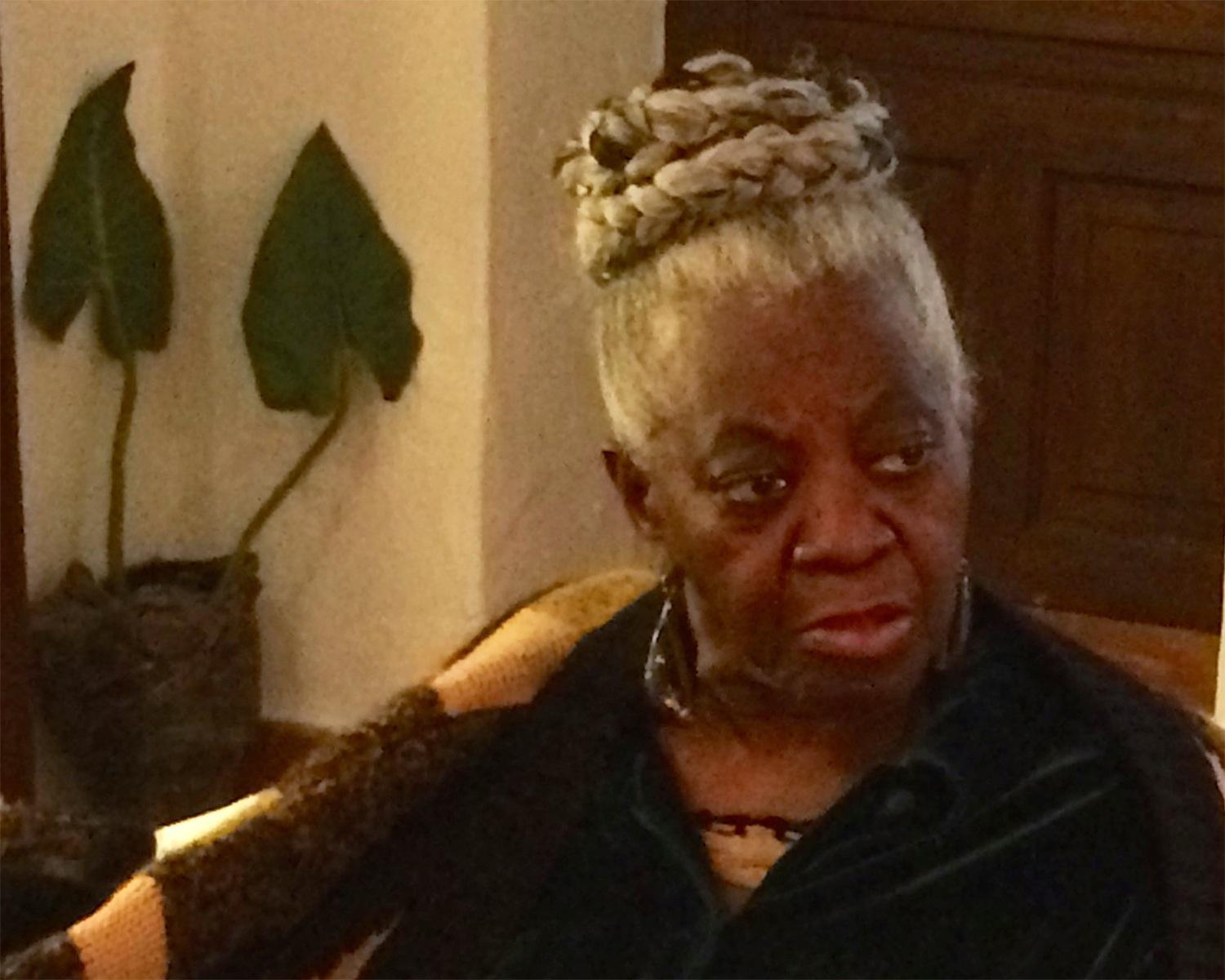 Aishah lived around the corner from me during her year in San Miguel. It was wonderful having her so close.
Cynthia Simmons
March 9, 2015
With deepest sympathy to the family. I met Ms Rahman in the early 70's while attending Queens College. She was my English professor and my first introduction to poetry by Shakespeare and others. I loved it and wrote my first of several poems. Thank you for igniting that spark in me Ms Rahman.
During that time, I was also a member of a theater group called The JuJu Players, directed by Neville Richen. I invited Ms Rahman to attend one of our off, off broadway plays. She did and ended up bonding with the group and of course with Neville Richen. Ms Rahman later arranged for The JuJu Players to perform a play at a college campus in Amherst, NY.
I have nothing but fond memories of Aishah Rahman. Sorry I never had the pleasure of meeting Yoruba.
With love, Nina Birdow
Nina Birdow
February 25, 2015
I will never forget her steadfast generosity. Rest now, Queen.
February 14, 2015
Aisha, I am happy to have known you. Leon Denmark
Leon Denmark
February 11, 2015
Oh! moments of silence pierce my heart! Love you and will miss you. I am glad we were able to reconnect after so many years, although briefly. You were still shining and I was so happy to see you and "Gooba" and meet your son after so many years.
Those years when you taught me with your life-the exciting and sometimes painful adventures of me looking up to you and we growing up together.
Fierce mentor! mama! playwright and writer! I would love to see "Bird" again. I am inspired ever more by you- even now through my tears. May love and peace and festival follow you through your transition.
Thank you Yoruba for this information. I have been anxiously awaiting to hear this update and plan to be there to support you. Queens College Alum- Martha Sea
February 8, 2015
I love you my sister.
Archie Shepp
January 23, 2015 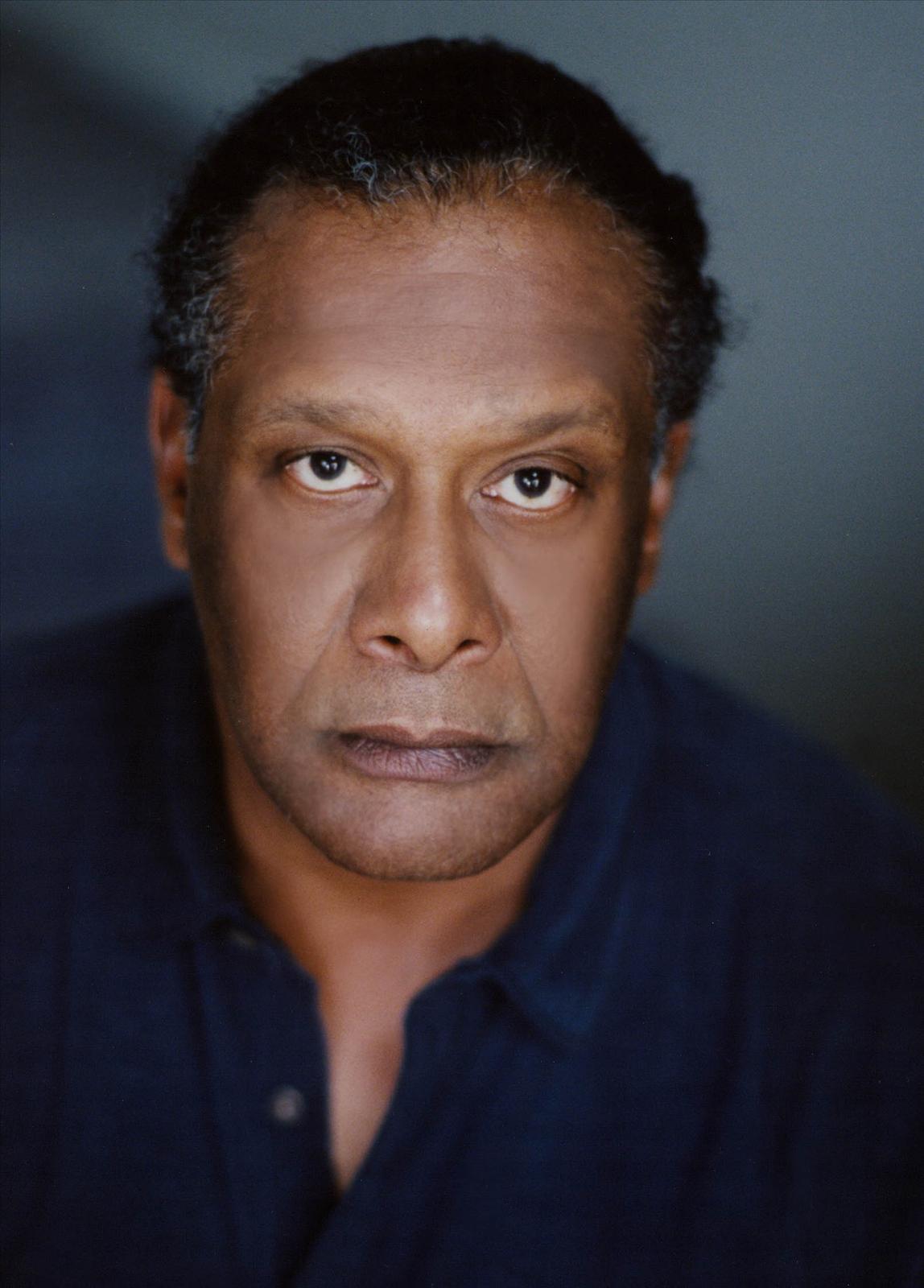 I received a Facebook message just tonight from Terria Joseph passing a message to me from Yoruba that my friend had passed. I miss Aisha over the long miles of not only distance but the relativity of time's unrelenting passage and am so sorry that for so interminably long after our run (when we were "kids"!) with her great play at the NY Shakespeare Festival that we lost touch and never communicated. She and director Bill Duke went to bat for me over the role of Charlie Parker when the producer, Joe Papp, wanted to replace me. Because of her patience and foresight and with both their loving regard for me, even Papp himself eventually believed that replacing me would have been improvidently granted. Aisha was - in my opinion - was one of the greatest and most innovative lyricists and most sensitive playwright/poets we have ever fielded or published in the U.S. Strange isn't it? This Christmas I thought about Aisha and her daughter and the good formative times we had mounting that show at the festival. I never knew of her transition! I miss her & wish terribly to have talked with her. Her family has my deepest condolences. Aishah, darling, I love you... Thank you for everything... Arthur Burghardt
Arthur Burghardt
January 20, 2015
May we hold her works and her influence upon our time, in the esteem they deserve
Stefan Brün
January 18, 2015
My deepest condolences to the family on the passing of such a great woman. I had the pleasure and great privilege of being in the world premiere of her play "Only In America" in Providence and traveling with her to the National Black Theater Festival. Working with her at that time was a transformative experience for me as an artist. Eternally grateful that she shared her soul and sang her song for all to hear. Her work will surely move and empower generations to come.
Marilyn Busch
January 17, 2015
Much love to Aishah's dear ones. She was a great woman, a brilliant artist.
Christine Sumption
January 16, 2015
My deepest condolences to the family. Such a genuine, generous, thoughtful, creative, and inspiring woman. We must continue to build on her amazing legacy.
Michael Carpenter
January 16, 2015
PEACE AND LOVE
Neville Richen
January 16, 2015
Her legacy is a shining candle for the student, the colleague, the artist. She inspired. She led by example. Forever in our hearts! ??
Terria Joseph
January 16, 2015
God bless and safe passage, Aunt Aish. You said you ain't nobody's Mama, but you were so, in spite of your wants. :)

Dearly cherished.
kamili feelings
January 16, 2015
I love you with my entire heart and I will miss talking with you and hearing your infectious laugh that filled the room with joy. I will always carry your sprit with me always. Love your other Aries daughter.
Khristina Westbrook
January 15, 2015
Such an inspiring woman. I felt enlightened in every conversation we had. She is missed but her spirit and exceptional gifts will live forever. Her book, Chewed Water was life changing for our family. ...Deirdre Johnson, her grandchildren's mother.
Deirdre Johnson - Taylor
January 15, 2015
I miss you so much mommy. But planning the celebration of your amazing life gives me comfort and assures me that you are still all around - through your beautiful and brilliant words in plays, letters and even emails. Your legacy is profound.
January 15, 2015
Truly an authentic person with an inspiring gift whom I will miss deeply, yet hold onto the memory of many cherished moments of mutual admiration.
Paul Carter Harrison
January 15, 2015
Truly an authentic person with an inspiring gift whom I will miss deeply!
Paul Carter Harrison
January 15, 2015
"I celebrate you, I love you, I thank you Ma!
You give me love, You give me safety, you give me home....within me you will always live..."
Issa
January 14, 2015
I met Aishah through yoga practice, and was so deeply moved by her kindness and strength she will be greatly missed!
Julia Halperin
January 14, 2015
Oh, what a loss! But we thank God for who she was and for the rich legacy she left behind. Rest in Peace.
Omofolabo Ajayi-Soyinka
January 14, 2015
I was so deeply blessed by getting Aishah's talent. It helped me know who I wanted to be as an artist. Her legacy is rich. My deepest sympathy for your loss.
Valerie Curtis-Newton
January 14, 2015
I am grateful that my life has been graced with knowing Aishah. The last two times I was in her company was at her beautiful home in Providence, Rhode Island and at a presentation of Yoruba's documentary, "The Promised Land" at City University on Aishah's birthday. Rest in Peace and Power.
January 14, 2015
An amazing teacher who taught me so much. I'm very thankful for her and now am a playwright who uses her guidance in my work all the time. I wouldn't be where I am without her. Thank you Professor Rahman.
Nathaniel Shapiro
January 14, 2015
We celebrate a life well lived. My prayers and condolences to Yoruba and the family.
Leslie Fields-Cruz
January 14, 2015
My deepest condolences. Such a generous, thoughtful, creative, kind and inspiring woman. May we have the strength to continue to build on her amazing legacy.
Love and light,
Rodney
Rodney Evans
January 14, 2015
Truly unique individuals are not always hidden from view. Many touch our lives making us the people we aspire to become. Aishah used her gifts to raise others up. The family has my deepest sympathy.
j c
January 14, 2015
Showing 1 - 28 of 28 results