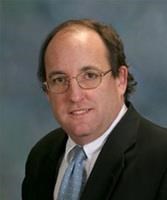 TUNBRIDGE, Vt.––Alexander W. Banks, a sweet and gentle light, passed from this life on Dec. 18, 2017, after a spell of illness. Alex was a skilled and compassionate lawyer, a generous and engaged teacher of law, and, most importantly, a loving father and friend.
Alex is survived by his two sons, Carter and Cole Banks, and their mother, Sheilagh Smith, of Chelsea, Vt.; his stepmother, Suzanne K. Banks, of Newtown, Penn; his brother, Boyd B. Banks, of West Palm Beach, Fla.; his niece, Sandra; and his nephew, Christopher.
Alex adored spending time with his sons and instilled in them a dedication to social justice. He was a thoughtful man who reserved judgment of others and believed in seeing the good in everyone. Greatly loved, he will be greatly missed.
Alex was born in Philadelphia, Penn., the second child of the late Richard W. Banks and Ruth Alexander Hipple. He graduated from The Hill School, and went on to earn a bachelor's degree in 1983 from Bates College and a juris doctor degree in 1987 from Vermont Law School, where he was a member of the National Lawyers Guild and Women's Law Group. He was admitted to the Pennsylvania Bar Association in 1987, the U.S. District Court for the Western District of Pennsylvania in 1987, the Vermont Bar Association in 1995, and the U.S. District Court for the District of Vermont in 1996.
As a lifelong Quaker, Alex demonstrated a heartfelt interest in helping those less fortunate. He was devoted to equality and employed his legal skills to the benefit of humanity. From 1987 to 1995, he served as a staff attorney and eventually as a managing attorney at Northwestern Legal Services, assisting many low-income clients. Alex also wrote and implemented one of Pennsylvania's first countywide, mandatory pro bono plans requiring members of the county bar to provide free legal assistance to low-income individuals. From 1995 to 2017, Alex taught at Vermont Law School and served as a staff attorney at the South Royalton Legal Clinic, where he advocated for victims of domestic violence and children. He designed and implemented the clinic's Children First! legal advocacy program, which provides representation to children involved in difficult family proceedings, and served as a mentor to countless VLS student clinicians. He served on several county and state boards and committees organized to confront domestic violence and work toward judicial reform. Alex received numerous awards and certificates of appreciation, including the Outstanding Victim Advocate Award from the Vermont Center for Crime Victim Services and Domestic Violence Network, and was recognized by the Vermont Supreme Court for Service to Children.
A memorial service will be held at 4 p.m. Saturday, Jan. 20, in Chase Community Center at Vermont Law School. In lieu of flowers, gifts in Alex's memory may be made to the Alex Banks Scholarship Fund, established for his children, at Lake Sunapee Bank. Cards of condolence may be sent to Carter and Cole Banks in care of Sheilagh Smith, P.O. Box 121, Chelsea, VT 05038.
To plant trees in memory, please visit our Sympathy Store.
Published by New York Times from Jan. 10 to Jan. 11, 2018.
MEMORIAL EVENTS
No memorial events are currently scheduled.
To offer your sympathy during this difficult time, you can now have memorial trees planted in a National Forest in memory of your loved one.
MEMORIES & CONDOLENCES
3 Entries
May God's promise found in John 6:40, of the hope to see our loved ones again, comfort your heart and give you peace, strength and hope in the days to come.
January 13, 2018
To the Banks Family: My heartfelt sympathies go out to the family and friends during this difficult time. I hope that the promise in 1 Thessalonians 4:14 can bring comfort. Knowing that there's a hope for the ones we have lost in death can be so reassuring.
January 11, 2018
To his family and friends. My condolence. May our godly father bring great peace and comfort. Mathew 5:4
January 10, 2018
Showing 1 - 3 of 3 results