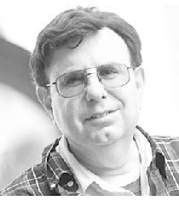 GOTTHELF--Philosopher Allan Stanley, died of cancer at age 70 on Friday, August 30th, at his home in Philadelphia, in the company of his dear friend Cassandra Love. A memorial service will be held Saturday, September 7, at 10am at the St. Regis Hotel in Manhattan; burial will be at Kensico Cemetery in Valhalla, N.Y., at 3pm. Gotthelf is best known for his scholarship on Aristotle and on Ayn Rand, with whom Gotthelf was friends. At the time of his death he was Anthem Foundation Distinguished Fellow in the Rutgers University philosophy department. He is also an emeritus professor of philosophy at The College of New Jersey and a Life Member of Clare Hall, Cambridge University, and between 2003 and 2012 was a visiting professor of the history and philosophy of science at the University of Pittsburgh, where he held an Anthem Fellowship for the Study of Objectivism. David Charles (Oxford University) speaks of Gotthelf's "decisive role in the renaissance of scholarly and philosophical interest in Aristotle's biological writings," and Alan Code (Stanford University) comments that "no scholar has had a deeper and more lasting impact on the scholarly understanding of Aristotle's biological corpus than Allan Gotthelf." Gotthelf made this impact through a series of path-breaking essays now collected in Teleology, First Principles, and Scientific Method in Aristotle's Biology (Oxford University Press, 2012) and through the conferences and workshops he organized. These events formed the basis for two books: Philosophical Issues In Aristotle's Biology (Cambridge University Press, 1987), which Gotthelf co-edited with James G. Lennox (The University of Pittsburgh), and Aristotle on Nature and Living Things (Mathesis, 1985). The latter book, which Gotthelf edited, was in honor of his friend and mentor David Balme (University of London), and after Balme's death in 1989, Gotthelf shepherded several of his projects to publication. In 2004, Gotthelf's "contributions to the study of classical philosophy and science" were celebrated at a conference at the University of Pittsburgh, which led to the volume: Being, Nature, and Life in Aristotle: Essays in Honor of Allan Gotthelf (Cambridge University Press, 2010), edited by Lennox and Robert Bolton (Rutgers University). Gotthelf met Ayn Rand in 1962, in connection with lectures on her philosophy that he attended. Rand took an active interest in philosophy students, and over the next 15 years, he had the opportunity for long philosophical discussions with her. Gotthelf is one of two friends whose expressions of interest Rand said prompted her to write Introduction to Objectivist Epistemology, which has become one of history's best-selling works on epistemology. Gotthelf was an active participant in Rand's famous 1969-71 Workshops on that book, an edited transcript of which now appears as an appendix to the book's second edition (Plume, 1990). Gotthelf was a founding member of the Ayn Rand Society, a group affiliated with the American Philosophical Association, and he held the Society's highest office from 1990 until his death. Since April of 2013, he has shared that office with Gregory Salmieri (Boston University), his former student and frequent collaborator. Gotthelf co-edited (with Lennox), and contributed essays to, the first two volumes of the Society's ongoing Philosophical Studies series, published by the University of Pittsburgh Press. He is the author of On Ayn Rand (Wadsworth, 2000), and is co-editor (with Salmieri) of Ayn Rand: A Companion to Her Works and Thought (Wiley-Blackwell, forthcoming). He is survived by Ronald and Cassandra Love and their sons Zach and Ian Barber--whom Allan regarded as his family--by his many friends and students, and by his sister, Joan Gotthelf Price.

Published by New York Times on Sep. 5, 2013.
To plant trees in memory, please visit the Sympathy Store.
MEMORIAL EVENTS
To offer your sympathy during this difficult time, you can now have memorial trees planted in a National Forest in memory of your loved one.
MAKE A DONATION
MEMORIES & CONDOLENCES
21 Entries
Grief can be so hard, but our special memories help us cope. Remembering you and your loved one today and always.
Edward E. Unger
December 23, 2020
Allan was a generous presence in so many ways: friend, colleague, and inspiring guide to find out how it makes sense to think - not only about Aristotle.
István Bodnár
September 10, 2013
I am recalling the intellectual contribution given to me by this astute man with respect to my understanding of Greek concepts and language before Aristotle.
John Paschalus
September 7, 2013
As fine a philosopher that ever led a life well-lived. I did not know Allan Gotthelf well, but I attended a few conferences and his lectures and spoke briefly with him afterwards. And I enjoyed some of his writings, including posts on HBL. What struck me most about him was his lack of pretentiousness and intellectual accomplishments. It is our good fortune that he leaves us a great intellectual legacy.
Janet Wilberg
September 6, 2013
Thank you Allan for showing the world how it is done!
Thomas da Silva
September 6, 2013
What stood out for me was a small act of generosity. I didn't know him and was taking a class on Aristotle from him in a huge lecture hall along with hundreds of others at a summer conference. He had recently been to Greece and had collected a low denomination coin with a bust of Aistotle on on side which was in circulation over there. He brought back a coin for each of us and gave them to us. I don't recall another gesture like that from a prominent professor.
Philip Coates
September 6, 2013
Allan was a terrific guy with a terrific mind. He lived a life of facts and, therefore, benevolence, which came through in his delightful expressions, writing and voice. I will miss him.
David Elmore
September 6, 2013
You were nice to be so patient when answering my questions during dinner, and your answers were very considered and thorough. Thank you.
Tedd Potts
September 6, 2013
I feel terrible about Allen's passing. We have been friends since 1961. We both attended Brooklyn College, and we both joined the Beta Xi Chapter of the ZBT Fraternity. Allen was a better student than I, and I learned a great deal from him. It is unfortunate that he passed away when he did.
Alan Rothenberg
September 6, 2013
Thank you Allan for being a friend to me and Stephen and for being such an inspiring and joyful example of what a life can be when well-lived.

I'm sad that I won't ever talk with you again in person, but the ideas and values you dedicated your life to will remain in your writings forever for all of us.
Betsy Speicher
September 6, 2013
So sorry to hear the news. I will never forget when you came to speak on Aristotle as our guest for the Students of Objectivism club at the U. Of Waterloo. I also remember your love of ball-room dancing and your kind and benevolent nature. It was an honour to have crossed paths.
Anna Kolenc (Vancouver)
September 6, 2013
Michael Poholka
September 6, 2013
Allan and I were frat brothers many years ago. We wer eclose during and a short time after college. We lost touch after a few reunions. Little did I know of his scholarly accomplishments and I regret never having the opportunity to share thoughts on his work. Rest in peace Allan.
Fraternally,
Norm Fastenberg
September 5, 2013
Allan will be dearly missed, and always remembered.
Travis Norsen
September 5, 2013
Neil Erian
September 5, 2013
Thank you, Allan, for your dedication to your values, and for helping me to pursue and achieve mine.
Al Jakira
September 5, 2013
Well done Allan.
Thank you for your contributions and inspiration.
Robert Begley
September 5, 2013
Thank you for showing me how to know I was not in love, and how to know when I was.
Jack Crawford
September 5, 2013
Tore Boeckmann
September 5, 2013
Thanks, Allan, for two days spent walking around Oslo answering the questions of an ignorant teenager, who was supposed to show *you* the sights. Your endless patience when the subject was philosophy, made time truly stand still that weekend thirty-one years ago. You will never be forgotten.
September 5, 2013
Thank you, Allan, for your writings--and your life. Your tireless loyalty to your loves, to your chosen values, is a "command to rise." And, as the Ford Hall Forum said of Ayn Rand: in honoring Allan Gotthelf, we honor ourselves.
Shoshana Milgram
September 5, 2013
Showing 1 - 21 of 21 results