ARTHUR POMPOSELLO
FUNERAL HOME
Park West Riverside Chapel
333 Amsterdam Ave
New York, NY
POMPOSELLO--Arthur. New York cabaret impresario Arthur Pomposello, who for decades presided over the fabled Oak Room of the Algonquin Hotel, has died. Pomposello passed away Thursday at Lenox Hill hospital of complications related to the COVID-19 virus. Arthur Pomposello was instrumental in reviving the great American Songbook at the Oak Room after the space had been shuttered for decades as a cabaret venue. In 1980, Arthur Pomposello -- then serving as a bartender in the Blue Room -- pitched the idea of himself performing the duties of booking agent and host of the Oak Room to Algonquin owners Ben and Mary Bodne. He was given the opportunity to book a show, and hired Susannah McCorkle. The singer was a sensation, thus assuring Pomposello of his place at the forefront of Oak Room operations where he remained for a generation. Pomposello's true gift was for spotting and developing talent. Artists who performed at the Algonquin during his tenure include Harry Connick Jr., KT Sullivan, Diana Krall, John Pizzarelli, Eric Comstock, Mary Cleere Haran, Stacey Kent, and Wesla Whitfield, to name a few. The eldest son of Concetta and Arthur "Scotty" Sr., Pomposello was born in Harlem, raised on Colgate Avenue in the Bronx and graduated from the Michigan State University Hotel Management program. He began his career as a food and beverage manager and maitre de at some of New York's finest eateries in the 1970s, including nightclub impresaria Regine's Cafe Reginette and, working alongside the late restaurateur and cookbook author George Lange, Hungaria and Cafe Des Artistes. An avid film lover, he simultaneously found time to act as a supporting player in a number of New York film productions, including The Seven Ups, Dog Day Afternoon and Badge 373. In a bit of meta casting, he had a recurring role in the ABC soap opera One Life to Live playing the part of a ma-tre de. Three children -- Peri Kish-Pomposello of Fairfield, CT, Sean Pomposello and his wife Shaun of Redding, CT, and Chris Pomposello and his wife Sarah of Ridgefield, CT; Two grandsons -- Matthew Kish, Daniel Pomposello; Three granddaughters -- Grace Pomposello, Sophia Pomposello and Aveline Pomposello, survive him and his son Adam preceded him in death. A celebration of his life will be held at Riverside Memorial Chapel 76th Street and Amsterdam, NY on May 12 at 7pm-9pm and a private graveside service at The Kensico Cemetery in Valhalla, NY is planned.

Published by New York Times on May 11, 2021.
To plant trees in memory, please visit the Sympathy Store.
MEMORIAL EVENTS
May
12
Celebration of Life
7:00p.m. - 9:00p.m.
Riverside Memorial Chapel
76th Street and Amsterdam, New York, NY
Funeral services provided by:
Park West Riverside Chapel
MAKE A DONATION
MEMORIES & CONDOLENCES
4 Entries
Arthur Pomposello's memory much deserves to be honored. I knew him first as frequent audience goer and then as a performer at the Oak Room, and later, at Iridium. He was an imposing figure and treated his artists with utmost regard. These past few years we got better acquainted realizing we were neighbors. I would see him at the 54th St Gym or occasionally we'd have dinner at his favorite Isle of Capri on Third Ave. I never tired of hearing the vivid Pompie chronicles - from Alqonquin lore (like Sylvia Syms dying during her show) to his guitarist dad Scotty, his wifes, children and brothers. The memories were touching, interesting, some quite sad, but all loving and respectful. Not to mention his many jobs - all varied in experience. Arthur never stopped learning and being productive. He was such an old school gentleman who appreciated great music, art, cuisine and beauty. I was so charmed to receive a couple of his own hand drawn floral designed note cards around the holidays. That's style! I regret I never got to sample his chicken cutlets or the gravy he learned to make from red peppers rather than tomato.
May Arthur find peace up there with the angels.
daryl sherman
Friend
May 15, 2021
Thank you for the support,laughs,and memories from the Algonquin days...RIP
Martin Pizzarelli
Friend
May 13, 2021
Please except my deepest sympathies to you and your family at this time of grieving. May the love of friends and family carry you through your grief.
Simone Taylor
May 12, 2021 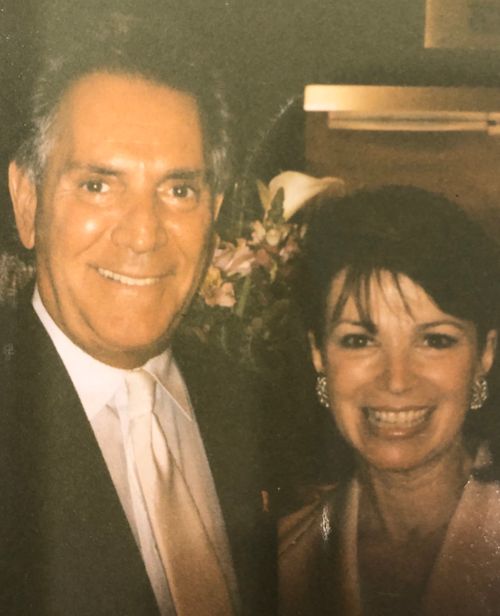 He was always very kind and supportive of me and my memories of my nights performing in and attending performances in The Oak Room are among my most treasured!
Lynn DiMenna
Friend
May 11, 2021
Showing 1 - 4 of 4 results