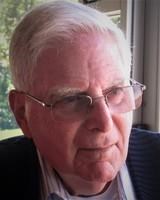 FUNERAL HOME
Riverside-Nassau North Chapel
55 North Station Plaza
Great Neck, NY
1937 - 2019
Rifkin-Arthur Edward, MD, 82, of Great Neck, NY has passed away. Dr. Rifkin was an influential academic psychiatrist and researcher, with over 150 citations in the medical literature, including over 50 clinical trials, many representing seminal research in psychopharmacology. In addition, Dr. Rifkin was a well-regarded clinician, and a clinical and research mentor to hundreds of psychiatrists, including many former psychiatric residents who are now leaders in the field across the country.

Dr. Rifkin received his bachelors degree from Columbia University in 1957, and his medical degree from SUNY-Downstate in 1961. After a medical internship at Maimonides Medical Center, he completed his psychiatric residency at Hillside Hospital in 1965. For the next two years he served as a Captain in the US Air Force at Ellsworth Air Force Base in South Dakota.

Upon returning to live in Great Neck, Dr. Rifkin began his academic career back at Hillside Hospital, with subsequent positions at New York Psychiatric Institute, Mount Sinai Medical Center, Elmhurst Medical Center and Queens Hospital Center. In 1998, he returned to Hillside Hospital, where he remained for the rest of his academic career. In recognition of his important contributions as a researcher, expert clinician and sought-after teacher, he achieved the rank of Professor of Psychiatry at Mount Sinai School of Medicine, Albert Einstein College of Medicine, and Zucker School of Medicine at Hofstra/Northwell.

Arthur possessed a life-long eagerness to learn and grow. Examples include teaching himself German, in part to read the works of the philosopher Martin Buber in the original language and taking up the violin and mandolin to play in area orchestras. He was a voracious reader on all topics, with religion and philosophy as major themes. Throughout his life, Arthur was invited to share what he learned with others, for example most recently, giving a seminar series on Ralph Waldo Emerson and the other transcendentalists.

Arthur married Eva (Buschke) in 1961, honeymooning, it was later revealed, when he should have been on his medical school rotation in Dermatology. From their start in New York City, to their adventure in South Dakota, to their longtime residence in Great Neck, their love only grew. As a testament to his influence, both of his children pursued careers inspired by his example in medicine and education. His son is a clinician-educator physician who now edits medical guidelines and his daughter is an Associate Professor of Music Theory at Ithaca College.

A memorial service to celebrate his life will be held on August 10th at 11am at the Unitarian Universalist Congregation at Shelter Rock, 48 Shelter Rock Road, Manhasset, NY. To honor Arthur's life, donations can be made to the American Psychiatric Association Research Foundation. . https://apasoapboxexchangecom.secure.nonprofitsoapbox.com/donate
Published by New York Times from Jul. 22 to Jul. 23, 2019.
To plant trees in memory, please visit the Sympathy Store.
MEMORIAL EVENTS
To offer your sympathy during this difficult time, you can now have memorial trees planted in a National Forest in memory of your loved one.
Funeral services provided by:
Riverside-Nassau North Chapel
MAKE A DONATION
MEMORIES & CONDOLENCES
1 Entry
Philip Stoecker
July 28, 2019
Showing 1 - 1 of 1 results