ARTHUR M. SPIRO
1925 - 2013
BORN
November 10, 1925
DIED
March 16, 2013
FUNERAL HOME
Riverside-Nassau North Chapel
55 North Station Plaza
Great Neck, NY 11021
SPIRO--Arthur M. Born November 10, 1925, Died peacefully on March 16th , 2013 after a long and courageous battle with Parkinson's Disease. Arthur is survived by his beloved wife, the love of his life of 59 years Joan (Goldstein), his four precious daughters, Diane Spiro Kletz, Lyn (Michael) Paul, Susan Spiro Stone, and Carol Spiro Feldman, and nine adored grandchildren, Robert (Ludmila) Paul and Stuart Paul, Max Stone and Samantha Stone, Alison Feldman, Megan Feldman, and Daniel Feldman, Sam Kletz and Bethany Kletz, as well as many cherished lifelong friends. Funeral 1:00pm on Sunday, March 17th, Temple Beth El of Great Neck. Raised in Belle Harbor, Rockaways. Attended Clemson College (then all military US Army ROTC, now Clemson University) then Cornell University USNR V-12 College Training Program, WWII Lieut (j.g.) Asiatic Pacific Theater, Attack Transports (APA's). B.S. Chemical and Textile Engineering Clemson University and M.S. Massachusetts Institute of Technology followed by fifty years in the Textile Industry as technician, designer, manufacturer and merchant, leading to Executive Management positions with Robbins Mills, Industrial Rayon Corp., United Merchants and Manufacturers (all N.Y.S.E.) then as an entrepreneur with ownership in Waumbec Mills, then as an investor with Charterhouse Group International, Carleton Woolen Mills, Perfect Fit Industries, Golding Industries, Tex Tech Industries and Tex Tech Industries, Ireland of which he was Chairman and CEO among others. He formed his own management consulting firm AMSTEX Enterprises Inc. He served actively in many trade organizations, including having been President of both the American Association for Textile Technology and The Textile Distributors Association. A pioneer in the development of man-made fiber products and holder of two successful patents, he was among the first to market flame retardant drapery fabrics, woven stretch fabrics for apparel and ski wear, textured polyester double knits and was a leader in introducing nylon for floor coverings. His owned companies were the world's largest suppliers of fabrics for billiard/gaming table covers Carleton and tennis balls Tex Tech. A technologist and merchant, he was credited with bringing textile technology to the marketplace. The writer of numerous publications and speaker at industry conferences, guest appearances on radio and TV, he received many honors including membership in the Society of Sigma XI at MIT, an Honorary PhD, Beta Gamma Sigma and Distinguished Alumni Award from Clemson University and the Textile Veterans Achievement Award. After selling Carleton Woolen Mills and his ownership in Tex Tech Industries, he retired to pursue an active fifteen years of philanthropy in education and medical research, to make a difference, which he did with success at Clemson, including being an adjunct Professor in the College of Business and Behavioral Sciences, Trustee of the University Foundation, member of the President's Advisory Council and with his wife Joan, in founding the Arthur M. Spiro Institute for Entrepreneurial Leadership. He was an Honorary Trustee and past member of the Executive Committee at North Shore Long Island Jewish Health System and was the Founding Chairman of the Feinstein Institute for Medical Research (most recently Chairman Emeritus.) Board of Trustees and Member of the Executive Committee at Cold Spring Harbor Laboratory where he was Chairman of the DNA Learning Center, Honorary Trustee of Temple Beth El of Great Neck. He was a world traveler and fly fisherman, avid golfer, member of Fresh Meadow Country Club, LaCosta, California Country Club, Clemson University Golf Club and Past President of the Lake Success Golf Club, skier and tennis player, Although later physically limited by sports injuries he continued fishing and playing golf, not content to be just a spectator, he was always active in giving of himself to try and make the world a better place.

To plant trees in memory, please visit our Sympathy Store.
Published by New York Times on Mar. 17, 2013.
MEMORIAL EVENTS
No memorial events are currently scheduled.
To offer your sympathy during this difficult time, you can now have memorial trees planted in a National Forest in memory of your loved one.
Funeral services provided by:
Riverside-Nassau North Chapel
MEMORIES & CONDOLENCES
8 Entries
Jill just told me about Arthur's passing. Our relationship takes me back generations and I value the friendship we had and will continue to have. I close with much love to you, your children and grandchildren.
Barbara Jacobson
April 3, 2013 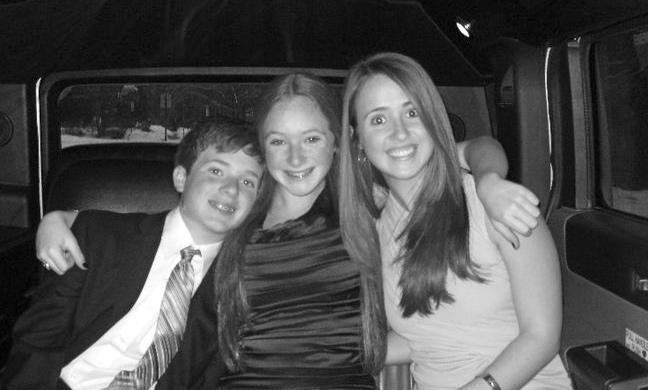 Ail, Meg and Dan Feldman
March 28, 2013
Dear Joan and family, I am very so sorry to learn of Arthur's passing. I have many fond memories of growing up in Great Neck with the Spiros. Arthur was a most gracious host for many happy occasions from fishing trips and golf outings to Bat Mitzvahs and break fasts. I enjoyed his sense of humor, wisdom and his love for his airedale terrier. My mom (Chris) and dad (Marty) enjoyed many wonderful years with their dear friends Joan and Arthur beginning when they first met on their honeymoon in Bermuda. Please accept my sincerest condolences during this difficult time.

Bruce Friedricks
Bruce Friedricks
March 28, 2013
Dear Joan and family.Iappreciate Susan;s phone call to let me know of Arthur's passing.He gave me the best jobs at Carlton I had in my career.Sallie and I always enjoyed those times when you and Arthur were together with us at various occasions and especially our first meeting on the coast with Dornan Lucas,when I learned how to eat Maine's seafood.Arthur and I were alike in our love for fly fishing and Southern barbecue,baseball and rivalry between my Ga Tech and his Clemson football.Together,we worked to make CARLTON the best producer of woolen textiles in the U.S.We held to the premise that to do it right the first time in every endeaver was the only way to be the best.He lived life to the fullest and worked hard to do so.To you and all your family we send our sympathy in your loss and know that we truly loved Arthur Spiro!
Sallie and Marshall McDuffie
March 27, 2013
Dear Joan,

I was sad to hear of Art's passing. I will have fond memories of his visits to Clemson and playing golf with him. Art was a great benefactor of Clemson. And I again appreciate your helping my daughter Sarah a few years ago.

John Warner
Professor of Economics
Clemson University
John Warner
March 21, 2013
To the Family and Friends of Mr. Spiro: I hope you find comfort in your memories, stories and in God's Word. If anyone knows how we feel it is he. He tells us to throw all our anxiety on him because he cares for us (1 Peter 5.7).
Bible Student
March 18, 2013
Joan and family,
Billy and I are so saddened to hear of Arthur's passing. He was a lovely man and certainly one of strong conviction. We will miss him as our friend and neighbor and hope that we will see you again one day.

I am so sorry to hear that Art passed away. He was such an inspiration to so many people. His legacy will live on through the many students that are touched by the Spiro Institute for Entrepreneurial Leadership at Clemson. He helped change the lives of young people....and there is no higher calling.

I will miss him...my happiest days at Clemson were working with him and the Institute. My thoughts and prayers are with you and your family during this sad time.