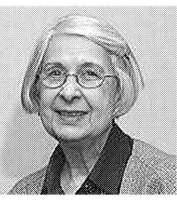 1924-2016. Betty Kirke passed away on February 20, 2016 in California where she has resided for the past five years after living in her beloved New York for over 60 years. In 1952 Betty founded B.L. Griffith Designs, Inc, a manufacture of ready-to-wear fashions. She met and married musician and actor Walter Kirke in 1955. They were married for 25 years until Walter's passing in 1980. In 1973, Betty began working at the Metropolitan Museum of Art, New York. It was while working at the Museum that Betty first encountered the works of Madeleine Vionnet, which would become her life's work. Betty became an expert on Madeleine Vionnet, and authored multiple books and articles on the innovative designer. Betty's work on Madeleine Vionnet was donated to the Los Angeles County Museum of Art for future generations of designers to use as reference. In 1979, Betty accepted the position of Senior Conservator of the costume and textile collection at The Museum of the Fashion Institute of Technology. Betty also taught in the institution's graduate program for museum studies from 1985 until 1991. Betty was an amazing woman. She loved spending time with her friends and colleagues and was fortunate to travel around the world with many of them. Betty is survived by many friends including Eileen Murray (who was Betty's model for B.L.Griffith Designs), Joan Rosentreter (her college friend), her cousin and his wife, Scott and Dona Bruckner who found it a privilege to care for Betty in her final years. Betty will be laid to rest with her beloved Walter in Salem, MA at the Kirke family cemetery. Betty was so proud to have been awarded the 1999 Millia Davenport Publication Award from the Costume Society of America, and she has an endowment in her name to be awarded annually. If you would like to contribute to her scholarship please send to the following address: Costume Society of America, P.O. Box 852, Columbus, GA 31902-0852. Please make a notation that it is for the Endowment for Betty Kirke.

Published by New York Times on Mar. 20, 2016.
To plant trees in memory, please visit the Sympathy Store.
MEMORIAL EVENTS
To offer your sympathy during this difficult time, you can now have memorial trees planted in a National Forest in memory of your loved one.
MAKE A DONATION
MEMORIES & CONDOLENCES
2 Entries
Betty will be missed, may memories and prayers comfort and console all.
Ann
March 21, 2016
Betty's influence on costume history and preservation will endure through her research, her teaching and her methodologies that will influence generations of students to come. Her generous spirit and passion about costume have left an indelible mark on the field. Most of all, her delightful personality and kindness will be missed by those who knew and loved her.
Kim Dramer
March 20, 2016
Showing 1 - 2 of 2 results