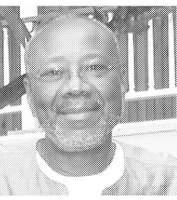 Museum Founder and Curator Boubacar Kone passed away on August 3, 2016 in Los Angeles. Kone co-founded the Musee Boribana in Dakar, Senegal and the Pounder-Kone Art Space in Los Angeles with his wife, actress CCH Pounder. Born in Senegal on October 25, 1942, Kone attended the Institute of International Journalism in Strasbourg, France and was a member des Laboratoires (Etude de Systems de Pensees des Religions Africaine) in Dakar. In 1993, Kone and Pounder founded and built the Musee Boribana, a museum of contemporary art, the first such museum in Dakar which they gifted to the Senegalese people in 2014. Kone is survived by his wife of 25 years, CCH Pounder; children Cheik, Aisha, Awa, Noah and Mariama; and three grandchildren, Raven, Cydney and Cheik. Donations can be sent to the African Millennium Foundation www.1amf.org or Empire Des Enfants www.emp iredesenfants.sn.

To plant trees in memory, please visit our Sympathy Store.
Published by New York Times on Sep. 8, 2016.
MEMORIAL EVENTS
No memorial events are currently scheduled.
To offer your sympathy during this difficult time, you can now have memorial trees planted in a National Forest in memory of your loved one.
MEMORIES & CONDOLENCES
9 Entries
Boubacar Kone was so warm and friendly. I remember attending a party with my husband one Christmas....my husband was less than thrilled ...and Boubacar came over and told him..."Come on John....you got to mingle!"
From that day on whenever we saw him at a party we would greet him with "you got to MINGLE". I'm so glad our lives overlapped through my sister friend CCH. May Boubacar rest in peace. Job well done....friend.
Angela Robinson Witherspoon
Friend
September 2, 2020
Boubacar, Tu seras toujours avec nous puisque tu es le protecteur maintenant. CCH, your journey with Boubacar has just begun.
Nous t'aimons beaucoup,
La famille Lathan
Marguerite Lathan
September 8, 2016
Boubacar, you were always such a Prince. You will be sorely missed by so many of us in Los Angeles. We will hold CCH tight and keep you in our hearts always.
-Nandi, Robin, Addae, Khari and Taj
September 8, 2016
This candle is to signify the light you shined on so many of us. Rest in peace, Bouba. you are respected and missed.
Judy Page
September 8, 2016
so sorry for your families loss...
cheryl starbuck
September 8, 2016
Boubacar,
We, together, will dream of N'Gor's blue sea, cloudless sky, and cool breeze forever. You taught us dreams never die.
Frank Mashuda
September 8, 2016
Boubacar Kone .... We miss you! Travel on in love and light ..... We will look after your darling, CCH. To the children and family - carry on .... You are seeds from a magnificent tree- one love ❤
Angela ROBINSON Witherspoon
September 8, 2016
Darling CC...sending you love and tender hugs at your time of loss. Hope to see you soon.
Cheryl Bianchi
September 8, 2016
Family, so sorry for your loss, may our Creator strengthen you and give you peace. Trust that he knows the pain you are feeling. You have so many wonderful memories that will give you comfort.
Psalms 55:22.
Penelope
September 8, 2016
Showing 1 - 9 of 9 results