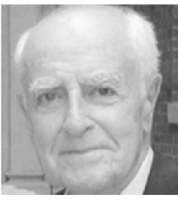 KUBERT--Bruce Lee Died at home surrounded by his family on 30 May 2010, after a wonderful long life. He was born in Brooklyn, NY, to Stella Paris and Samuel J. Kubert, on September 11, 1918. He was an alumnus of Poly Prep '36 and Yale University '40. He retired from the US Navy as Lieutenant Commander, having served during WWII as the communications officer aboard the USS Brooklyn. After returning to New York City, he became Chief Executive Officer of Paper Sales Corporation. In June 1955, he married Betty Randolph Bean and became a devoted and loving father; they divorced in 1970. He was also an avid fan and supporter of the performing arts. Among the many activities he dedicated his passion to were serving as president of the Musicians Club, and as Chairman of the Musical Affairs and Special Events Committees at the University Club, both of New York. He is survived by his two children, Kate Kubert Puls of New York City, and Bruce Clark Kubert of Eugene, OR, and their spouses, Janko Puls and Jean Nelson. A celebration of his life will be held on 20 June. Please contact his chil- dren at [email protected] and [email protected]

Published by New York Times on Jun. 2, 2010.
To plant trees in memory, please visit our Sympathy Store.
MEMORIAL EVENTS
To offer your sympathy during this difficult time, you can now have memorial trees planted in a National Forest in memory of your loved one.
MAKE A DONATION
MEMORIES & CONDOLENCES
1 Entry
DEAR KATE AND BRUCE,

AS ANOTHER LONG TIME RESIDENT IN THE ROCKEFELLER APTS, I KNEW AND LOVED YOUR FTHER. HE WAS NOT ONLY A CULTURED AND WARM AND FRIENDLY PERSON, BUT WITTY AND CLEAR IN HIS POINT OF VIEW ABOUT LIVING A GOOD LIFE WITH INTEGRITY. IN THE PAST WE SHARED SO MANY CONVERSATIONS ABOUT MUSIC, THE STATE OF OUR BUILDING AND FAMILIES. I WILL MISS MEETING HIM SO MUCH COMING AND GOING IN OUR BELOVED BUILDING. PLEASE ACCEPT MY SINCERE CONDOLENCES. I WOULD LOVE TO MAKE A DONATION TO HIS YOUNG MUSICIANS GROUP.
JOYCE POMEROY SCHWARTZ APT 1G
June 7, 2010
Showing 1 - 1 of 1 results