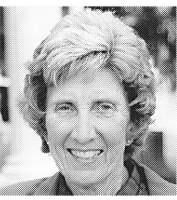 Camille "Buz" Buzby Lamont On January 12 following a courageous battle with bronchiectasis. Buz was born May 19, 1926 in San Juan, Puerto Rico where her parents, Jesse Milton Buzby and Helene Geissere Buzby had moved from the mainland in the early twenties. Buz graduated from George School and Middlebury College before studying at the University of Geneva, Switzerland where she met her future husband, Edward "Ted" Lamont. Buz worked for the Girl Scouts of America for two years before her marriage to Ted Lamont in San Juan, Puerto Rico on June 23, 1951, the affirmation of a love affair lasting a lifetime. Ted's job took them to Washington, where Buz worked on Senator Kefauvers staff. In 1961 they moved to their permanent home in Laurel Hollow, Long Island, New York. The three Lamont children attended East Woods School where Buz helped organize the annual Spring Fair. They returned to Washington for a three-year government assignment for Ted in 1971 where Buz volunteered as a docent at the Smithsonian. Buz enjoyed summer vacations in North Haven Maine, sailing, picnicking, and cruising the New England coastal waters and rivers with Ted in their blue trawler. For many years she organized a large tea for the North Haven yacht club every year. She was a good skier, tennis player, and an award-winning golfer; a new golf house at the North Haven golf club is named the Buz Barn in her honor. She served on the club's board of directors where she organized activities for the younger players. Fluent in Spanish, she was active in her son Ned's election campaign for the Senate in Connecticut. She was an invaluable assistant to her husband's authorship of several books. The center of Buz's life was her devotion to her family and friends. She offered her gift of love and friendship widely, rarely forgetting a birthday, a Christmas present, or a phone call to a sick friend or just to say hello. She radiated throughout her life an infinite kindness, generosity, and love that it was our great privilege to share. Friends seeking a sympathetic hearing or advice called Buz. She was a loving and caring wife, mother, and grandmother and a warm friend whose radiant smile would light up any gathering. She leaves her devoted husband, Ted, and their children, Ned Lamont of Greenwich, CT, Helena Lamont of Sharpsburg, GA, Camille Burlingham of Stonington, CT, her daughter-in-law Anne Lamont, and son-in-law Nicholas Burlingham, and five grandchildren, Emily Lamont, Lindsay Lamont, Teddy Lamont, Caroline Burlingham, and Colin Burlingham She is also survived by her two brothers, Milton Buzby of Spartanburg, SC and Scott Buzby of Vero Beach, FL, their wives Kay Buzby and Penny Buzby. and many nieces and nephews. The family requests that donations in lieu of flowers may be made to the Children's Aid Society, 105 East 22 Street, New York, NY 10010 or St. John's Church, 1670 Route 25A, Cold Spring Harbor, NY 11724. A memorial service to celebrate her life will be held on Saturday, January 31, 2015 at Saint Johns Church in Cold Spring Harbor, NY at 1pm.

To plant trees in memory, please visit our Sympathy Store.
Published by New York Times on Jan. 14, 2015.
MEMORIAL EVENTS
No memorial events are currently scheduled.
To offer your sympathy during this difficult time, you can now have memorial trees planted in a National Forest in memory of your loved one.
MEMORIES & CONDOLENCES
7 Entries
Thinking of you all!
With love,
Saer
Saer Coulter
February 1, 2015
Buz was one of my mom's best friends and their lives were intertwined, with husbands and children, for the past 60+ years. I can still remember her distinctive voice and her energy at organizing all of us for summer picnics at the beach or ski vacations in Vermont. What a woman. To Ted and Ned and the girls, I am so sorry to hear this, but know that dad, who died 10 years ago today, will be welcoming Buz with open arms. So nice she will be there to keep him company until the rest of us find our way home. We love you and are thinking of you.
Scottie and the Brown Family (Maru, Hunter, Loocie, and George)
Scottie Brown Jones
January 15, 2015
Buzz was the Queen of the Camoflage game! (Among her many other talents). She inspired me to organize and lead many a game with friends and family through the years.
With much love and hugs to Ted and the family, Andrea
Andrea Heap
January 15, 2015
I will always have fond memories of Buz, constantly in motion, a smile on her face and a twinkle in her eye, always taking the time to cheer on her kids and their friends! A class act all the way. She will missed dearly.
Lee LaPlante
January 14, 2015
Ted, I feel for your loss, having lost Christian in October. I will always remember Buz' vitality in all her pursuits, and as the gracious hostess at the Tea. I am sure your close family and many friends will give you strength through the rough period ahead.
With sympathy and affection.
Peter
Peter Scott-Hansen
January 14, 2015
Such a a special great Aunt.