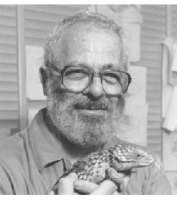 GANS--Carl, 86, died peacefully after a long illness in Austin, TX on November 30th, 2009. He was born in Hamburg, Germany where he attended the Talmud Thora Realschule, and emigrated to the US in 1939. Here he attended George Washington High School, NYC, received a BS in Mechanical Engineer from New York University 1944, an MS in Mechanical Engineer from Columbia University l950, a PE License from New York State l950, and a Ph.D. in Biology from Harvard 1957. He served in the U.S. Army in the Pacific Command in the Philippines and Japan from 1944-46. Carl was a John Simon Guggenheim Memorial Fellow, 1953-55 for reptile studies in Brazil. After working eight years with Babcock & Wilcox installing power boilers, he changed careers and became Professor of Biology and Department Chair at the University of Buffalo (later SUNY) from 1958-71. He moved to Ann Arbor as Professor of Biology and Chair of Zoology at the University of Michigan until his retirement in 1998. Carl's work and hundreds of publications were in evolutionary physiology and comparative biomechanics. He carried out his primary studies in the area of reptiles and amphibians. He became world known as editor of the journal "Morphology" for 25 years and as the editor of the monumental 23 volume "Biology of the Reptilia" published between 1969 and 2009. His first book-length publication was "Biomechanics" in which he combined his engineering and biology backgrounds. He coauthored two biology texts used in universities throughout the U.S.: "A Photographic Atlas of Shark Anatomy" and "Electromyography for Experimentalists". He also wrote the popular paperback book "Reptiles of the World" translated into many languages. His library of over 20,000 items in herpetology is currently at Ben Gurion University in Israel, which also has his extensive scientific correspondence. Other of his publications may be found at the Scripps Institute, University of California, San Diego and the Museum of Comparative Zoology at Harvard. His extensive animal collections which he gathered on five continents over many decades can be found at the Field Museum of Natural History, Chicago, the California Academy of Sciences, San Francisco, the Carnegie Museum of Natural History, Pittsburg, and the Museum of Comparative Zoology at Harvard. Carl was predeceased by his wife of fifty years, Mabel Kyoko Andow. He is survived by his brother Leo Gans, of Teaneck, NJ. Memorial donations may be made to any charity of your choice.

Published by New York Times on Dec. 6, 2009.
To plant trees in memory, please visit the Sympathy Store.
MEMORIAL EVENTS
To offer your sympathy during this difficult time, you can now have memorial trees planted in a National Forest in memory of your loved one.
MAKE A DONATION
MEMORIES & CONDOLENCES
10 Entries
In loving memory of an incredible cientist and a wonderful person. I will remember you and miss you always.
Ueso Montero
Coworker
November 30, 2020
Carl: I still remember you, with the immense pride of being your protégé.
Ricardo Montero
Coworker
November 30, 2019
It was an honor to be one of his students and interns. His class and mentoring prepared my beyond belief for my future.
Lydia Trom
August 5, 2010
In memory of my professor and friend who taught me many things beyond zoology.
Herb Rosenberg
December 10, 2009
In the memory of a friend and colleague.
Zbynek Rocek
December 8, 2009 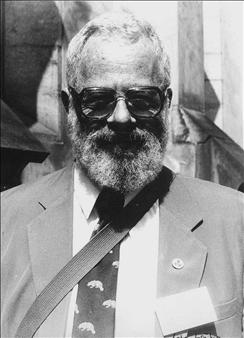 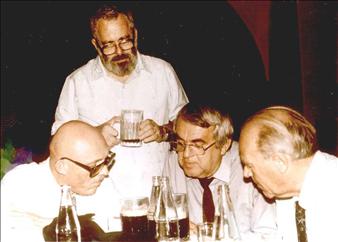