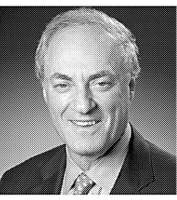 Charles Baum died of pancreatic cancer on October 24 at the age of 73. He will be remembered for his wit and wisdom, love of life, generosity, intelligence, and enthusiasm for learning. Above all, he loved his wife, Patricia, his children, grandchildren, and siblings. Nothing was more important to Charles than family and friends. He was a life advisor, a business advisor, and the best question asker. He had an uncanny ability to maintain deep relationships with friends from summer camp, grade school through graduate school, and beyond. For each person in his life, he remembered a birthday, a favorite moment, a funny line. He was a one-man clipping and search service, well before Google, finding what might be meaningful to each person and sending it with a hand-written note. After spending his childhood in Montgomery, AL, Charles graduated from Princeton's Woodrow Wilson School (Class of '64, Phi Beta Kappa, magna cum laude), Harvard Business School (Class of '66), and University of Maryland Law School (Class of '79). After Harvard Business School, he went to Wall Street firm Loeb, Rhoades & Co. He moved to Baltimore in 1973 with his first wife, Jane (Shapiro) Rodbell, where he worked at United Iron & Metal (now United Holdings) with his father-in-law I.D. Shapiro. He continued to run the family office until the onset of his illness in the fall of 2015. In the mid '70s through late '90s, he was a partner at Shapiro, Robinson & Associates, advising professional athletes, including Eddie Murray, Brooks Robinson, Cal Ripken Jr., Willie Mays Aikens, and Kirby Puckett. Upon moving to Baltimore, he became quickly ingrained in the city's civic and philanthropic community. He served on the boards of Center Stage, The Aaron and Lillie Straus Foundation, and the University of Maryland Foundation. In addition, he was the Investment Committee chair of the Associated Jewish Charities of Baltimore and was serving as its President at the time of his death. He was a long time member of Beth Am Synagogue. Charles' corporate board service included Baltimore's MuniMae (now MMA Capital Management), investment advisory firm Gabelli Group Capital Partners, and telecommunications company ICTC. He also served as Chairman and CEO of Morgan Group, Inc. and was a special advisor to Baltimore's Charm City Run. Charles had numerous and diverse interests including the arts, literature, sports, travel, and politics; he never missed a day or page of the Baltimore Sun, The New York Times, or Wall Street Journal. He was proud to be involved in Bill Bradley's presidential campaign and served as a Delegate to the 2000 Democratic National Convention. He enjoyed playing sports throughout his life, especially basketball, tennis, and golf, and was an avid spectator, rooting passionately for the Orioles and, above all, for the Alabama Crimson Tide. Charles is survived by his wife Patricia (Purnell) Baum of Severna Park, MD. He had three children, Andrew (1968- 1971), Katie of Berkeley, CA, and Matthew (Deborah) Baum of Baltimore, MD; and two stepdaughters, Staci (Andrew) Hodge of Baltimore and Beth Bafford (Dan Yeoman) of Washington, DC. He received endless joy from his four grandchildren, Beatrice Kennedy and Max Charles Baum and twins Samantha and Riley Hodge. He is also survived by his sister Sylvia (Herb) Horowitz of Columbia, MD and their children Joanne Beren (Jeff Arbeit), Susan Beren (Rodrigo Pizarro), David Beren, Diana England (Richard), Laura Simon (Warren); his brother John (Diane) Baum of Baltimore, MD and their children, Emily Baum (Josh Burke) and David Baum. In addition, he is survived by Jane (nee Shapiro) Rodbell (Stan) of Baltimore, MD to whom he was married from 1966-95. He was predeceased by his mother, Josephine C. Baum and father, Max S. Baum, both of Montgomery, AL. Lastly, he is survived by many friends, whom he loved and who loved him. Please see funeral home website: http://www.sol levinson.com/ for information on memorial service, contributions and mourning.

Chris Dyckman
November 1, 2015
Deepest condolences to the Baum family. During this time of mourning, may you find comfort from God's word that says He will "make you strong, He will firmly ground you." (1 Peter 5:10)
N D
October 31, 2015
Charlie and I attended Princeton together and although I had not seen him for many years , life just seems a bit diminished with his passing . A truly fine person.
Richard Ripley
October 30, 2015
I'm so sorry for your loos God promise to remove death forever Revrelation 21:3,4 IR
October 29, 2015
John , Diane, and Sylvia
I just happened to be reading the NY Times yesterday. I glanced as I often do at the obits. I was so sorry to say that I knew someone in NY who was listed on that page.
Our thoughts are with you and all your family at this time.
Love
Lee and Evelyn Altheimer
Lafayette, Colorado
October 29, 2015
Very sorry for your loss. May your family abound in love during this difficult time. We await the time when "no resident will say I am sick" Isa 33:24; JF
October 28, 2015
So very sad. Sincere condolences. A perfect gentleman with a great sense of humor. We loved our times with Patti and Charles.
Steve and Nancy Fischman
Steve Fischman
October 28, 2015
My deepest condolences to the family and friends. May you find comfort by drawing close to God during this difficult time. James 4:18
October 27, 2015
So sorry to read of this great loss to the Baum family. May the God of comfort grant you peace during this time of great sadness. (Numbers 6:24-26).
Brenda
October 27, 2015
So sorry to hear of his passing. Erv Lischke, classmate, Lanier 1960
Erv Lischke
October 26, 2015
We will miss our cherished friend, his smile and good humor, his loyalty and thoughtful personality. Our prayers and thoughts are with Patti and the rest of Charles' family. We send our love and support. Maria and Bill Spears
William Spears
October 26, 2015
Charles was a great leader in our community. He will be missed by all.

My thoughts and prayers are with his family and friends.
Ed Brake
October 26, 2015
I am so very sorry to hear about Charles.Our prayers and thoughts go out to you and your family.Steve and Vanessa Van Wezel
October 26, 2015
Showing 1 - 14 of 14 results