CLAIRE BUTLER
FUNERAL HOME
Higgins and Bonner Echo Lake Funeral Home
582 Springfield Ave.
Westfield, NJ
BUTLER--Claire Garvey, 84, died peacefully on March 14, 2015. Born June 16, 1930, in New York City, she attended the Convent School of the Sacred Heart and received degrees from the College of New Rochelle and Teachers College at Columbia University. Married to Dr. John K. Butler (now deceased) in 1957, she raised her eight children in Orange, New Jersey. She was a former president of the Garden Club of the Oranges. A Mass of Christian Burial will be celebrated at 10am on Wednesday, March 18, at Saint James the Apostle Church, Springfield, NJ. Visiting hours will be from 4pm to 8pm on Tuesday, March 17, at Higgins and Bonner Echo Lake Funeral Home, Westfield, NJ.


Published by New York Times on Mar. 17, 2015.
To plant trees in memory, please visit our Sympathy Store.
MEMORIAL EVENTS
Mar
17
Visitation
4:00p.m. - 8:00p.m.
Higgins and Bonner Echo Lake Funeral Home
582 Springfield Ave., Westfield, NJ
Mar
18
Mass of Christian Burial
10:00a.m.
Saint James the Apostle Church
Springfield, NJ
Funeral services provided by:
Higgins and Bonner Echo Lake Funeral Home
MAKE A DONATION
MEMORIES & CONDOLENCES
14 Entries
Dear Father John ~ The entire congregation of the Cathedral of St Mary of the Assumption, in Trenton, NJ, extends its warmest condolences to you & your family on the passing of your Mom. May Our Merciful Savior receive her in the Kingdom of Heaven, and may His Immaculate Mother comfort you during this difficult time.
Renee & Elise Zarelli
March 17, 2015
to Ed and all your siblings. I'm sorry for your loss. Hugs and help in any way I can are offered.
Patt Ferrari
March 17, 2015
Our condolences and prayers to the Kendalls, Plazas and the entire family.

The Velascos
March 17, 2015
Our deepest condolences to the Butler Family on the loss of your dear mother.
Mike & Cathy Bolger
March 17, 2015
Claire, Mark and Luke - The Bradens send GIANT HUGS and KISSES during this difficult time and only wish that we could find a magic wand to remove the sadness in your hearts. We love you all!
March 17, 2015
Wish I could be with all my Butler cousins! Know that my thoughts and prayers are with you during this difficult time. Peace to you, and to my Godmother, Aunt Claire.
Megaera Regan
March 16, 2015
Meg .our prayers and thoughts are with you and your family . Marigle Barragan
March 16, 2015
We adored Claire and our thoughts and prayers are with the entire Butler family. Tom and Mary O'Connor
March 16, 2015
Sincere condolences goes out to the Butler family for your sad loss. May the GOD of comfort be with the family and you go through this time of loss
March 16, 2015
My sincere condolences to the Butler family for the loss of your beloved one. May the God of all comfort and peace strenghen you during this diffcult time.
March 16, 2015 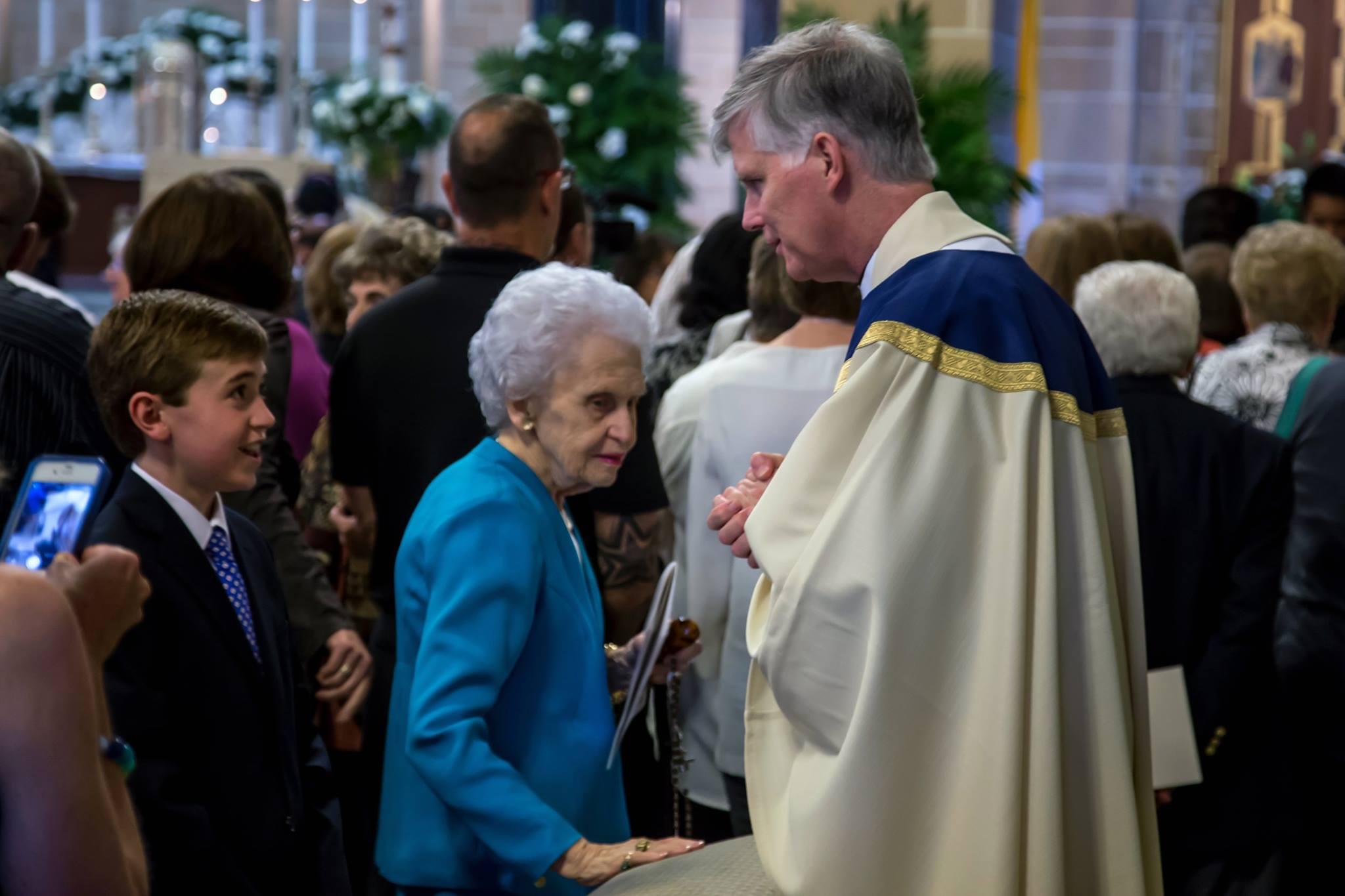 Bob Ondrovic
March 16, 2015
My Prayers and thoughts are with you all . May God's strength and comfort during this most difficult time.
David and Ruby Durant
March 16, 2015
My condolences go to the family. May God bless you with comfort and peace. He is near when we are broken hearted and when we pray for the strength to endure.
March 16, 2015
May the love of friends and family carry you through your grief.
G. Freeman
March 16, 2015
Showing 1 - 14 of 14 results