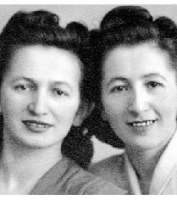 BRANDEL--Danka Kornreich. Holocaust Survivor, Danka Kornreich Brandel, passed away on 21 November 2012. She was 90 years old. Mrs. Brandel and her sister were on the first two mass transports of Jews to Auschwitz and survived over three years in the camps. Her sister Rena, chronicled their ordeal in the best-selling memoir, Rena's Promise: A Story of Sisters in Auschwitz. Mrs. Brandel was the recipient of the promise - to survive Auschwitz together. Their story was nominated for a National Book Award, and is the only published memoir of the first transport of women to Auschwitz. Mrs. Brandel was born in Tylicz, Poland, on June 7, 1922. She married Eli Brandel--also a Holocaust Survivor--in 1948. They emigrated to the United States from Holland where they raised their two children. Mr. Eli Brandel predeceased his wife of 53 years. She is survived by her daughter, Sara; her son, Norman, and five grandchildren. In honor of the sisters' legacy The Rena's Promise Foundation was created in hopes of creating a world free of prejudice, racism and hatred. Tributes can be made at www.renaspromise.com, the National Holocaust Memorial Museum, or The Alzheimer's Foundation.

Published by New York Times on Nov. 25, 2012.
To plant trees in memory, please visit the Sympathy Store.
MEMORIAL EVENTS
To offer your sympathy during this difficult time, you can now have memorial trees planted in a National Forest in memory of your loved one.
MAKE A DONATION
MEMORIES & CONDOLENCES
9 Entries
I'll never forget those two, I only wish that I could have met them. They will forever be in my prayers. GOD BLESS
November 29, 2012
When my life seems to be difficult I will continue to think of these beautiful woman who held strong and overcame the most difficult situation. Blessing to their families and love.
Beth Brunner
November 29, 2012
Another star appeared in the skies on the 21st. next to her sister. They changed my life for the better. You will always be remembered Danka, you have become a part of history that gives humankind a chance. You have shown us all how we can and must learn to live together in peace. Thank you with all my heart and may you rest in peace. I will spread your story so others can be inspired and have faith, that's MY PROMISE xx
Robert Greenaway
November 25, 2012
RIP a brave and wonderful woman: a survivor, a mother and grandmother, a giver of life in the face of death.
simon worrall
November 25, 2012
I grew to admire, love and respect Rena and Danka after reading Rena's Promise. Their will to survive was an amazing inspiration to me. The sisters shall always live in my heart.
God bless the family ......continue to keep Danka and Rena's spirit alive.
RenéeWilmit
November 25, 2012
RIP Danka. Much love to you and your family. Hugs, Tina in Virginia
Christine Haxton
November 25, 2012
We were friends of Rena and John Gellissen when they lived in Great Falls, Montana in the 60's....We have since lived apart but remained friends . Our hearts go out to Danka's family and Sylvia as well as I know how close the families were. Rena and Danka are together again in joy. RIP lovely ladies, Dianne and John Baczynski, Novato, Ca.
November 25, 2012
I am humbled to have read your story in Rena's Promise. Your story has made a difference. Rest well.
Joanne Teasdale
November 25, 2012 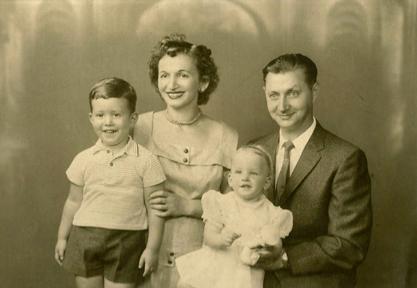 There are many more beautiful sentiments on our FB fan page that say more than I ever could, but I was especially fortunate to have met this wonderful woman. Her gentle spirit will be missed by all.
heather dune macadam
November 25, 2012
Showing 1 - 9 of 9 results