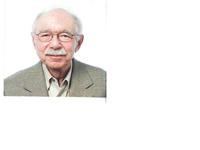 HOROWITZ-David H., 82, died peacefully at home on Tuesday, December 14, 2010. Terminally ill with cancer, he showed great courage facing his disease, comforted at the end by the presence of family and friends. Born September 11, 1928 to Abraham and Florence Bob Horowitz in New York City, David was educated in the city's public schools before entering Columbia University at the age of 16. While in college he earned admission in Phi Beta Kappa. After enrolling in Columbia Law School in 1948 he became editor of the Columbia Law Review. Following graduation he clerked for Judge Stanley Fuld, and then joined the Schwartz & Frohlich law firm that specialized in entertainment law. In 1963 he moved to Screen Gems, Inc., and then to its parent company, Columbia Pictures, Inc. in 1968 where he served as vice-president and general counsel. In 1973 he joined Warner Communications, where among other positions he served as co-chief operating officer with particular responsibility for the company's music and cable operations. In 1980 David helped to establish a joint venture between Warner Communications and American Express that developed programming specifically for cable television; under his direction its first creation was a channel devoted to music videos, well-known now as MTV. When MTV became an independent public company in 1984, David was its first president and chief executive officer. He left MTV after it was acquired by VIACOM, but continued to be active in the entertainment and technology areas. For many years he was active in SPIN magazine, including serving as its publisher, as well as serving as a consultant for ASCAP. He taught entertainment and copyright law at New York University and Columbia Law School, and served on the board of directors of a wide range of new internet companies. David bought a home in Santa Fe in the mid-1990s, and settled permanently here in 1999. He quickly became active in many local cultural institutions, including the Lensic Performing Arts Center and the Santa Fe Opera. He also was a trustee of the College of Santa Fe and an executive board member of the Governor's Council on Film and Media Industries. Courtly, generous, and widely-read, he is remembered for his intellect, generosity, and endless curiosity about all aspects of our world's culture. He is survived by his wife Susan, children Marilyn, Roger, Diana, and Adam, stepson Justin Weyerhaeuser, and grandchildren Jason and Lucy. A memorial service to remember his life will take place at the Lensic Performing Arts Center, 211 West San Francisco Street in Santa Fe, NM on Thursday, December 16, at 11am. In lieu of flowers, please send contributions to the Lensic or the Santa Fe Community Foundation.
To plant trees in memory, please visit our Sympathy Store.
Published by New York Times on Dec. 20, 2010.
MEMORIAL EVENTS
No memorial events are currently scheduled.
To offer your sympathy during this difficult time, you can now have memorial trees planted in a National Forest in memory of your loved one.
MEMORIES & CONDOLENCES
0 Entries
Be the first to post a memory or condolences.