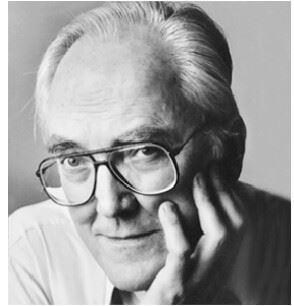 BORN
1928
DIED
2021
DONOGHUE--Denis, an internationally renowned literary critic and professor, died peacefully at home at the age of 92 in Durham, NC, on 6 April 2021. He was the beloved husband of Melissa Malouf, who was at his side when he died. Denis was born in Tullow, Co. Carlow, Ireland, in 1928. He was brought up in Warrenpoint, Co. Down, where his father, a Kerry-born Catholic sergeant in the Royal Ulster Con-stabulary, was stationed. He earned a B.A. in English and Latin from University College Dublin and studied singing at the Royal Irish Academy of Music. He worked briefly in the Irish civil service before embarking on a brilliant academic career in the fields of Irish, English, and American literature. Initially a lecturer at University College Dublin, he held the Chair of English and American Literature there from 1966-1979. He also had a senior lectureship at the University of Cambridge from 1965-1966 and was the first director of the W. B. Yeats Summer School in 1967. In 1979 he was appointed to the Henry James Chair of English and American Letters at New York University, a post which he held until his retirement in 2013. Gifted with a formidable intellect, legendary teaching skills and (at 6'7'') a commanding physical presence, Denis was a literary critic of extraordinary range and lasting influence. A prolific author and reviewer, he published at least thirty books on English, Irish, and American literature and theory as well as countless articles and essays (many in the New York Review of Books). He was a leading authority on W.B. Yeats, T. S. Eliot, and modernists on both sides of the pond. In presenting Denis with the Award for Humanistic Studies, the American Academy of Arts and Letters writes: "From the Irish town of Warrenpoint to the city of New York, your life and work span an ocean and bring together the very best of a shared tradition. Critic, essayist, memoirist, teacher - you capture the music of the English language. You 'hear it,' as Yeats wrote, in the deep heart's core." Denis's prodigious intellectual energy remained undimmed to the very end as he completed a final draft of a book on the late novels of Henry James, which will be made ready to send off to his longtime agent, Georges Borchardt, by Melissa -- intellectual colleague, best friend, HJ aficionado, as well as adored wife. He was first married in 1951 to Frances Rutledge, with whom he had eight children: David, Helen, Hugh, Celia, Mark, Barbara, Stella, and Emma. His partner later in life was Melissa Malouf, a writer of fiction and professor at Duke University, whom he married in 2018. He will be sorely missed by Melissa, his children, eleven grandchildren and two great-grand- children, and all who knew him. A witty and thoughtful conversationalist, Denis was the best of company as well as a generous husband and father. If you would like to leave a condolence message, visit: www.rip.ie
To plant trees in memory, please visit our Sympathy Store.
Published by New York Times on Apr. 9, 2021.
MEMORIAL EVENTS
No memorial events are currently scheduled.
To offer your sympathy during this difficult time, you can now have memorial trees planted in a National Forest in memory of your loved one.
MEMORIES & CONDOLENCES
5 Entries
He was an inspiration when I sat at his lectures in University College Dublin in 1968-70. He was proud of his humble Killarney origins. May he rest in glory
brendan carmody
Student
April 28, 2021
As an undergraduate at UCD I remember him as a formidable and somewhat intimidating lecturer, and although I did not follow the path of literary criticism his high ideals of scholarship gave me a model to aspire to. He was “the real thing”—nothing intellectually phony about him. And I knew from talking to his friends that he had a very warm and human side to him.


intimidating
Patrick P ONeill
Student
April 20, 2021
I read every thing he wrote about Yeats when I was a graduate student at Fordham University in NY in the 70's. Ironically, I ordered his book, Warrenpoint, for my wife 2 weeks ago. It arrived two days ago. Sad, but still a memory of one of the great ones.
April 11, 2021
An inspirational teacher and a fountain of knowledge on W. B. Years. Honoured to be a student of hid in U. C. D in the mid 1970s
Ar dheis Dé a anam dilís.
Mary Bonner- Galbraith
Student
April 10, 2021
I was privileged to have been a student of his in the late '70s, diligently attending his English Lit lectures in University College Dublin. I was utterly enraptured by his erudition and brilliant critical mind. He pushed me on the creative writing road. Some years later I found myself seated next to him at a David Mamet play in Dublin's Abbey Theatre. During the intermission I remarked: "Professor, this makes a change from all those Jacobean revenge tragedies!". The world has lost a great scholar and an inspirational teacher. R.I.P.
John O'Byrne
Student
April 10, 2021
Showing 1 - 5 of 5 results