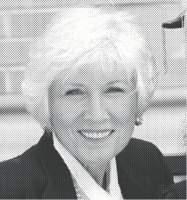 KING--Diana. Diana King, an outstanding philanthropist recognized for her commitment to educational opportunities in television, film and other media, died on Saturday, January 5, 2019 at age 69. A New Jersey native and lifelong resident, she was a daughter of the late Charles and Lucille King. Charles King founded King World Productions in 1964, which became the leading distributor of television syndicated programming in the country, including such iconic series as Little Rascals, Wheel of Fortune, Jeopardy!, The Oprah Winfrey Show, Inside Edition and Dr. Phil. Diana began working in the accounting department of the family business in 1972, and at the time of King World's acquisition by the CBS Corporation in 2000 served as Executive Vice President, Corporate Secretary and Director. Diana established the Charles & Lucille King Family Foundation in 1988 to support individuals and organizations committed to educational excellence and professional development, in particular in film, television and other media. During her 30-year tenure as Board Chair and President, the Foundation awarded hundreds of scholarships to students with a focus in media studies at colleges and universities around the country, in many instances to individuals who would have been financially unable to continue their studies without the Foundation's assistance. In addition, the Foundation has acted as a longtime sponsor of programs at several leading cultural and educational institutions, including the annual student awards at the First Run Film Festival at New York University's Tisch School of the Arts (including the George A. Heinemann Film Production Award), the MFA Senior Post-Production Grants at USC and UCLA, the Michael Collyer Memorial Fellowship (a mentoring program in screenwriting administered with the Writers Guild of America-East and awarded each year to an undergraduate screenwriter in a nation-wide competition), Film Forum, Jr. (the non- profit cinema's weekend matinee program encouraging children to become moviegoers), and the Broadcast Education Association's Best of Festival King Awards. Her gift to Rowan University in 2002 established an endowed chair in the Department of Radio, Television & Film in the name of Charles & Lucille King. In the 1990s Diana established a theatrical company called Skylight Productions, which was responsible for producing numerous plays and was also the owner of the historic Circle In The Square Theatre in Greenwich Village. She also served on the boards of The Kips Bay Boys & Girls Club and the International Foundation of NATAS for many years, and was recognized for her philanthropic contributions with an honorary degree from Rowan University and as an honoree at the annual gala of NYU's Tisch School. She is survived by her loving partner, Mietek Janicki, her sister Karen, her brothers Robert (Lynn) and Richard (Lauren). She is also survived by 31 nieces, nephews and gran- nieces and nephews. She was preceded in death by her parents, Charles and Lucille, and her brothers, Roger and Michael King. Funeral services will be private. In lieu of flowers, donations in Diana's memory be made to the Charles & Lucille King Family Foundation or the ASPCA.

Published by New York Times from Jan. 9 to Jan. 13, 2019.
To plant trees in memory, please visit the Sympathy Store.
MEMORIAL EVENTS
To offer your sympathy during this difficult time, you can now have memorial trees planted in a National Forest in memory of your loved one.
MAKE A DONATION
MEMORIES & CONDOLENCES
Sponsored by The Charles & Lucille King Family Foundation.
15 Entries
we miss you.
Susan Catherine Collyer
January 4, 2021
Will never forget this special lady
Sue Richards
Friend
January 3, 2021
I will miss you scooter a/k Diana you were a true and kind friend love sue uk
March 20, 2019
My dear dear friend. You are so very missed my so many people. You will always be near my heart. I love you ❤
March 20, 2019
Dear Miatek,

Fred
Fred Mermelstein
February 23, 2019
Rest in peace my friend. Love and miss you
Maxine Merson
January 24, 2019
May the God of all comfort sustain your family during the days ahead Psalms 119:76
January 16, 2019
May God provide comfort and solace to mourning family and friends as your beloved Diana R.I.P
January 16, 2019
Really nice lady, in every sense of the word.
London London
January 14, 2019
"What we have once enjoyed, we can never lose. All that we love deeply becomes part of us." ~ Helen Keller Diana, you will always be a part of us. xo Mary
January 12, 2019
May mercy and peace and love be increased to you during this sad and difficult time. Jude 2.
Annie
January 9, 2019
I am deeply sorry for your loss. Please find peace in knowing that God understand your grief and he cares for you. 1 Peter 5:6,7.
AC GA
January 9, 2019
Dearest Diana ~ Your heart is blessed. You helped my beloved Charlie pass through. Im certain he helped you cross over. You will forever be remembered, revered, and missed. You and Mietek gave me strength... when I had none. I am humbly grateful...Laura
January 9, 2019
Dearest Diana- whatever will we do without you? We are devastated and there are no words that can express missing your kindness and generosity justice. Our love and gratitude flies with you~
Susan Collyer
January 9, 2019
When someone you love becomes a memory, the memory becomes a treasure. May the wonderful treasures fill your hearts with love and bring you joy. 2 Thessalonians 2:16,17. Cherish the treasured memories shared as you celebrate a beautiful life that will forever be adored & cherished.
G.
January 9, 2019
Showing 1 - 15 of 15 results