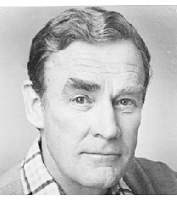 SYMINGTON--Donald L., Actor/playwright, 88, died July 24, 2013 in Towson, MD. A featured player on Broadway, Off-Broadway, in regional theater, TV and film, known for his role as Annie's father in Woody Allen's "Annie Hall," he was also a New Dramatists alumni playwright. He graduated from Gilman School in Baltimore and attended Princeton. A member of the Century Association, he was a long time resident of New York City, as well as Brewster, NY and more recently Baltimore, MD. Survived by his wife of 58 years Leslie Paul Symington, daughters Leith, Betty, and Margaret Symington, and five grandchildren. Contributions in his memory may be made to the Baltimore School for the Arts Foundation, 712 Cathedral Street, Baltimore, MD 21201.

Published by New York Times on Sep. 22, 2013.
To plant trees in memory, please visit the Sympathy Store.
MEMORIAL EVENTS
To offer your sympathy during this difficult time, you can now have memorial trees planted in a National Forest in memory of your loved one.
MAKE A DONATION
MEMORIES & CONDOLENCES
0 Entries
Be the first to post a memory or condolences.