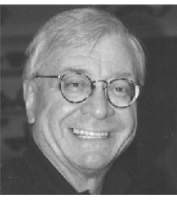 TAFFNER--Donald L. An iconic independent distributor and producer of television programming and live theater attractions, passed peacefully on Tuesday, September 6, 2011 after a brief stay in Lenox Hill Hospital, Manhattan. Among his many achievements, he and his wife-business partner, Eleanor Bolta, were responsible for bringing such television shows to the American public as, "Three's Company", "Too Close For Comfort" and "The Benny Hill Show." She passed away a year ago. The quintessential American success story, Taffner grew up above his family's candy store in Brooklyn where his education in business began. Preparing the day's newspapers with his father, running telephone messages to persons throughout the neighborhood and just being "in the store" taught Don about getting along with and being able to talk to people...it gave him a unique set of social skills and a pronounced business attitude which held fast throughout his life. A proud graduate of St. John's College (now known as University), Don took a job in the mailroom of the William Morris Agency in 1952 and by the time he left the well-known agency in 1959, he had been an agent there for four years. In 1959 he built his expertise in television distribution by helping to begin the Television Distribution Program Department at Paramount. The Taffners were married in 1961 and in 1963 they launched D.L. Taffner Ltd, their own business. The company started out as a worldwide distributor of TV programs and later, as DLT Entertainment Ltd., expanded to TV and stage production. In 1986, Don Taffner's considerable significant contributions to the development of the industry were recognized by the International Council of the National Academy of Television Arts and Sciences, which presented him with an Emmy for its prestigious Founders Award "for setting new levels of creativity in the worldwide exchange of television programs". As a result of his work in television, specifically British television, Don Taffner was awarded an OBE in 2002. As an offshoot of his television business, Don became involved with the prestigious Theatre of Comedy in the UK and the company continues to own and manage the Shaftesbury Theatre on the West End. Champions of St. John's University, in 2005, Donald and Eleanor Taffner were given Johnny's Angels Awards by St. John's Bread and Life, an organization that is devoted to getting food to those who need it in Brooklyn and in Queens. In 2007, the Taffners were presented with the Spirit of Service Award for their continuing contribution to the school. Having developed a great passion for Charles Rennie Mackintosh and the Glasgow School, Don and Eleanor Taffner were presented with a Wallace award at the 'Icons of Scotland Dinner' hosted by Scotland Magazine in 2005, and were the first individuals with no hereditary connection to Scotland to ever receive the award. Donald is survived by his daughter, Karen Butler and her husband Ronald Butler, his son, Donald L. Taffner Jr. and Rhonda Cantor and three grandchildren, John, Henry and Tom Butler. A funeral service will be held on Saturday, September 10, 2011 at 10:30am at the Greenwich Village Funeral Home, 199 Bleecker Street followed by a luncheon at Villa Mosconi, 69 MacDougal Street. A Memorial Mass will be held on Saturday, September 17, 2011 at 10:30am on the St. Johns University Queens Campus conducted by Father Donald J Harrington at St. Thomas More Church. The Mass will be followed by a tribute at the Taffner Field House and luncheon. In lieu of flowers the family wishes that any and all contributions be made to St. John's Bread for Life www.breadandlife.org

Published by New York Times on Sep. 10, 2011.
To plant trees in memory, please visit the Sympathy Store.
MEMORIAL EVENTS
To offer your sympathy during this difficult time, you can now have memorial trees planted in a National Forest in memory of your loved one.
MAKE A DONATION
MEMORIES & CONDOLENCES
3 Entries
Such a fine hunanitarian. He and Eleanor serve as examples of how to live one's life for all of us. They are deeply missed, but their legacy is immense.
Rob Snyder
September 10, 2011
My deepest condolences to the family. Don was of small physical stature but was a giant in the business and was an inspirational part of my professional maturation.
With heartfelt sympathy,
Todd Leavitt
September 10, 2011
Sending many thoughts, prayers and love to yall. Keep strong. Love, Sissy
Aletha Dillon
September 10, 2011
Showing 1 - 3 of 3 results