Dr. Donald M. Zarou passed away at NYU Lutheran Medical Center on May 20, 2017. Born and raised in Brooklyn, New York, he was a graduate of Poly Prep Country Day School, where later he served as Chairman of the Board of the Trustees. He earned his Bachelor of Science Degree from the University of Vermont and later graduated from SUNY Downstate Medical School with the Doctor of Medicine Degree. He interned at Methodist Hospital of Brooklyn. He was honored to attend his first year of residency at SUNY DMC under Dr. Louis Hellman, and returned to Methodist Hospital to complete his OB/GYN residency. His commitment to provide quality health care to generations of women throughout Brooklyn spanned more than four decades, both in private practice at Zarou OB/GYN Associates in Bay Ridge as well as at the following hospitals in the capacity of Department Chair of OB/GYN: Victory Memorial Hospital, Lutheran Medical Center (where he was also the Director of Medical Education), and Methodist Hospital. He was the Associate Chair of the Department of Obstetrics and Gynecology at the Brooklyn Hospital Center. He served as the President of the Medical Club of Brooklyn, the Brooklyn Gynecological Society and the Medical Society of Bay Ridge. During the course of his medical career he published nearly thirty articles. Dr. Zarou was an elder in the Presbyterian Church USA, a lifetime member and elder of Union Church of Bay Ridge as well as an elder member of the Presbyterian Association of Chautauqua. He was an avid reader and lover of history. His other passions included teaching, music, the Brooklyn Dodgers and the New York Rangers. Above all, his favorite pastime was sailing, especially with friends on Chautauqua Lake in Western New York. He was a wellrespected man who will be missed by his family, friends, colleagues, students and patients. He is survived by his wife of sixty years, Andrea Stutz, his children, Donald A. (Cornelius, NC), David A. (Denver, CO), Heidi S. (Brooklyn, NY), and Andrew D. (Brooklyn, NY), his grandchildren, Salem, Skyler, Raeann and Ava Zarou, Madeline and Emmett Doty, Maxwell and Adam DesRochers, his sister, Gladys Z. Thomas (Sarasota, FL) and his niece and partner, Dr. Barbara A. Zarou (New Rochelle, NY). He was preceded in death by his brother and partner, Dr. George S. Zarou, and his sisters Gloria Zarou and Virginia Z. Miesmer. Visitation is on Monday, May 22, 2017 from 2-5 and 7-9pm at McLaughlin and Sons Funeral Home located at 97th Street and Third Ave., Brooklyn, NY 11209. In lieu of flowers, memorial contributions may be made in his name to the charity of your choice.

Published by New York Times on May 22, 2017.
To plant trees in memory, please visit the Sympathy Store.
MEMORIAL EVENTS
To offer your sympathy during this difficult time, you can now have memorial trees planted in a National Forest in memory of your loved one.
Funeral services provided by:
McLaughlin & Sons Funeral Home
MAKE A DONATION
Please consider a donation as requested by the family.
MEMORIES & CONDOLENCES
Sponsored by Donald Zarou.
15 Entries
Don was my athletic coach, and godfather to my elder son, Douglas. He assisted his brother, George, at Doug's birth in Methodist Hospital 55 years ago. Pat and I always looked upon him and Andrea as friends. Memory eternal! With love to Andrea and the family. Don Ballan
September 4, 2019
Missing you daily
May 16, 2019
To Pa, our, lovingly-devoted Father, Husband, Father-in-law, Grandfather, Brother, Teacher, Mentor, Doctor and Friend. We miss you and wish you were still with us. ♥
Grace Zarou
May 16, 2019
It was always such a pleasure sharing words and thoughts with both Don and Andrea in front of the Amp. Truly blessed with a beautiful family.
Debi Clementi
June 10, 2017 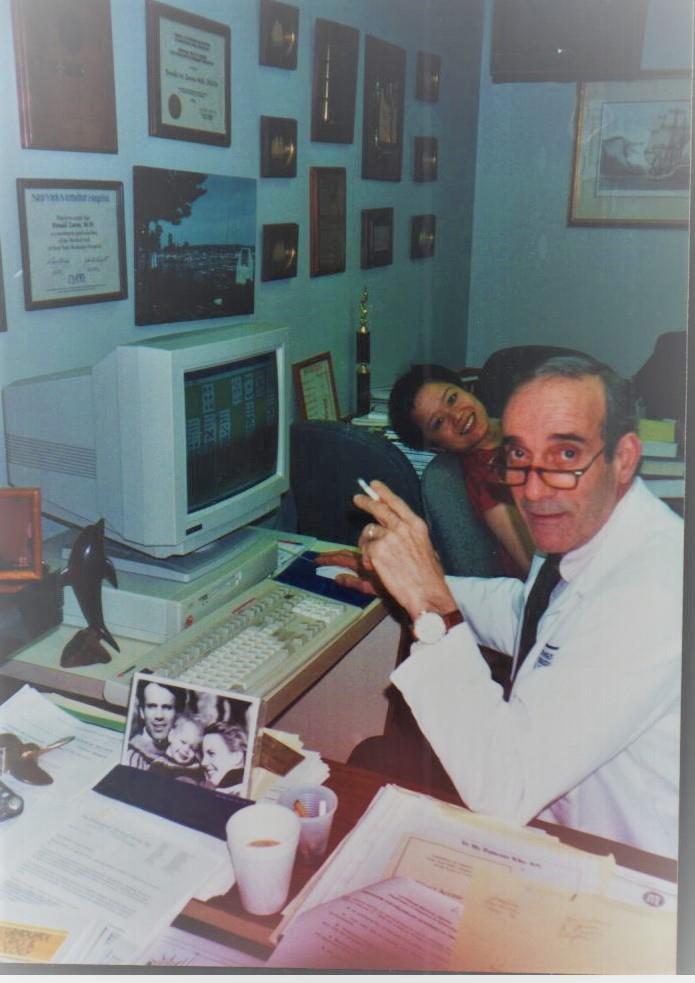 I owe Dr. Zarou my career...I didn't realize I would love obstetrics and gynecology and Brooklyn until I met him in May of 1989. He has been my teacher, mentor and friend for 28 years. He and his brother George Zarou shaped the lives and careers of too many to count. They are missed but live on in all of us.
Lisa Eng
May 29, 2017
Jack & Susan Alexander
May 25, 2017
Don was the consummate neighbor. He would hang out at the side door until someone came and would engage any and all who passed by.
He was the Lord Mayor of Foster, greeting all who passed by and inviting passersby to join him on the front porch. He exemplified the Chautauqua spirit of sharing.
Gene and JoAnn Buffo
May 25, 2017
I will miss you always Don
your Big sister Gladys
May 24, 2017
I miss you Don and always will your big sister Gladys
May 24, 2017
Perhaps they are not the stars, but rather openings in Heaven where the love of our lost ones pours through and shines down upon us to let us know they are happy. Author Unknown
Grace Zarou
May 24, 2017
Dr. Zarou was a wonderful man. He always accommodated me as a patient with fine bedside manners and comfort... that was true of everyone he treated during his many years at his Bay Ridge practice and at the hospital. My condolences to the Zarou family- our cousins,our friends. He will be missed. Sending love to all.
Nailah Bateh
May 23, 2017
The patriarch of a wonderful family will be missed by so many friends at CHQ!!
Nancy Beeson
May 22, 2017
Don Zarou was loved by all and will be greatly missed but never forgotten for the wonderful and caring human being and inspiring friend for life. Don had a standard of excellence in everything he did in life for others to follow.
Love,
George Banat Sr. & Family
George Banat Sr.
May 22, 2017
Gladys Thomas
May 22, 2017
Visits to Chautauqua can never be the same without Dr. Zarou there. He was always a delight to visit and talk to -- very charming, witty and knowledgeable. He exemplified every person's dream to work hard and be successful.
June Burlingame Smith
May 22, 2017
Showing 1 - 15 of 15 results