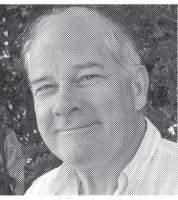 On far shores, as he often was, and among friends, as he always loved to be, Edward C. Marschner died March 12, 2018, aged 72, from acute pulmonary edema. Ed, or Bud to those who knew him from childhood, embraced the world as an international lawyer first with Cleary Gottlieb, later with Fox Horan & Camerini, and Carlton Fields. Along with his beloved wife of twenty years, Francine Harris, he had been in Thailand for two months before his sudden, untimely death near Phuket. As a fledgling lawyer, Ed represented Piano and Rogers during the building of the Centre Pompidou Museum in Paris. He remained devoted to projects involving art, architecture and international business. Ed's other mainstay was Yale University, particularly his great Class of '66 and Yale Law School. Ed's delight was his son Eli, and later, his step-daughter Genevieve. Motorcycles were his passion, as was travel. Summers were based in Dordogne, France and winters at his NYC loft in SoHo, with weekends in Dutchess County, NY. Ed made it a point of honor to celebrate the occasions of life with family as well as with friends even if it meant flying far and wide. Ed Marschner is survived by his wife, Francine Harris, his son, Eli Marschner and fiance Diana Lin, and his stepdaughter, Genevieve Zweig. He is also survived by one sister, Lyn Masbou, his sister Margo Tuxen having predeceased him, their husbands JP and Peter, and the many nieces, nephews and cousins all of whom Ed loved. Friends and family will gather in NYC, San Francisco, London and Paris for informal reminiscences. Ed's ashes will be scattered by his family according to his wishes. Should one wish to do so, contributions may be made to Planned Parenthood in Ed's honor.

To plant trees in memory, please visit our Sympathy Store.
Published by New York Times on Apr. 1, 2018.
MEMORIAL EVENTS
No memorial events are currently scheduled.
To offer your sympathy during this difficult time, you can now have memorial trees planted in a National Forest in memory of your loved one.
MEMORIES & CONDOLENCES
4 Entries
I delivered several messages on french and us phones and email this early summer.....no answer. I thought you were busy or travelling....for sure you were on a far way travel ..... You brought me a kind attention as I was left in matrimonial desaster ..I am still there ....I miss both your friendly regards and professional help ...Sorry for that late condoleance but I just have got the answer of your silence Ed, today at least....nov 9th2020...Jane Nutchey Dalric

Jane Nutchey
Significant Other
November 9, 2020
Edward, j'ai appris avec tristesse ton décès. Je garde de toi le souvenir d'un homme affable et aimable. Repos à ton âme. Mes condoléances à ta famille. Léopold Evariste BATHEM
LEOPOLD BATHEM
Friend
April 25, 2018
I will miss Ed, a collegue in Illy board. a gentleman and a friend
carlo bertozzi
April 4, 2018
I am very fortunate to have had Ed as my partner. He was many things but above all an officer and a gentleman. Will miss him.
Rafael Urquia
April 3, 2018