"Soprano Doria" was the crossword puzzle clue that Elena Doria kept framed in her kitchen. Opera diva, teacher, mentor, and philanthropist, Elena Doria died suddenly, but peacefully, at home on July 27th, 2016. Elena spent almost 50 years at the Metropolitan Opera, first as a member of the chorus and then as the Director of the Children's Chorus. Elena was born Elsie Marie Goldberg in Providence Rhode Island to Samuel Benedict Goldberg and Elsie Hamburger Goldberg. She quickly took the world by storm moving to Italy, where she sang leading roles and studied as a Fulbright Scholar. Upon return from Italy, she sang professionally throughout the America's and finally settled down in New York City when she joined the Met. Elena loved teaching and especially loved teaching children how to sing, how to conduct themselves professionally and how to act on stage. She was generous with both her time and supported many charities. Elena often spoke about the happiness that she was experiencing later in life. Upon retirement from the Met, Elena began to audit college courses at both Columbia University and John Jay College and devoted Saturdays to teaching the visually impaired at The Lighthouse Guild's Filomen M. D'Agostino Greenberg Music School. Elena's work with the children's chorus at the Metropolitan Opera garnered her features in The New York Times, The Wall Street Journal, Opera News, and as a feature on CBS's 60 Minutes. Elena is survived by her brother Philip Dorian, niece Joan Kopels, nephews Martin Gertsakov and Philip S. Dorian, grand niece Carolina Dorian, grand nephew Peter Samuel Dorian as well as a many loving friends, colleagues and students. Anyone interested in being notified of a future memorial should email [email protected] .com.

To plant trees in memory, please visit our Sympathy Store.
Published by New York Times on Jul. 30, 2016.
MEMORIAL EVENTS
No memorial events are currently scheduled.
To offer your sympathy during this difficult time, you can now have memorial trees planted in a National Forest in memory of your loved one.
MEMORIES & CONDOLENCES
Sponsored by Those that Love her dearly.
29 Entries
Sonia and I miss you. We still have the jewelry you gave us.
Thank you for your tireless work.
andrea
Friend
July 24, 2020
Elena was an inspirational and masterful teacher, but more importantly, she was a dear friend and a loving third grandmother. I hope I do her teaching and friendship justice in the coming years.
Francesco Magisano
August 26, 2016
Elena coached me through La Rondine, La Boheme, Don Giovanni and many more. She was fierce, but she was fun. A great musician, singer, coach and friend. God bless you, Elena - you have new choirs in heaven.

Elizabeth (Knighton) Printy
Elizabeth Printy
August 10, 2016
Dear Elena,
Rest in peace and glory.
I am flooded with memories: obviously the Met on stage and backstage, Carnegie Hall, Tanglewood, even Elena Doria cocktails. You gave our kids, my son, Scot, so much love, care, guidance, self-assurance, poise, and the joy of music.
Such an incredibly wonderful woman. We were so very fortunate to have you in our lives.
Thank you Elena. God bless you.
Love, Sandy Murray
sandy murray
August 9, 2016
Elena was my mother Dorothy (Geer) Hidler's very best friend growing up in Providence, and I had the privilege of getting to know Elena when my mother's health was declining and I had several wonderful phone conversations with Elena. In so many ways, she gave me a great insight into my mother's early life that I might not have had otherwise. To me, she will always be Elsie, the boon companion of my mother's youth and teenage years.

God bless
Susan Wilson
August 8, 2016
I wrote a Playbill story about Elena and the children's chorus in the late 1990s. Elena was wonderful, welcoming me to rehearsals and backstage during a performance. Even to a former chorister's voice lesson. She was great with the kids. To understand and be able to write about her technique, I even asked her for a voice lesson, and it turned into a series of them, where we worked on Guys and Dolls and The Magic Flute. Elena was one of a kind, fun and funny, talented and will be hugely missed.
David Pratt
August 8, 2016 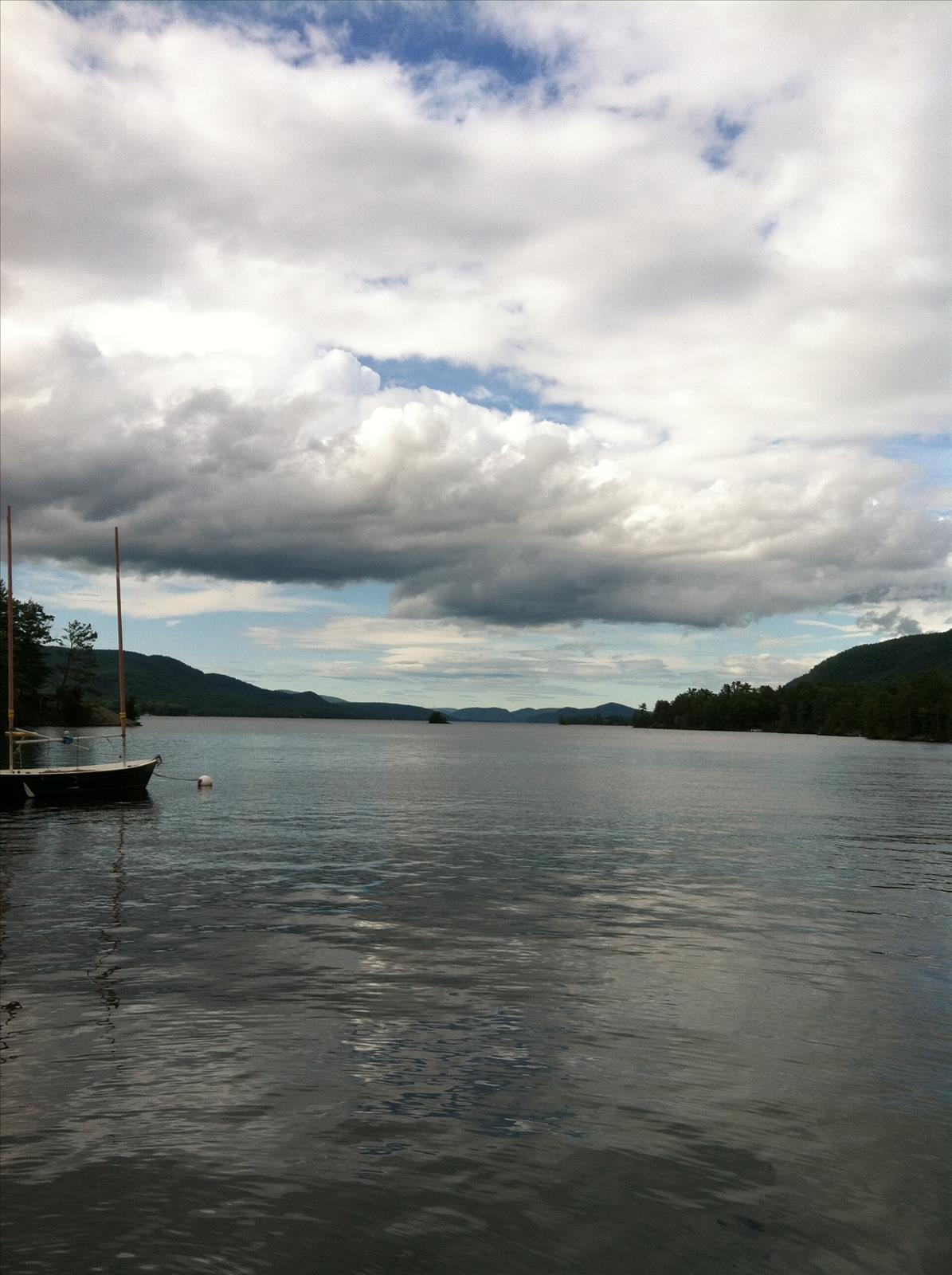 My fondest memory was Elena on Lake Bomoseen in all her splendor singing "Harvest Moon" on the top of her lungs on a beautiful sunset evening overlooking the lake with my parents. Being only 16 years old I stared in amazement at grace. This beautiful memory came back to me on my last visit to Vermont. Thank you Elena for making appreciate the moon over Vermont.
August 5, 2016
My son (now age 23) was in the Met Chorus under Elena's tutelage when he was a boy. What a spectacular woman Elena was! She was strict and demanded nothing other than utterperfection from her little charges .... and she got it. She was amazing and the results of her work unbelievable. And her love of the children was palpable. She adored them!

Even though I myself was not in her chorus, I have to thank Elena for the love of opera that I acquired as a result of going to see my son on stage at the Met over and over again. I will always remember Elena!
Diana Downing
August 4, 2016
Dear Elena. Colorful character, great teacher, open heart. She taught my daughter and the other children what it meant to show up, do the work, give all you've got to the performance. What she instilled in her kids goes far beyond the legendary stage of the Met. Those were life lessons the young singers who adored her will never forget. Peace, Elena, but not some decorous quiet peace. May this latest adventure be as grand and fortissimo as your impact on all who knew you. Brava!
Maerwydd McFarland
August 4, 2016
So sad...very sorry to hear of this. I remember meeting her when I worked at the Met- she was always gracious and classy. She held herself in a way you don't see in today's world... definitely a throwback to a by gone era. From the message from a former child chorister, it sounds like her legacy will last for generations in one form or another.
Eric Lichtwar
August 2, 2016
She was a force of nature and never stopped caring and loving the art she worked in and tried to instill in the young lives she loved to be with. She not only taught them the love of the art of singing, but how to be responsible and dedicated human beings. I cherish every single moment I had the joy and honor to spend with her. Bless you my loving, funny, strong, giving, loyal and fun loving lady. I will so miss and always cherish our time together.
Bob Diamond
August 1, 2016 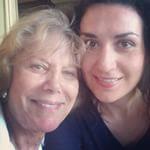 Thank you for those wonderful Sunday afternoons filled with laughter, stories, wine and snacks. You opened your heart to me and I will forever be thankful for that. Buon viaggio, bellissima!
Jessica S.
August 1, 2016
Elena brought something special to our music school. We will miss her dedication, devotion, and her good humor.
Dalia Sakas
August 1, 2016
Elena was definitely one of the most vivid characters whom I have ever encountered, as well as being a passionately committed musician and an intrepid leader and teacher. May she Rest in Peace and Rise in Glory!
Raymond Hughes
July 31, 2016
I was so saddened to hear of Elena's passing. She was a wonderful teacher and mentor for my son while he was in the Met Children's Chorus, and then afterward when Elena was involved with the Martino Arroyo Foundation. She will be sorely missed.
Michael Cudney
July 31, 2016
Elena, we will all miss you. RIP
Roger Crouthamel
July 31, 2016
What a profound legacy you have left in all of the many lives you have touched!!
wendy white
July 31, 2016
Your friendship will reside in me until I take my last breath.
Robyn Flipse
July 31, 2016
Elena, you have been one of the biggest, most positive influences on my daughter Zoe's life and one of our most wonderful friends. We love you and will miss you and your wonderful zesty humor sooo much! Many, many hugs!
Annie Troy
July 31, 2016
My dearest Elena, I will never forget the incredible impact you have had on my life. You demanded the best. I remember being a child in 'The Met Opera Children's Chorus and I fondly remember you meeting me at the stage door of The Met again when I came back as a soloist. You were a perfectionist and trained those of us in your charge to be professionals. Thank you for all you passed on to us. May you rest in peace.
Monica Yunus
July 30, 2016
May the light of you voice shine on
Andrea Difiore
July 30, 2016
Thank you for being there for us. My daughter Sonia and I would visit her for private lessons in her west side apartment.
We'll miss you !
Andrea Difiore
July 30, 2016
Elena Doria,
What a force. Lived life 'fully' and with seemingly no regrets.
Spirited, talented teacher/artist. Always had a smile for all , even behind her eyes. RIP Elena
Sara Wiedt
July 30, 2016
Elena,

Because of your teachings, guidance, and no funny buisness attitude I have a career. You instilled in me how to be a professional from the age of 9 and to never accept anything less than perfection. You saw something in me and pushed me forward, and now at the age of 25 I still hear your voice in my head telling me to stand up straight every time I sing. I can never fully put into words how you shaped my life, and I will forever hold you in my heart. Now you can teach the Angels to sing. 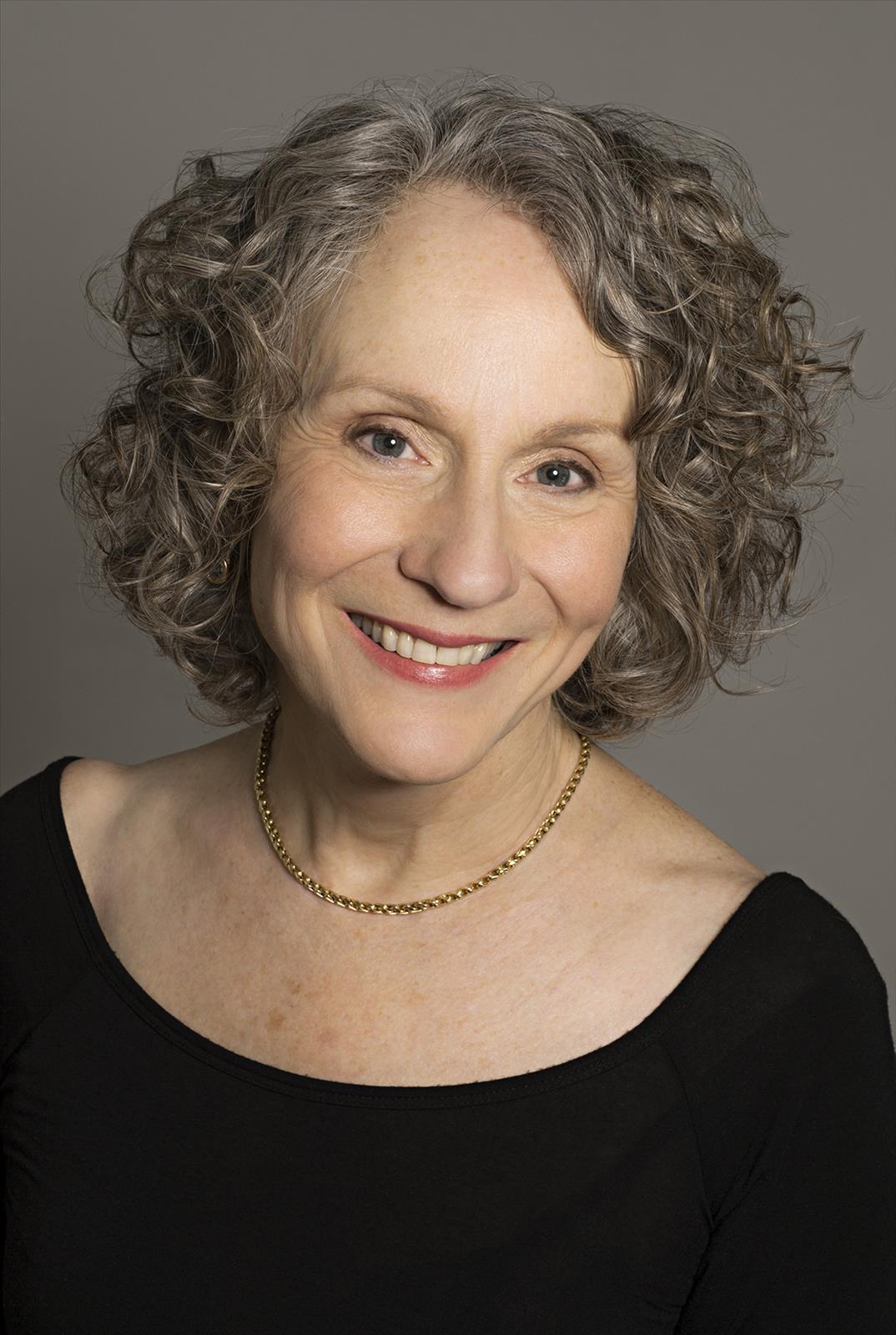 My memories of Elena center around our mutual friends Marty and Kent. At Christmas and Thanksgiving parties we would always gather around the piano. Elena would whisk me off to one of the back rooms for a voice lesson! Always fun, always loving. So sorry she's left us.
Rosalind Gnatt
July 30, 2016
Rest In Peace dear Elena.
Melissa Lane
July 30, 2016
Elena added a special light and vitality to any gathering, from the deck in Vermont to singing around the piano in New Jersey. Her life and spirit will always be remembered.
Petrice DiVanno
July 30, 2016
Hello,
My name is Randy Letzler, and Elena played a major role in my Daughter's life. Tori was a member of the Met Children's Chorus from age 10 - 13 at which time Elena taught her not only singing but how to be a True Professional. I won't lie to you, it wasn't always pretty, there was some yelling and lots of tears but Ms. Doria would not accept anything less than perfection and the kids that were serious about what they were doing Loved and Respected her for that!!!
I am proud to say that due in a Large Part to Elena and her mentoring, my daughter now has a incredible work ethic and at age 24 has a very successful career as a Vocalist and Composer for Film & TV. Elena, you had a Tough Shell but a Cream Filling and all your hard work will live on in those lives you touched. You will be missed. RIP
Randy Letzler
July 30, 2016
I was in the Met Children's Chorus from 1988-1992. Elena could be a formidable figure to a bunch of 8-year-olds, but her devotion to the Met, and to getting the best sound out of us for the Met's sake, was undeniable. What I will always remember was her high standards. I think society has in many areas lost an appreciation for hard work, high standards, and high quality. Elena embodied that. One of her legacies will be that many of her former students will continue to strive for high standards in their lives and professions. For that, we owe her a great debt of gratitude.
Stefan Hogan
July 30, 2016
Showing 1 - 29 of 29 results