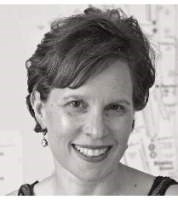 BERGER--Elizabeth, Elizabeth Berger was a great civic leader and champion of Lower Manhattan. As the President of the Alliance for Downtown New York and President of the Downtown-Lower Manhattan Association she helped shape the reimagining and rebuilding of Lower Manhattan after the 9/11 attacks and recently led an effort to assist Lower Manhattan businesses and residents recover from the effects of Superstorm Sandy. She died on August 5th at Bellevue Hospital Center. She turned 53 this past Saturday. Under Ms. Berger's leadership, the Alliance and the Downtown-Lower Manhattan Association successfully advocated for full funding and timely completion of the Fulton Street Transit Center, the reconstruction of Fiterman Hall and the enactment of post-9/11 commercial leasing incentives. Rather than focus on the district as the location of a terrible tragedy, Ms. Berger, renowned for her indefatigable energy and exacting intellect, was driven by a vision of Lower Manhattan as a place teeming with vitality and potential and a proving ground for municipal innovation. "Liz Berger's passion, sophistication and drive shaped Lower Manhattan as surely as any skyscraper or bulldozer," said Robert R. Douglass the Chairman of the Alliance for Downtown New York and the Downtown-Lower Manhattan Association. "Her strength as an advocate and strategist was only exceeded by her loyalty as a friend and her dedication as a mother and wife. She will be sorely missed." Elizabeth Harrie Berger was born on August 3, 1960 in New York City. Ms. Berger had decades of experience in government, community affairs and strategic planning. Prior to her time with the Alliance she established and built government relations practices at the law firms Lord Day & Lord Barrett Smith and LeBoeuf, Lamb Greene & MacRae and the Law Offices of Claudia Wagner. Ms. Berger is also credited with creating the Department of Government and External Affairs at Lincoln Center. She served as an Assistant Mayoral Representative to the New York City Council during the Koch administration. A graduate of Yale College where she created her own major, The Study of the City, Ms. Berger was also involved with a variety of civic organizations in New York City beyond her professional obligations. She was at various times a board director of The Municipal Art Society, Film Forum, Second Stage Theatre, American Museum of Natural History Planetarium Authority and the New York Building Congress. She was also a mayoral appointee to the board of the Trust for Governors Island. In a statement Mayor Michael Bloomberg said of Ms. Berger "Liz Berger loved our City with passion and gave her great intelligence and inventiveness to New York without reserve. She was more than an advocate for Lower Manhattan, she was a partner in building its future. As new transit hubs, skyscrapers, full access to our waterfront and a fresh vitality emerge downtown, Liz's influences are everywhere to be seen. We shared a vision of Lower Manhattan as a model 21st century business and residential district, and thanks to her tireless work, it's being realized before our eyes. The City mourns the loss of a great civic leader." She is survived by her husband Frederick Kaufman, daughter Phoebe, son Julian, her mother Anita, and brother Gideon. The family will hold a private gathering for immediate family and close friends and a public memorial will be planned for the early fall. In lieu of flowers, donations may be made in Liz's memory to Film Forum or the Bowery Residents' Committee. For more information contact [email protected]

Published by New York Times on Aug. 7, 2013.
To plant trees in memory, please visit our Sympathy Store.
MEMORIAL EVENTS
To offer your sympathy during this difficult time, you can now have memorial trees planted in a National Forest in memory of your loved one.
MAKE A DONATION
MEMORIES & CONDOLENCES
12 Entries
Lizzie Berger was my freshman college roommate. She was a composite of energy, creativity, fearlessness and originality. She livesbin all of us.
Shelia E. Davis
School
August 2, 2021
Phoebe, I was so saddened to read of your mother's death. I hadn't made the connection until I read the article in the nytimes today. You were in my class in the library at 234 and I remember you always listening to the books I read aloud, with your beautiful wide eyes, so earnest and engaged, appreciating the deeper meaning of each book I chose.. Do you remember when I read the book, Because of Winn Dixie by Kate di Camillo to your second grade class? I think your teacher was Laura Siskind, but I'm not sure. Maybe Karen Dobkin? I will never forget your response to a discussion we had with the class when we finished the book. A few years later I met your mother at an event at the New York Public library. She recognized me and came over to introduce herself and to tell me how much you loved the library classes. She spoke of you with so much love and warmth and I know she was so proud of you. Losing her was way too soon, and my heart breaks for you and your family. I know you will cherish the years you had with her, and that your memories of the exceptional person and loving mother she was will be your legacy forever.
Be strong, stay sensitive and loving, and I know you will grow into the special young women that your mother knew you would be. My deepest sympathy to you and your family, Sheila Browning
Sheila Browning
August 15, 2013
She was always so much fun to be with! I remember the day I met her, and how she very quickly became important to Repertorio and to me.
Robert Federico
August 14, 2013
We miss her terribly.
Mike and Sandy Berger
August 13, 2013
I was so saddened to hearing of her passing. Liz helped me survive high school showing me how kindness and individuality and courage could be combined together successfully. She was a fantastic human being.

Lars Thorson, Fresno, CA
August 9, 2013
I was very sorry to hear about Liz. She was a camper at Lincoln Farm camp in the summer of 1975 (I think it was) when I was a counselor. (Although I was a boys' counselor, I got to know her and a few other girls.) I remember her as extremely intelligent, sophisticated, articulate, ironic, and very spirited. My guess is that she remained that way as an adult. I'm very sorry for your loss.
Roger Greene
August 9, 2013
To Fred and family, Gabriel and Family,
So many memories flooded my psyche...When I think back to having Lizzie as a freshman year roomate to seeing her and preening with her at Yale Reunion 2012....I smile..and smile some more...mostly because in the montage of memories in my mind's eye...Liaaie is always smiling too..
Shelia Davis
August 8, 2013
Fred and Family,

I was deeply saddened to learn of Liz's death. Liz was one of the great "lights" of the Yale Class of 1982. I met Liz farely early in college, and I was always impressed with her energy, her boundless enthusiasm, and her zest for life. I think she attended every reunion, and it was always fun to catch up with her and learn about the interesting, fulfilling life that she led. I will always remember her great generosity of spirit. Liz will be very much missed and will always carry a place in our hearts.

Fred, you and your family are in my thoughts and prayers.

Peter Tracey
BK '82
Peter Tracey
August 8, 2013
Fred, may you and your children, Phoebe and Julian, as well as Anita and Gideon, find peace from the memories of Liz shared, and comfort you all during this time. 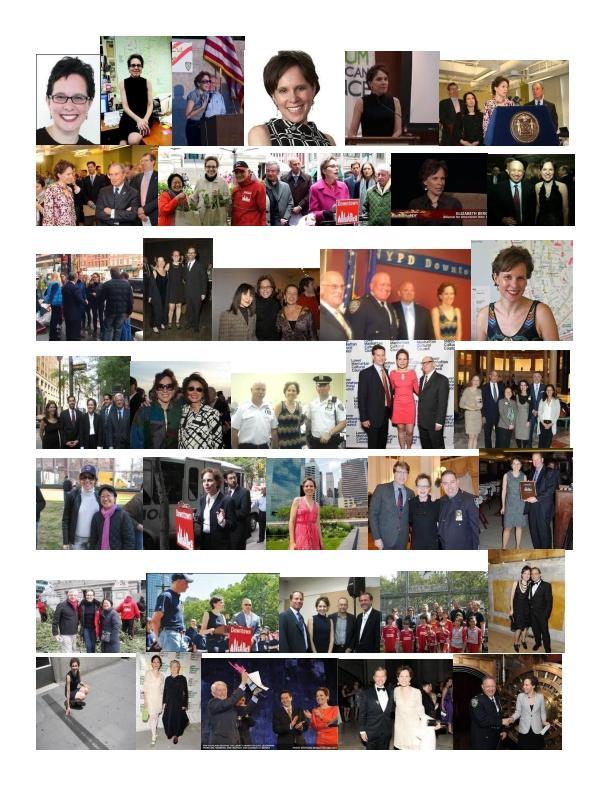 Tom Cohn
August 7, 2013
Sending so many loving thoughts to the family. Liz will remain in our spirits always. With love, Lisa Frigand
August 7, 2013
With fond condolences to Fred, Julian and Phoebe. Lizzie will be missed.
Toby Richard
August 7, 2013
Showing 1 - 12 of 12 results