Ernest Glenn McClain
1918 - 2014
Ernest Glenn McClain died peacefully of natural causes at his home in Washington, D.C. on April 25, 2014. Born in Massillon, Ohio on August 6, 1918, he attended Oberlin Conservatory of Music and Northwestern University and received his doctorate at Teacher’s College in New York. He served in the South Pacific for four years during World War II. Ernest directed the bands at Dennison University and the University of Hawaii, and performed frequently as a clarinetist in Hawaii and New York. He was a professor emeritus of Brooklyn College, and retired to an idyllic 20 years in Vermont, where, with his wife Augusta, he hosted scores of visitors and hammed it up in local community theater.

His enthusiasm for travel and adventure is exemplified by a family trip of 67 days in 1962. They camped 45 nights at most of the major national parks west of the Mississippi. A decision to hike the Grand Canyon was made spontaneously and accomplished with only water, sandwiches and sleeping bags.

Ernest’s passion for music came from his father, a self-taught violinist. As early as junior high Ernest directed bands, and as a teacher he was intense and funny.

His intellectual transformation was galvanized by the music faculty at Brooklyn College, in particular musicologist Siegmund Levarie and the extraordinary pianist and composer Ernst Levy. These two men taught him von Thimus' Pythagoreanism; this became his key to unlocking Plato's mathematical/musical riddles. In his books, The Pythagorean Plato: Prelude to the Song Itself; The Myth of Invariance: The Origins of the Gods, Mathematics and Music from the Rg Veda to Plato; and Meditations Through the Quran: Tonal Images in an Oral Culture, Ernest explored the idea that ancient tales and myths preserved and conveyed real numerical information about musical tuning; these were published during a decade of further collaboration with the philosopher Antonio de Nicolas. Years of collaboration with Platonist John Bremer followed. Ernest’s discovery of identical or similar numbers and parallel mathematical constructs in much of the ancient Mediterranean Basin fed growing speculation about the historical continuity of a common spiritual tradition linking the microcosm of man's inner world to the macrocosm of his outer world. He hypothesized prime number harmonics as the key driver and shaper of historical mythology. Ernest contributed avidly to exhilarating discussions with scholars around the world, in particular with Duane Christensen, Richard Dumbrill, and others in the online discussion group BIBAL, until his last day. His website is http://ernestmcclain.net/.

He was pre-deceased by his first wife, Mignon Henley McClain, and his second wife, Augusta Davis McClain. Survivors include his three children: Ron (and Holly) McClain of Takoma Park, Maryland; John McClain (and Clarisse Shechter) of Bristol, Vermont; and Pamela McClain of Richmond, Virginia; five grandchildren and two great-granddaughters.

After a half century of studying the brilliance of the ancients he still woke up, to his last day, believing his greatest discovery might come that day. To Ernest, life was a glorious adventure which he shared with generosity and exuberance.
Published by New York Times from May 5 to May 6, 2014.
To plant trees in memory, please visit the Sympathy Store.
MEMORIAL EVENTS
To offer your sympathy during this difficult time, you can now have memorial trees planted in a National Forest in memory of your loved one.
MAKE A DONATION
MEMORIES & CONDOLENCES
25 Entries
Yet another Jahrzeit! I recorded these street musicians from the music school in Weimar, Germany, for Ernest back in May 2012. You can check it out here: https://youtu.be/fc-LuOoPybU
Babette Babich
Friend
April 29, 2021
Wondrous to talk with and learn from.
Tracy Strong
Friend
April 29, 2021
I met him only once but have learned from that meeting and his work a great deal -- and also about music.
Tracy Strong
Acquaintance
April 29, 2020
There is still not a day that goes by that I don't thank Ernest for sharing his insights and wisdom with me. His guidance changed the course of my life. I continue on a path that Ernest put me on some 45 years ago as his only college student in Pythagorean studies. I'm happy to interrupt work on my latest book to pay homage to this great man once again.
Howard Schatz
Student
April 29, 2019
I knew Ernest for the last few years of his life in Washington DC. I was completing my doctorate at the University of Maryland and I would visit with him at his apartment and discuss the many interests we shared. His health was gradually deteriorating but his mental faculties never faltered. His vision and his approach to knowledge were always completely unique. I will treasure the time I spent with him and fervently hope that there will be another generation of speculative musicologists to carry on his work.
Peter Westbrook
May 6, 2017 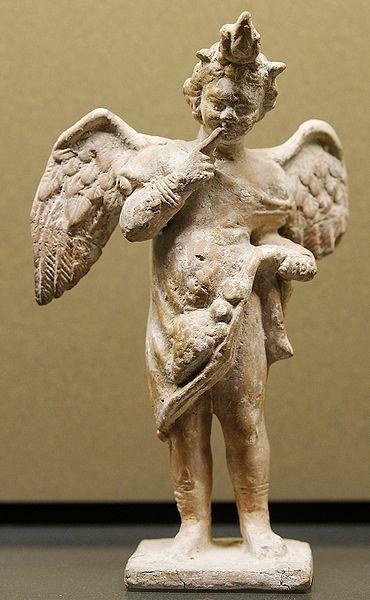 I just came across news of your passing and I am deeply saddened by it, though more than anything I am grateful for what you have managed to share with us all. Just a few weeks ago I was reading your book on the Qur'an and I felt this incredible sympathy with the humility and honesty that you approached Islam that it opened my eyes (and ears) to that which you had discovered. The same goes for Plato. Thank you.
Kristiaan Knoester
April 6, 2015
Mr McClain I will never forget you .you tough me a lot music,math,and how to play the piano,I miss you every day.You were one of the good human being God created rest in peace I know that you are in heaven.
Omo Bangura
January 1, 2015
Thank you for your inspring teachings.
Nico Bader, Pythagoras Foundation
Nico Bader
August 6, 2014
Dad -- a friend of yours wrote to you some years ago: May your cart continue croaking until it feels it is ready to stop riding Geo's carousel. Then, and only then, let a splendid carriage lift you to the place where Sly Fox, since many cycles, has been keeping a seat for you -- the seat that Augusta is polishing in anticipation of your arrival, so you can rest amidst the music of the spheres. For you understand so well the subtleties of their rhythms, the harmonious melodies, beats and counterpoints, it will bring you endless joy to sit there amongst the spheres. It will fill your soul to the rim. Soon you'll want to partake in these motions, round and round, and in no time you'll be waltzing the spheres with Augusta!...who is keeping an eye on Sappho, [who is] playing the harp for you just a little too nicely a little too long.
May 15, 2014
May perpetual light shine upon your beautiful soul and may your loved one's find comfort and peace in memories of your rich and full life.
David Sachs
May 13, 2014
I had the privelege of talking several times with ERnie and of reading his books. A wonderful man and brilliant scholar and a fine, fine musician.
May 8, 2014
I am deeply saddened by the passing of my friend and mentor. My studies with him spanned several years at Brooklyn College, and what he taught me gave my life meaning and direction. He was gracious enough to write the foreword to my first book. I loved him, and he will be sorely missed. His work will be a lasting legacy.
Howard Schatz
May 7, 2014
With thanks for the life and works of an inspiring and inspired scholar, with a warm, generous spirit and an incisive and creative intellect.
Gill Zukovskis
May 7, 2014
Ernest's work and friendship was a guiding star from the day I first met him.
Joscelyn Godwin
May 6, 2014
Goodbye, Ernest, and enjoy your journey into that pythagorean comma that brings one world to an end while bringing another world into existence. You were the archtype of the scholar until your last breath, and everyone in your orbit was a tone working with each other to harmonize with your search for the lost chord. Now our screens are blank and our ears are empty, but hopefully not for long. I hope the echoes of the past that you amplified for our hearing can find full articulation in the work of the colleagues that you've left behind. My sympathies to your family, and my blessings to the cosmos for having brought us together.
May 6, 2014
I could never have imagined how much joy of intellect, enthusiasm and support Ernest's friendship would bring when he reentered my life five years ago. So ends the cumulating pile of email missives. Ruht Wohl, dear friend.
Sarah Reichart
May 6, 2014
Mr. McClain:
You will be in my heart always.
Thank You for all your love.
Peace.
Susana Sandoval
May 5, 2014 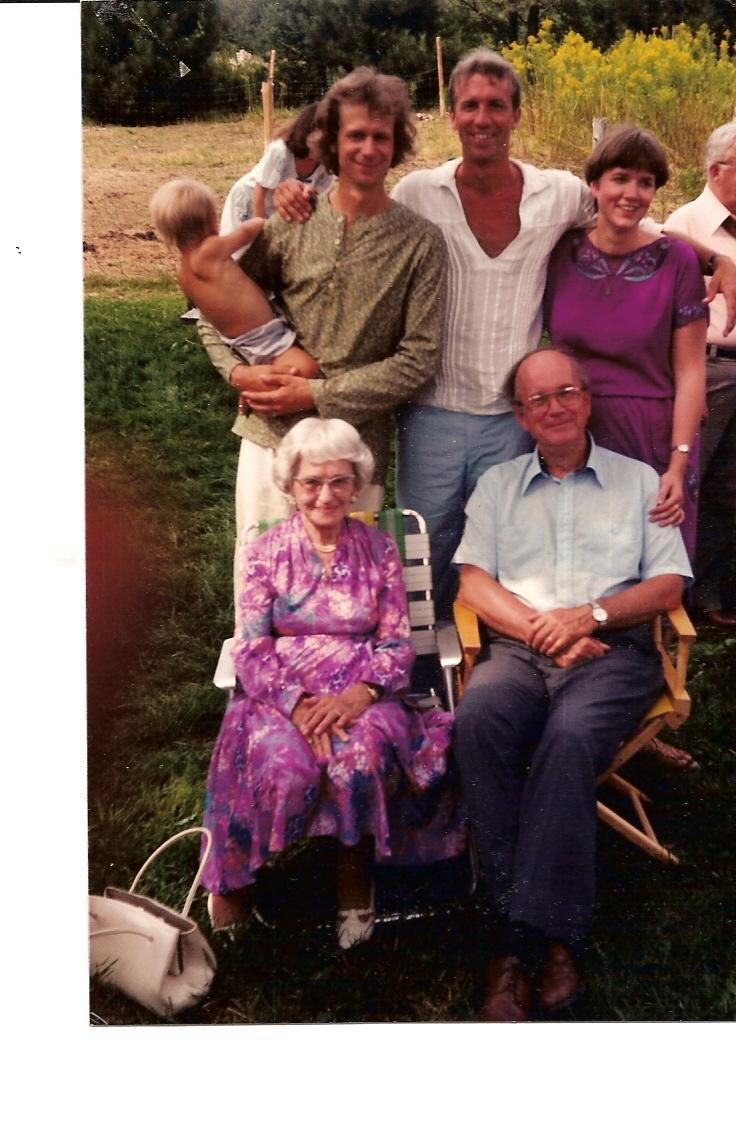 May 5, 2014
Ernest was my teacher and my friend for nearly 60 years. He embodied the idea of scholarship, to reclaim old knowledge from the presently-unknown, and to share it in all its fascination. Good-bye, Master.
Vivian Ramalingam
May 5, 2014
I miss reading your daily messages to BIBAL yahoo group.
Mayank
May 5, 2014
He taught me not just how one can read the ancients, but that one can also think like one of them, today. And why one would. I pray for any portion of his enthusiasm, his gumption, and his grace. Memory Eternal.
Bryan Carr
May 5, 2014
A marvelous enthusiast of ideas, Ernest McClain was unique. I enclose a link to some photos of Ernest with Patrick Heelan, whom he often mentioned, as a mathematical colleague in the pursuit of his ingenious passions for music, number, spirit.
Babette Babich
May 5, 2014 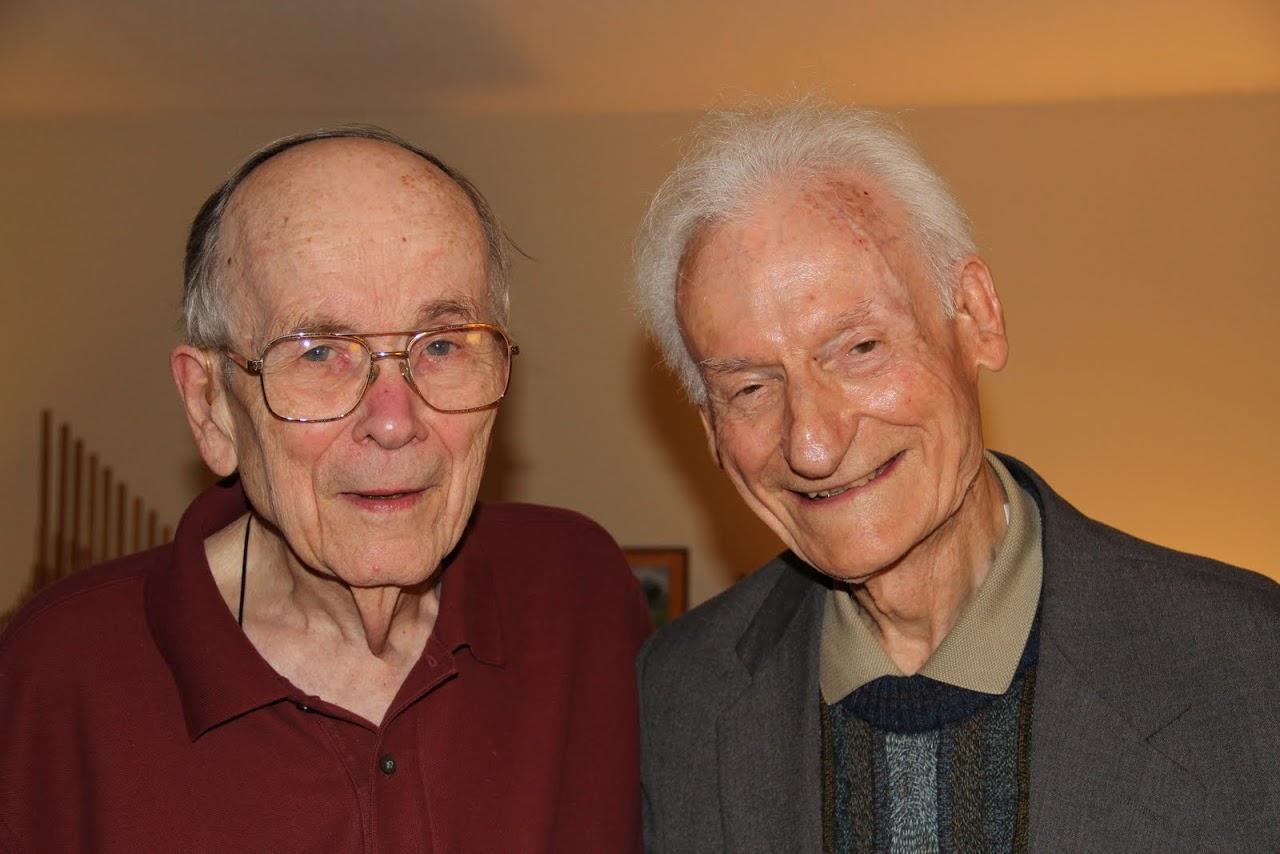 Babette Babich
May 5, 2014
I wake up every day missing you. We worked together for over 45 years.
Eternal love,
Antonio
May 5, 2014
Ernest was a passionate scholar. We exchanged hundreds of emails rebuilding the theory of music. I will miss him dearly.
Richard Dumbrill
May 5, 2014
Showing 1 - 25 of 25 results