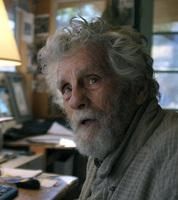 1924 - 2015
Our beloved father, American artist Gino Hollander, passed away peacefully on August 27, age 91, with his wife Barbi and family members at his side. He lived a passionate, fiercely individualistic, artistic life.
Eugene Forman Hollander, born in Newark, NJ, served in the 10th Mountain Division in WWII, twice wounded, and decorated for action in the Italian campaign. He recorded detailed interviews with the Library of Congress on these experiences.
After leaving the family fur business, A. Hollander & Sons, he moved to Greenwich Village and met and married Barbara Johnson. Barbi renamed him "Gino" and together they directed documentary and commercial films. Gino was a self-taught painter who developed a unique 'figurative abstract expressionist' style. The first of many Hollander Galleries opened on Bleecker Street in Greenwich Village in 1960, and a year later he moved his young family to Torremolinos on the Costa del Sol. Thus began his 30-year love affair with Spain.
Gino quickly became a bullfight aficionado and ran with the bulls in Pamplona many times. He learned Spanish horsemanship and attended the horse fairs of Sevilla and Malaga. In 1973, Gino and his children rode 1,200 kilometers across Spain to Pamplona. In 1970 tragedy struck when Gino's eldest son Marc died from an accident in Spain.
Gino built his dream house near Pizarra, inland from the crowded coast, and established a museum where visitors were encouraged to touch and share Spain's cultural heritage. The collection exhibited everything from prehistoric flints to antique Spanish furnishings alongside Gino's paintings. In recognition for his contribution and preservation of Spanish culture, Gino was awarded a Silver Medallion honoring King Juan Carlos' birthday. He later donated the collection to Pizarra where it remains on display.
Gino was an avid tennis player at Lew Hoad's Tennis Center in Fuengirola and enjoyed playing over many years with television journalist Morley Safer.
Gino and Barbi returned to the USA in the early nineties, settling in Aspen, CO. He continued his passion for adventure, making some 500 trips into the Rocky Mountain back country, frequently camping above 10,000 feet in all seasons.
In 2009, Gino moved to Ojai, CA, a place suited to his individualistic spirit and his love of the wilderness.
The doors of their animal-filled homes were always open. Gino often sketched whomever entered his field of vision, often giving the subject his work. He firmly believed art should be appreciated, not merely sold or collected, and contributed countless canvases to charities.
Gino Hollander was a prolific artist and, above all, a husband, father and grandfather who inspired a great many people to follow their own dreams with the same simple logic that he embodied throughout his long life of adventures ... go for it, and enjoy it all.
Family members celebrated Gino at Chief Peak above Ojai on September 2.
Donations in Gino's memory should be directed to National Jewish Health of Denver or SmileTrain.
His daughter, sculptor Siri Hollander, manages the Hollander Gallery in Santa Fe, NM.

Jim, Lise, Siri and Scott Hollander
To plant trees in memory, please visit our Sympathy Store.
Published by New York Times from Sep. 8 to Sep. 9, 2015.
MEMORIAL EVENTS
No memorial events are currently scheduled.
To offer your sympathy during this difficult time, you can now have memorial trees planted in a National Forest in memory of your loved one.
MEMORIES & CONDOLENCES
17 Entries
Loved you than, love you now. Never go to a garage sale without thinking of Barbi. Miss you both like crazy.
Karen Banfield
Friend
September 2, 2020

i'm grateful to have the honor of knowing him. I have two of his paintings.
Florence Sanfilippo
Friend
September 2, 2020
Grief can be so hard, but our special memories help us cope. Remembering you and your loved ones today and always.
Florence Sanfilippo
Friend
September 2, 2019
I just learned of Gino's passing. So sorry for your loss - my sincere condolences. I met him in Greenwich Village at an art show in 1961 and hired him to do a painting for my new apartment (I had just gotten married.) That painting is still in my home. I contacted him a few years ago and wrote to him of my husbands passing. I was shocked he remembered me and my husband after all those years and he sent me a painting as a gift, which is hanging in my bedroom. I will always treasure his friendship and generosity.
Florence Sanfilippo
August 16, 2016
Memories of Spain. So sad to hear.
Chris
February 12, 2016
A wonderful artist and man. We have 5 of his paintings which we bought in San Diego in the seventies. Our guests are always impressed with their emotion and detail. The world lost a fantastic artist. I am sorry for your loss.
rhoda smith
January 29, 2016 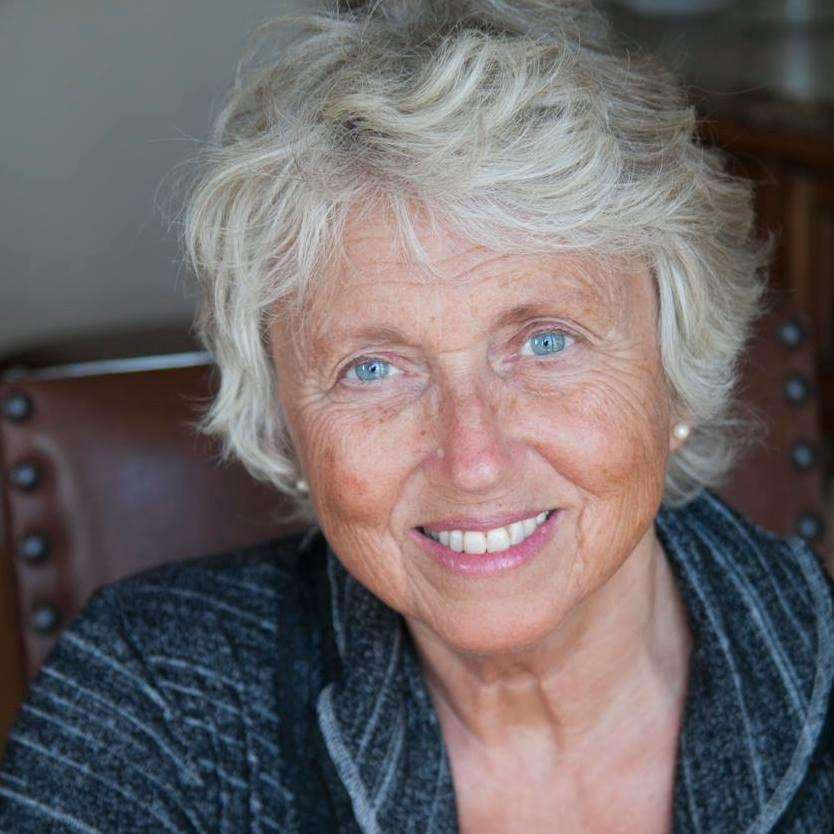 Sad and shocked at your passing. I love you Mr. Hollander and know you are gracing where ever you are with vibrant colors and unique images. Enjoy the great beyond. The good times I had with you and Barbie are forever with me.
Karen Banfield
January 7, 2016
So sorry.....you had an amazing father. We own twelve of his paintings and had the pleasure of having lunch & spending a wonderful day at Museo Hollander with your dad, mom, sheepdogs & Impy (the chimp)when we were in Spain on vacation. We will never forget him, he is in our prayers as well as you his family.
Shirlee & Warren Segal
December 21, 2015
I am very sorry for your loss. Gino was a gift to all who knew him. It was an honor to know him and enjoy his company. I admire his work every day.
Lon Dugger
September 19, 2015
I will always remember you for the wonderful portrait you did of my Mother G.J.A. Cain
September 19, 2015
Gino, your Ojai friends miss you. We loved having you and Barb in our midst and were so sorry when we lost you from the Mercer Street gang. RIP my friend. We shall meet again.
Lavonne Theriault
September 11, 2015
On behalf of the Horton family of Ojai I send our sincere condolences to Barbara and family. It was an honor to know you both as friends - unique, passionate individuals and oh so creative.
Ann Horton
September 11, 2015
leslie marcus
September 11, 2015
What an honor to work for Gino
Making his stretchers for his paintings
God Bless my friendi
Clint Erickson
September 10, 2015
The world has lost a good and talented man. I am happy to have known him.
So very sorry for you loss.
Maureen Toolan
September 8, 2015
Sorry for your loss. Beautiful obituary for a special man.
Shelly Gross
September 8, 2015
Gino was a great gift to all who came in contact with him and especially to me. I am eternally grateful for the honor of having known him. He and all the Hollander family will forever take up a huge space in my heart.

I love you all and am with you in spirit today and always.